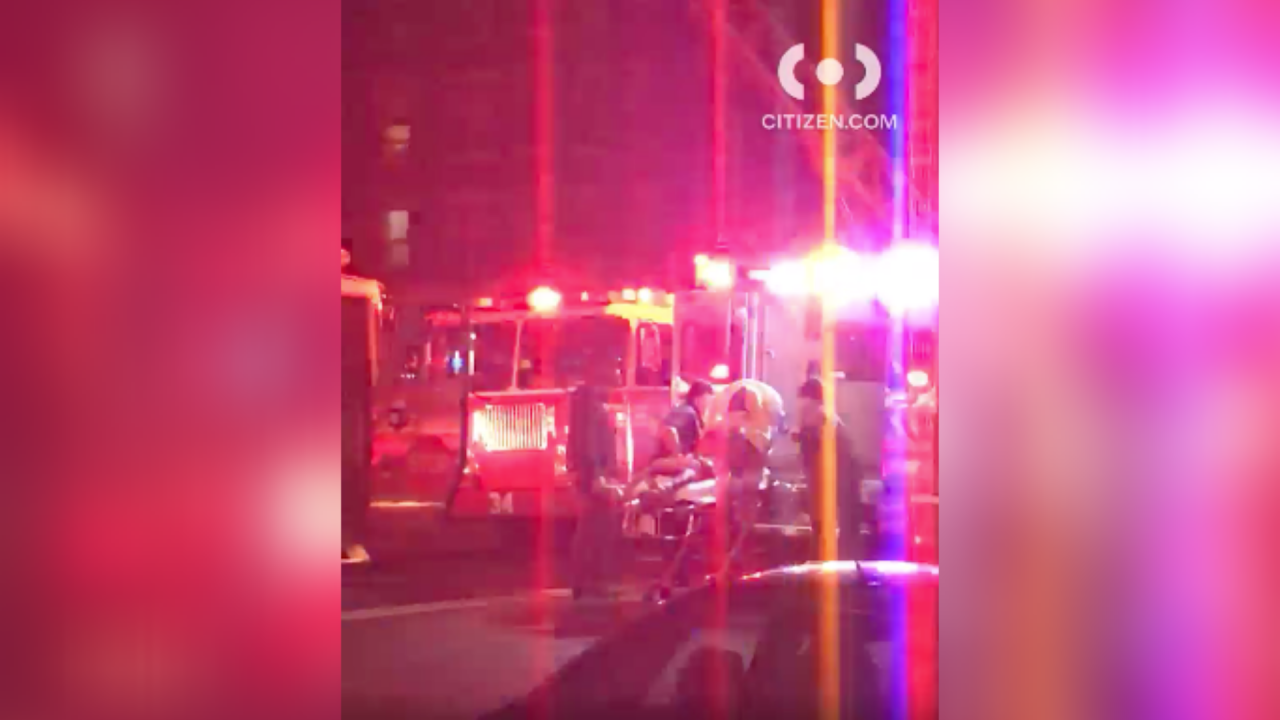 HARLEM, Manhattan — Two children are among five people who suffered minor injuries in a fire that broke out in a Harlem apartment building Saturday night, according to the FDNY.

Officials said they got the call at about 7:45 p.m. at the six-story building at 2843 Frederick Douglass Blvd., near the corner of West 152nd Street, in Harlem.

A firefighter is also among those injured, as well as the two children and two other adults, authorities said.

The cause of the fire is not known at this time.