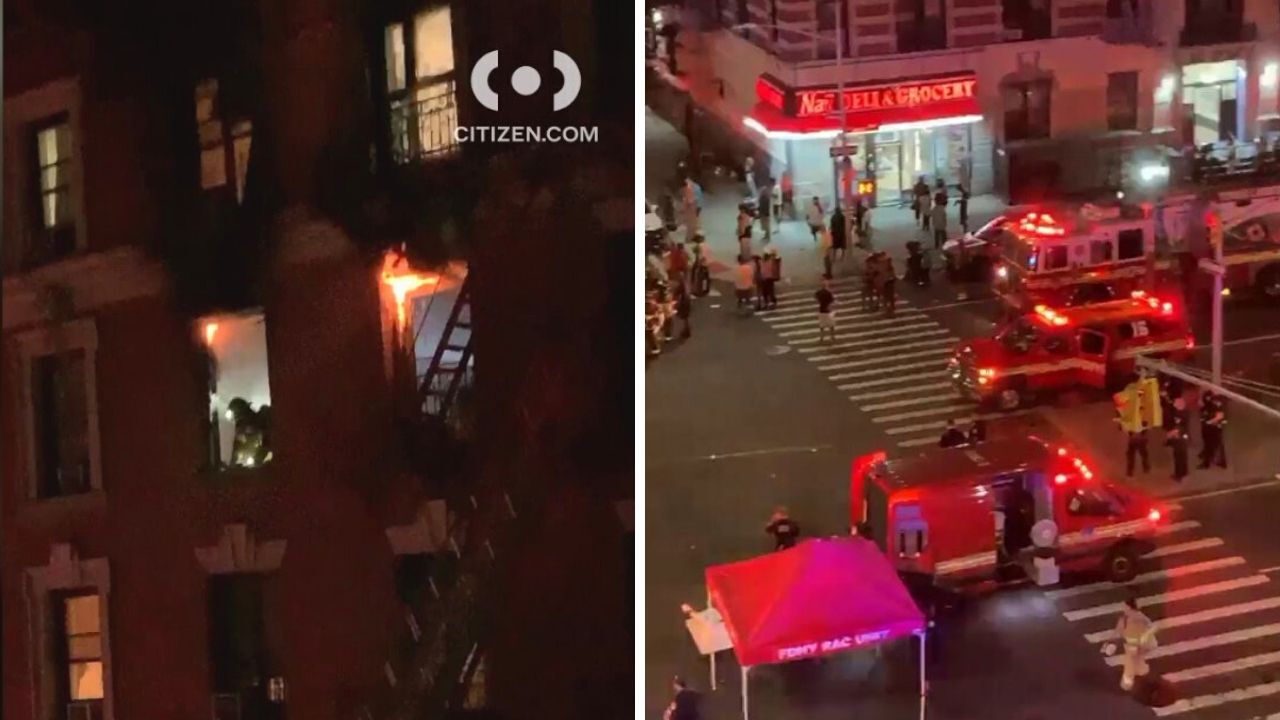 Citizen App
A large fire ripped through a Harlem apartment building early Monday, July 20, 2020, according to the FDNY.

HARLEM, Manhattan — Four people, including two firefighters, sustained injuries when flames tore through a Harlem apartment early Monday, according to the FDNY.

Crews responded around 1:20 a.m. for reports of a fire on the sixth floor of the apartment building located at 2394 Adam Clayton Powell Jr. Blvd, near 140th Street, fire officials said.

According to the FDNY, 106 firefighters from 25 units responded to battle the two-alarm blaze.

Two civilians and two firefighters were injured and taken to a nearby hospital, officials said. The extent of these injuries was not immediately clear.

The FDNY said the fire was officially placed under control around 3:30 a.m.

The cause of the fire is currently under investigation.