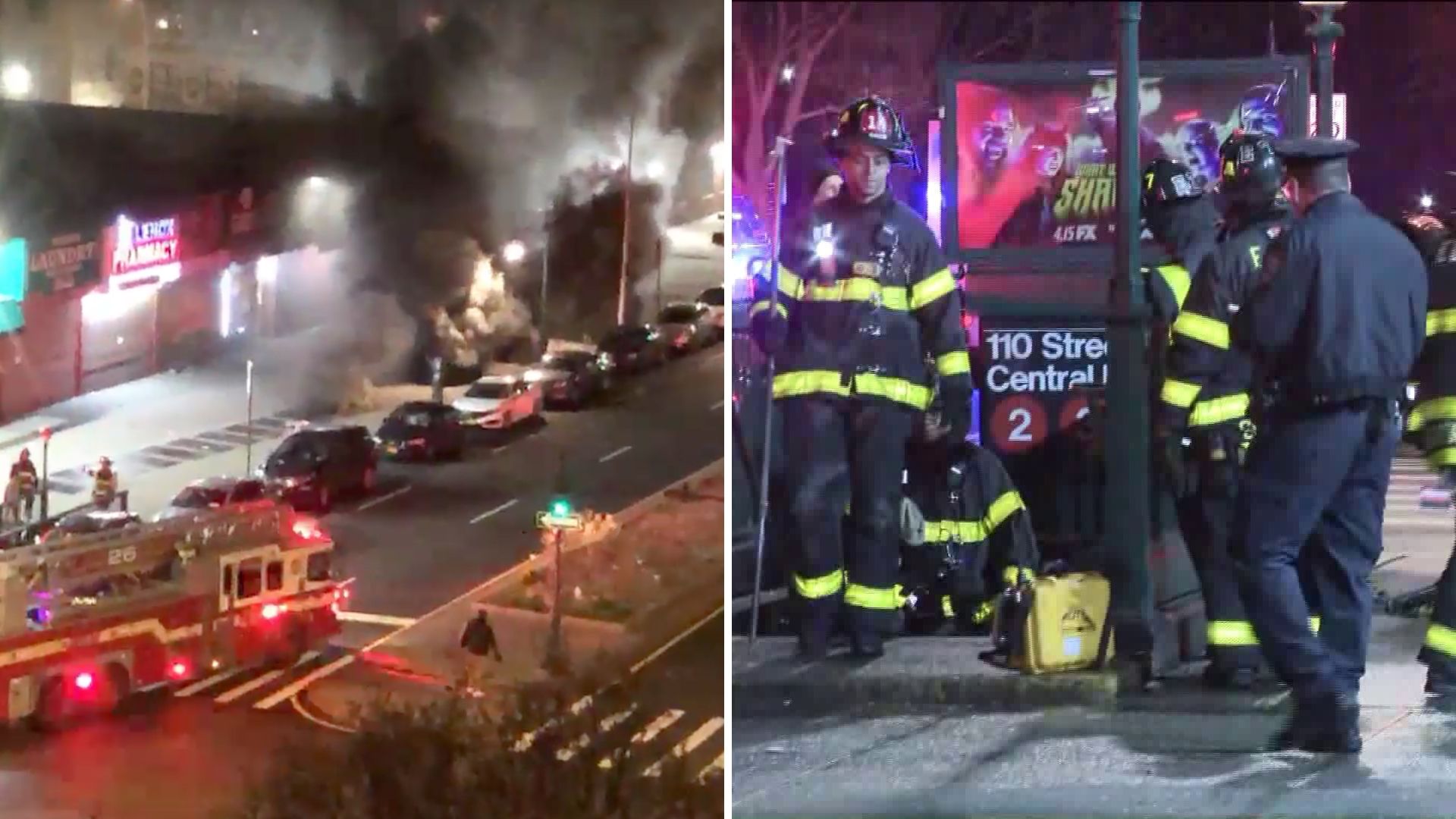 A man was killed and at least 17 others were injured when fire broke out on a train near a Harlem subway station just north of Central Park early Friday, the FDNY said. According to fire officials, the call came in around 3:18 a.m. for smoke in the Central Park North (110th Street) / Lenox Avenue station along the No. 2 and 3 train lines. Police said the fire happened on a northbound No. 2 train near the station. Large, dark clouds of smoke could be seen billowing out of street-level subway grates in videos posted on the Citizen App. A man was pronounced dead at the scene and 17 other people suffered injuries, including a train conductor, authorities said. Five of those injured are firefighters. The extent of the injuries is not currently known. 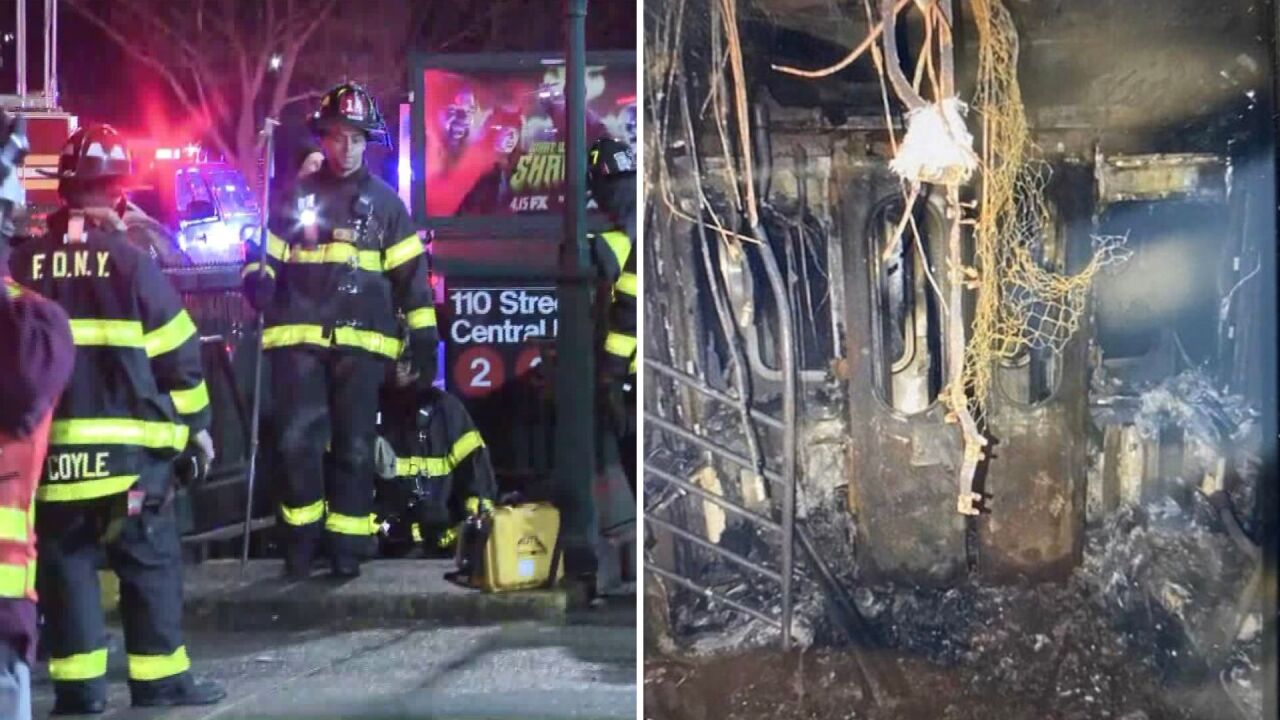 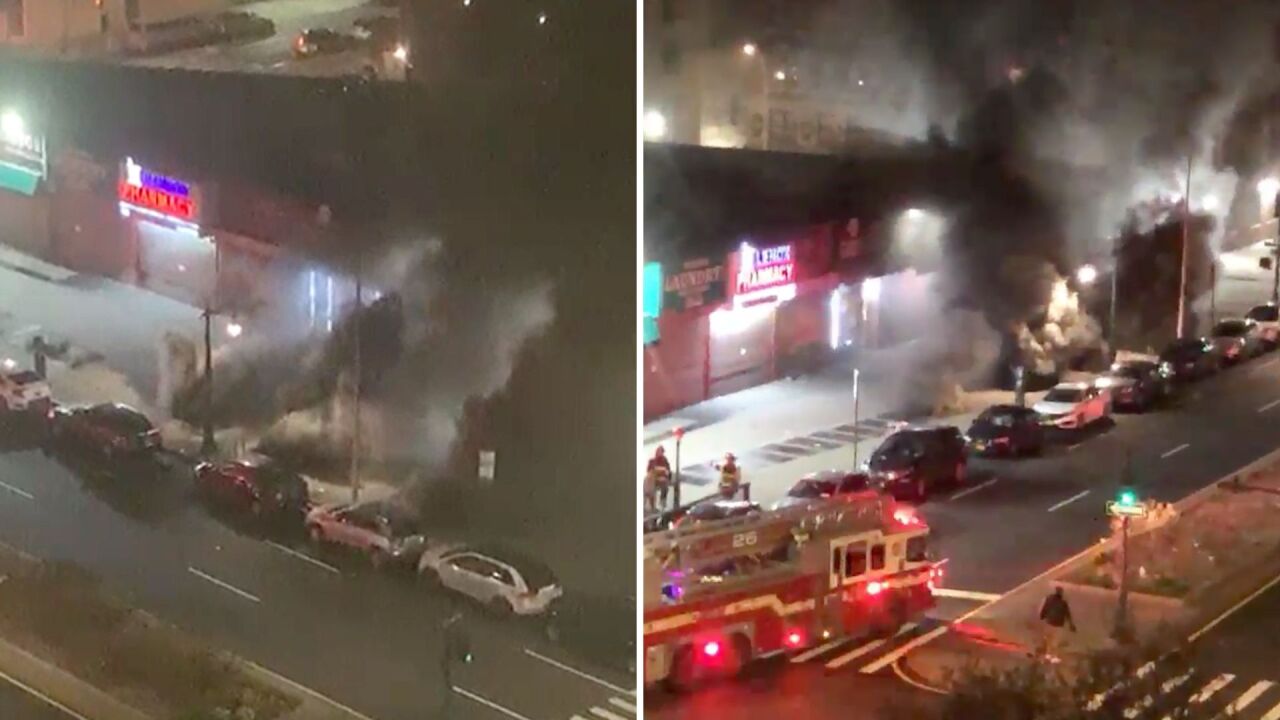 HARLEM, Manhattan — An MTA worker was killed and up to 17 others were possibly injured when fire broke out on a subway train near a Harlem station just north of Central Park early Friday, the FDNY said.

"We are devastated by this. This is a hard moment for New York City Transit," said Sarah Feinberg, Interim President of NYCT, at a press conference Friday.

Large, dark cloud of heavy smoke could be seen billowing out of subway grates at the street level early Friday.

The conductor and MTA employee successfully evacuated passengers from the train and off the platform, MTA officials said.

Passengers and crew from a second train, behind the train with the fire, were also evacuated, but through the tunnel and out of an emergency exit.

After the fire, the 36-year-old conductor who had helped get people to safety was found on the tracks and pronounced dead at the scene, Deputy Chief Brian McGee said at the press conference Friday.

McGee said the NYPD are investigating any connection to several other fires at nearby subway stations, including two on subway platforms at 86th and 96th streets earlier Friday morning, and a street-level fire by the 116th Street station reported later Friday morning.

While the cause of deadly fire is not clear at this time, MTA officials said it is being investigated as a criminal matter.

The NYPD is asking witnesses to come forward and share any information they may have by calling Crime Stoppers at 1-800-577-TIPS (8477).

The MTA and police refrained from identifying the conductor killed in the incident.

Twitter user @TripleG_RTO, a fellow MTA train conductor, shared a shocking photo showing what he says is the inside of the train car after the fire.

Authorities initially said 17 other people suffered injuries, including a train conductor and five firefighters; MTA officials later said the number of injured was unclear. The extent of the injuries is also not currently known.

"When units arrived on scene they found heavy fire inside the subway station coming from the cars. There was a heavy smoke condition, limited ventilation, and lots of heat. The fire went to a 2nd alarm which is about 106 members on scene. This was a difficult operation but that's what we do, we overcome and put it out," says #FDNY Deputy Assistant Chief Fred Schaaf, from the scene of a 2-alarm fire early this morning at 110th Street and Lenox Avenue inside a subway car in Manhattan. There were 12 injuries to civilians reported - including one fatality, four serious injuries, and seven non-life-threatening injuries. There were five non-life-threatening injuries to Firefighters reported. The cause of the fire remains under investigation.

Watch the MTA's Friday press conference in full below: