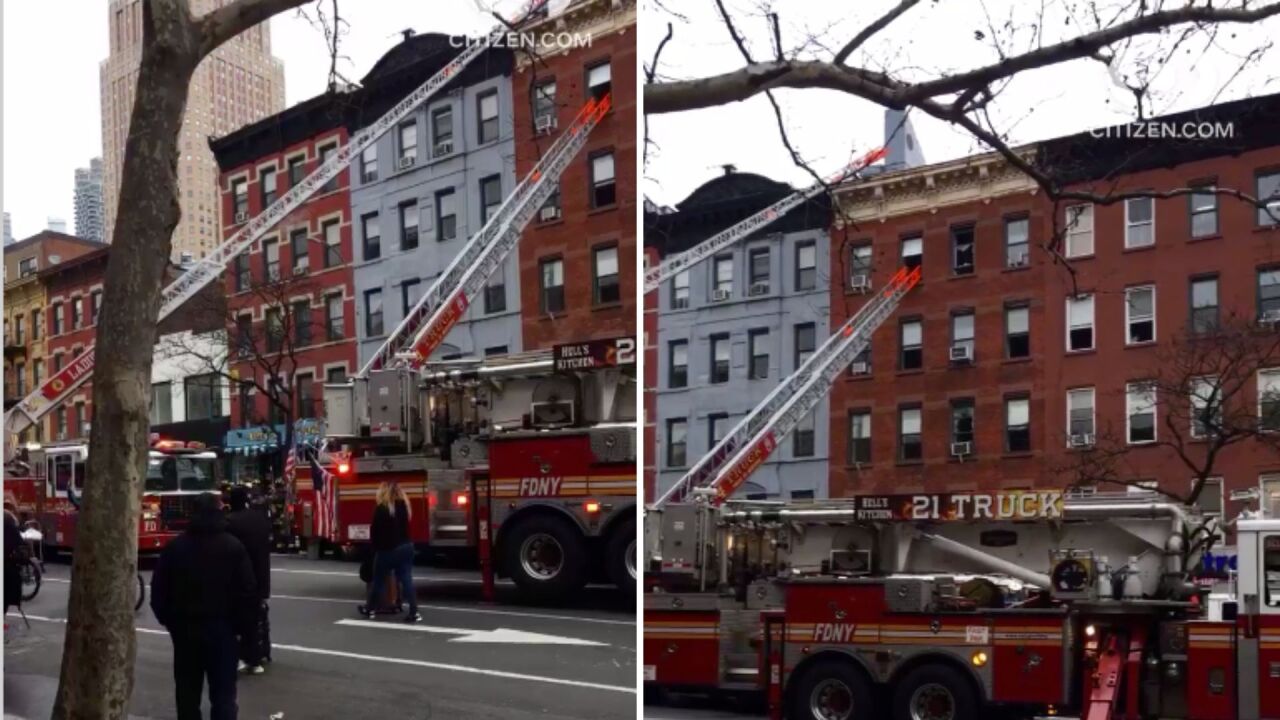 At least four fireifighters and one civilian were injured when a fire broke out at a building in Hell&#39;s Kitchen on Jan. 10, 2020, FDNY said.

The blaze occurred in the vicinity of Ninth Avenue and West 46th Street, fire officials said.

At least four firefighters were injured while battling the fire, FDNY officials said.

One civilian was also injured during the blaze, authorities said.

Video from Citizen App shows fire trucks surrounding the block with several windows of the building opened or broken into.