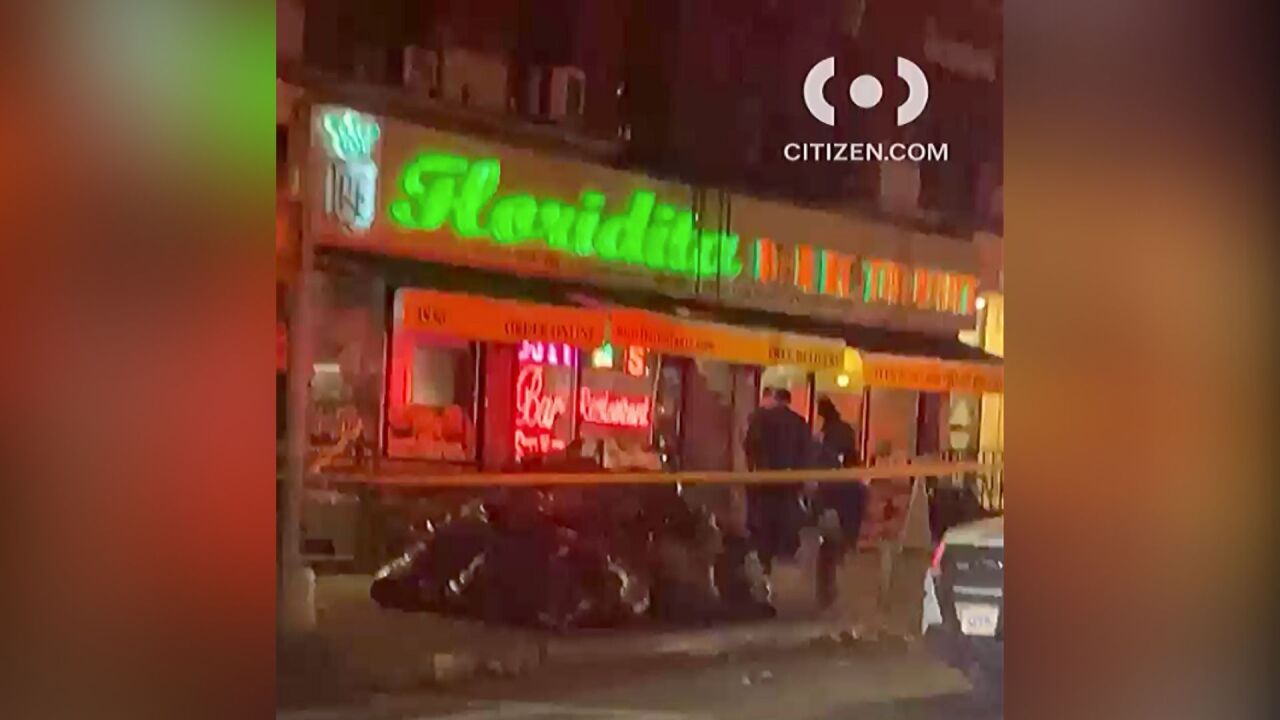 INWOOD, Manhattan — Police said a man is dead and a woman was wounded in a shooting early Monday in Upper Manhattan, reportedly at a popular Cuban restaurant in Inwood.

Officials said a 911 call came in just before 5 am. for two people shot at 3856 10th Ave. in the Inwood neighborhood, which is also the same address as El Floridita Restaurant, according to Google Maps.

Police said the 28-year-old man was shot in the torso after a dispute at the restaurant. He was rushed to a nearby hospital and pronounced dead.

Meanwhile, a 58-year-old woman, who police say was likely an innocent bystander, was also shot in the leg, according to the NYPD.

The shooting remains under investigation.

Editor's note: The man's age has been updated per new reports from police.