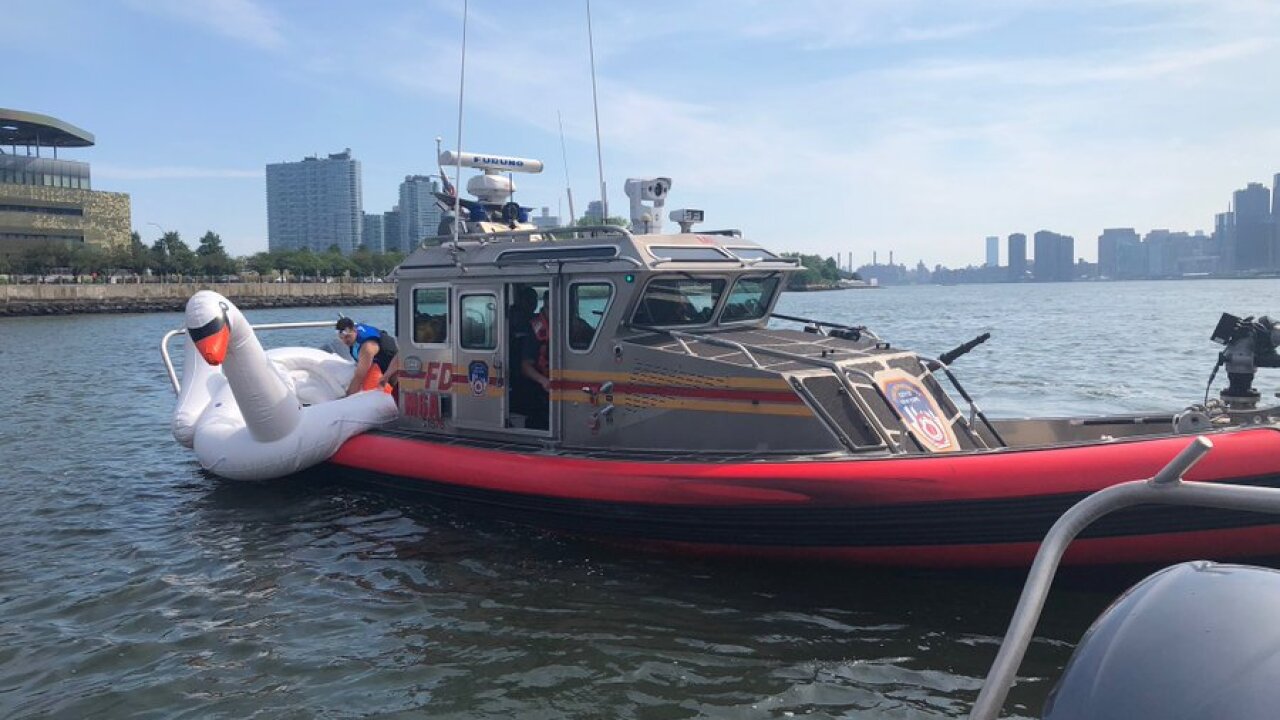 FDNY
Two people were rescued from the East River after the inflatable swan pool float they were on was overcome by a fast-moving current on Sunday, July 19, 2020, fire officials said.

MIDTOWN EAST, Manhattan — Two people were rescued from the East River on Sunday after they took a dangerous voyage on a giant inflatable swan, according to the FDNY.

First responders were called to the river for reports of multiple people in the water near East 55th Street around 3:39 p.m., officials said.

When members of an FDNY marine unit arrived, they found two people who had gone into the water after their swan pool float was overcome by a fast-moving current and placed in the way of marine traffic, officials said.

Both individuals were evaluated by EMS after they were brought to shore, but no further assistance was needed.

Fire officials posted a photo of the inflatable swan on Sunday and urged New Yorkers to be careful about where and when they enter the waters surrounding Manhattan.

“Only enter the water where swimming is permitted and where lifeguards are on duty,” the FDNY tweeted.