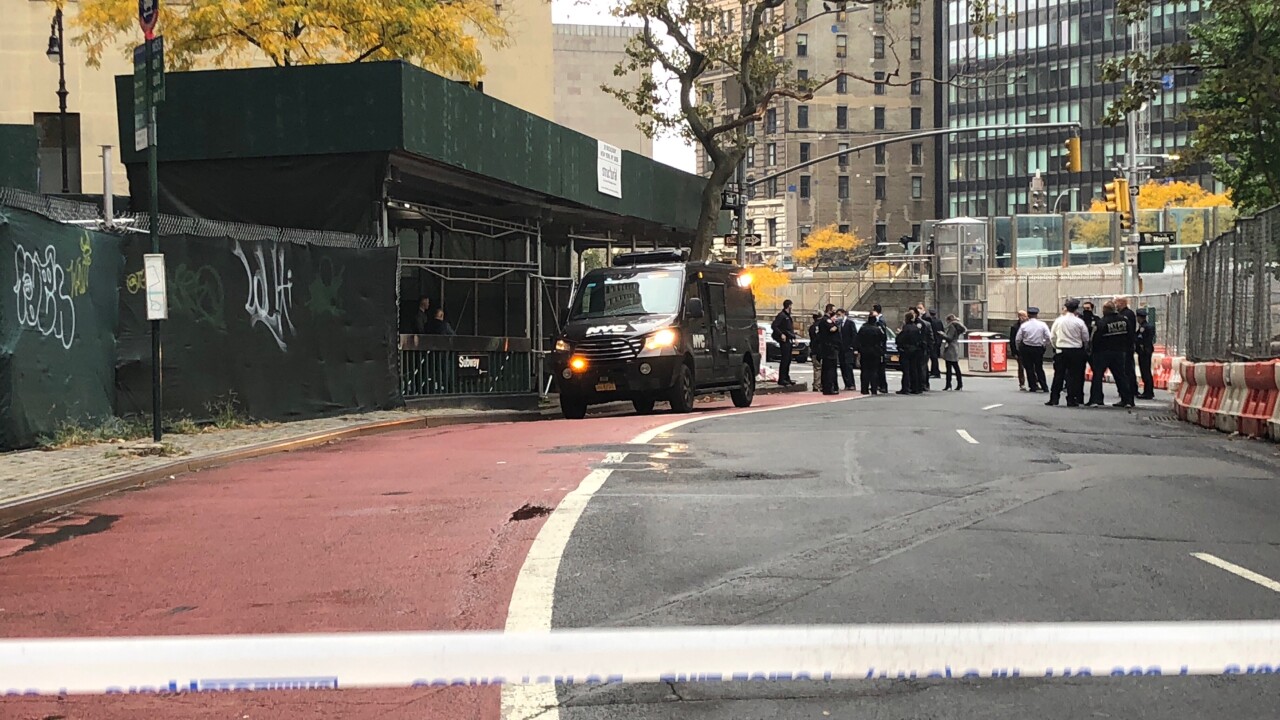 Officers who were called to the corner of Morris and Greenwich streets around 9:19 a.m. found a man and a woman with multiple gunshot wounds, according to the NYPD.

The 40-year-old woman was shot in the head and torso, and had a laceration to the neck, police said. She was pronounced dead at the scene, according to police.

The 46-year-old man was found with a gunshot wound to the head and a laceration to the neck, police said. He was taken to a hospital, where he was pronounced dead, police said.

Authorities said the man shot the woman before turning the firearm on himself.

A firearm and a knife were recovered at the scene, police said.

The names of the victims are being withheld by police until their families are notified.