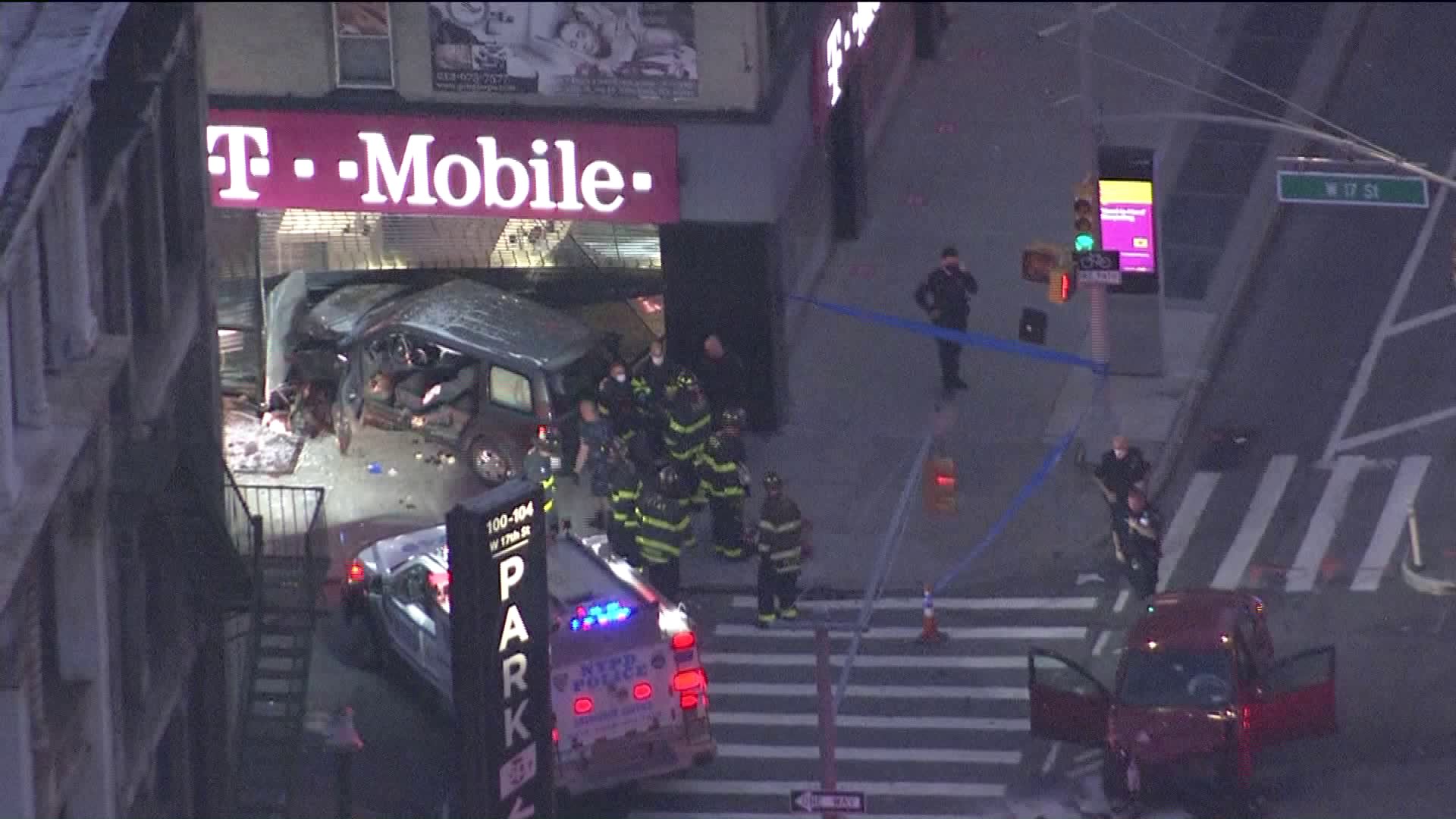 At least two people were injured when a vehicle crashed into a T-Mobile cellphone store in Manhattan's Chelsea neighborhood on 17th Street early Wednesday, authorities say. The SUV plowed into the store around 6 a.m., officials said. 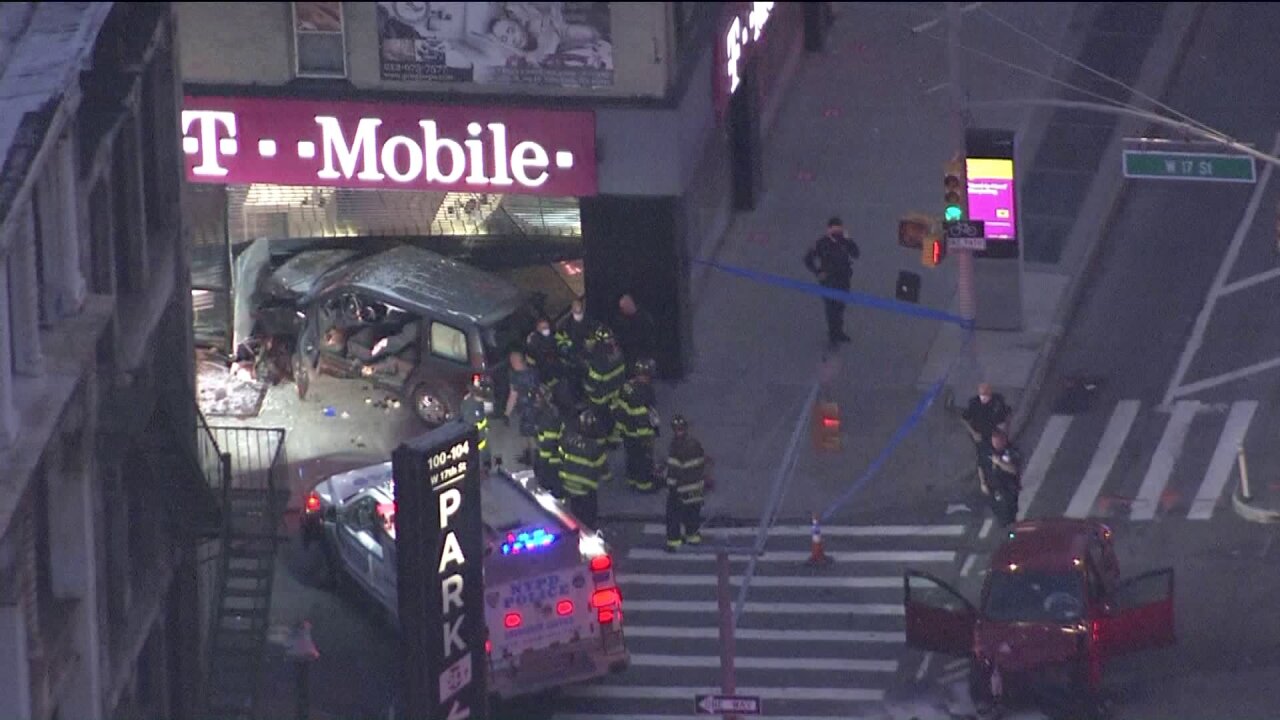 CHELSEA, Manhattan — At least two people were hurt when a vehicle crashed into a storefront in Manhattan's Chelsea neighborhood early Wednesday, the FDNY said.

AIR11 was over the scene after the SUV plowed into the T-Mobile store on West 17th Street, near Sixth Avenue, just after 6 a.m., officials said.

A red car was also seen with damages at the location but details of the incident were initially unclear.

Police said a passenger from the vehicle had been safely removed.

Officials said EMS responded and took two people to a local hospital for treatment. The extent of their injuries was not immediately known.