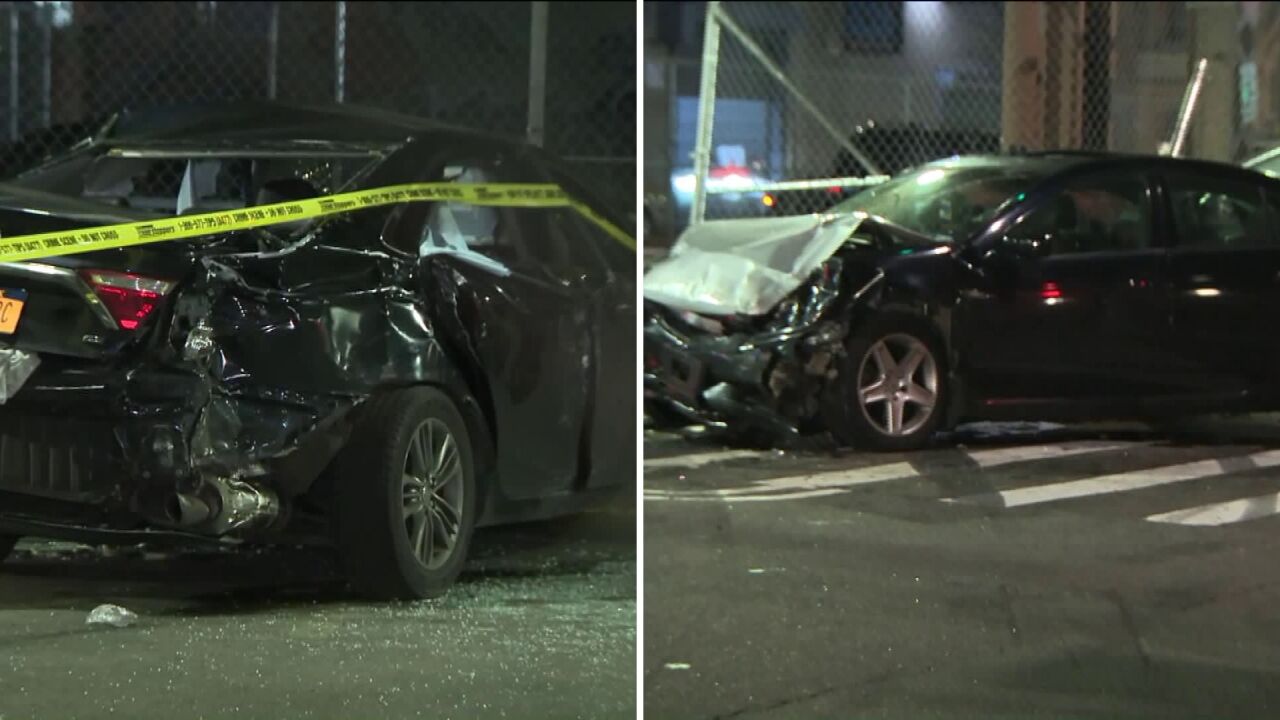 WPIX
At least two people were injured, one seriously, in an East Harlem crash. Police are searching for the driver of one of the vehicles.

It happened in the vicinity of Park Avenue and East 129th Street just before 1 a.m.

In the crash, a livery cab was T-boned by another vehicle, according to police.

The driver of the vehicle that struck the livery cab fled the scene, police said.

One person was taken to the hospital in critical condition, and another was treated for non-life-threatening injuries, according to FDNY officials.