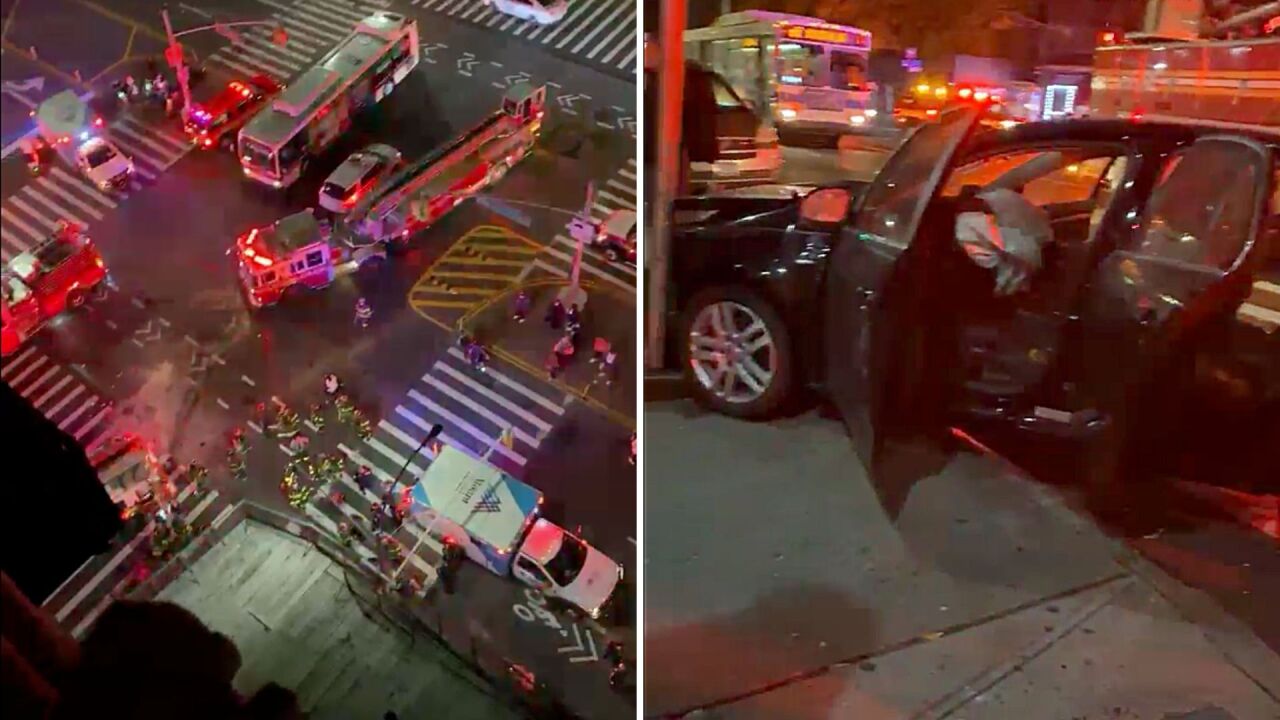 Citizen App
Images from the scene after a car struck a motorcycle in Harlem, critically injuring a man and woman on the motorcycle, on Sunday night, Nov. 8, 2020, according to police.

HARLEM, Manhattan — A woman was taken into police custody after her car struck a motorcycle in Harlem Sunday night, critically injuring two people, according to the NYPD.

Police said the collision occurred around 10:30 p.m. at the intersection of West 116th Street and Adam Clayton Powell Jr. Boulevard.

A man and woman were riding the motorcycle northbound on Adam Clayton Powell Jr. Boulevard when a Volkswagen Jetta, traveling south on the boulevard, attempted to make a left turn onto West 116th Street, authorities said.

That's when the car struck the motorcycle.

The man driving the motorcycle and the female passenger were rushed to local hospitals, where they were both listed in critical condition early Monday, officials said.

The 23-year-old driver of the car was taken into custody on suspicion of driving while intoxicated, the NYPD said. No arrests had been made and no charges had been filed as of early Monday morning.