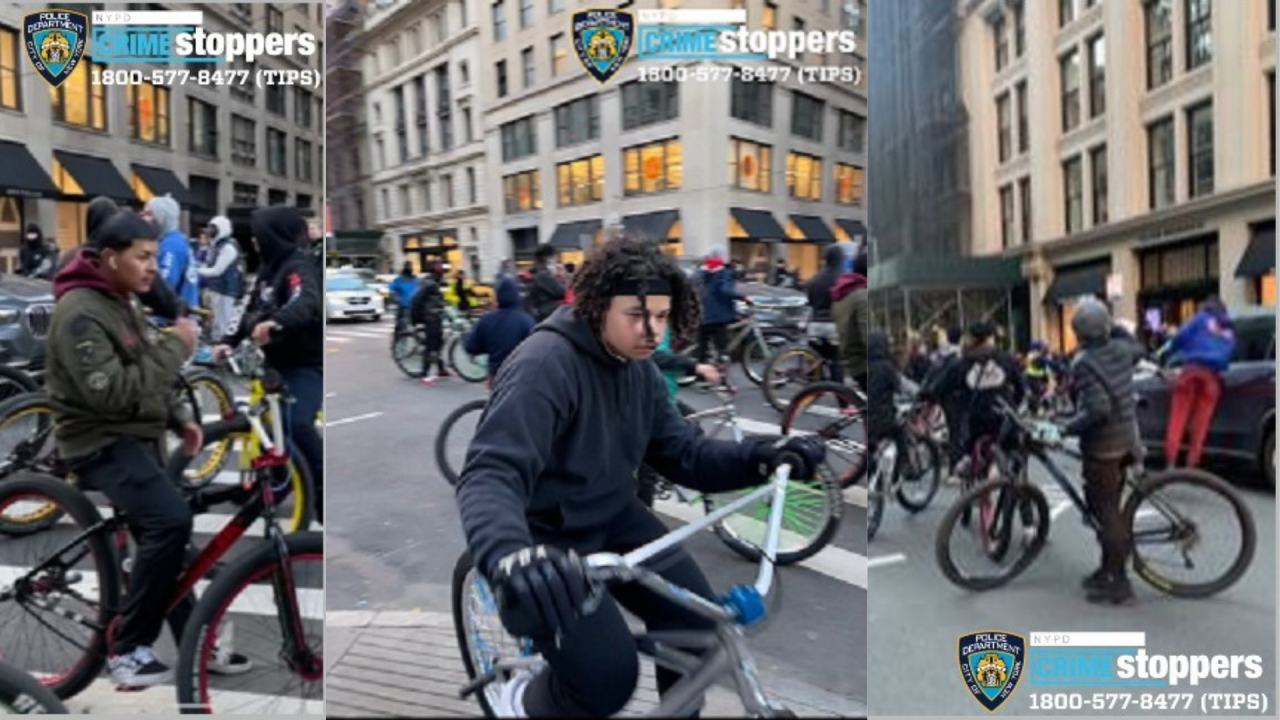 FLATIRON DISTRICT, Manhattan — Police arrested a 15-year-old boy after video went viral of a group of teens on bikes attacking a vehicle at a Manhattan intersection Tuesday afternoon.

The NYPD said early Thursday that the teen was taken into custody on riot and criminal mischief charges.

The boy was just one of a large group caught on video hitting the occupied SUV with bikes, jumping on the hood, breaking mirrors and damaging the windshield, before getting back on their bikes and riding off, police said.

Mayor Bill de Blasio on Thursday called the attack "unacceptable" and vowed that other members of the group will be found and arrested.

Officials said it happened just after 4 p.m. at the intersection of East 21st Street and Fifth Avenue, where the driver of the 2019 BMW stopped to let the group of cyclists go by.

Video shows some even attempting to punch the vehicle's windows.

Officials said the vehicle suffered damage that was more than $250. No injuries were reported.

All individuals in the group were described as males in their teens, police said.