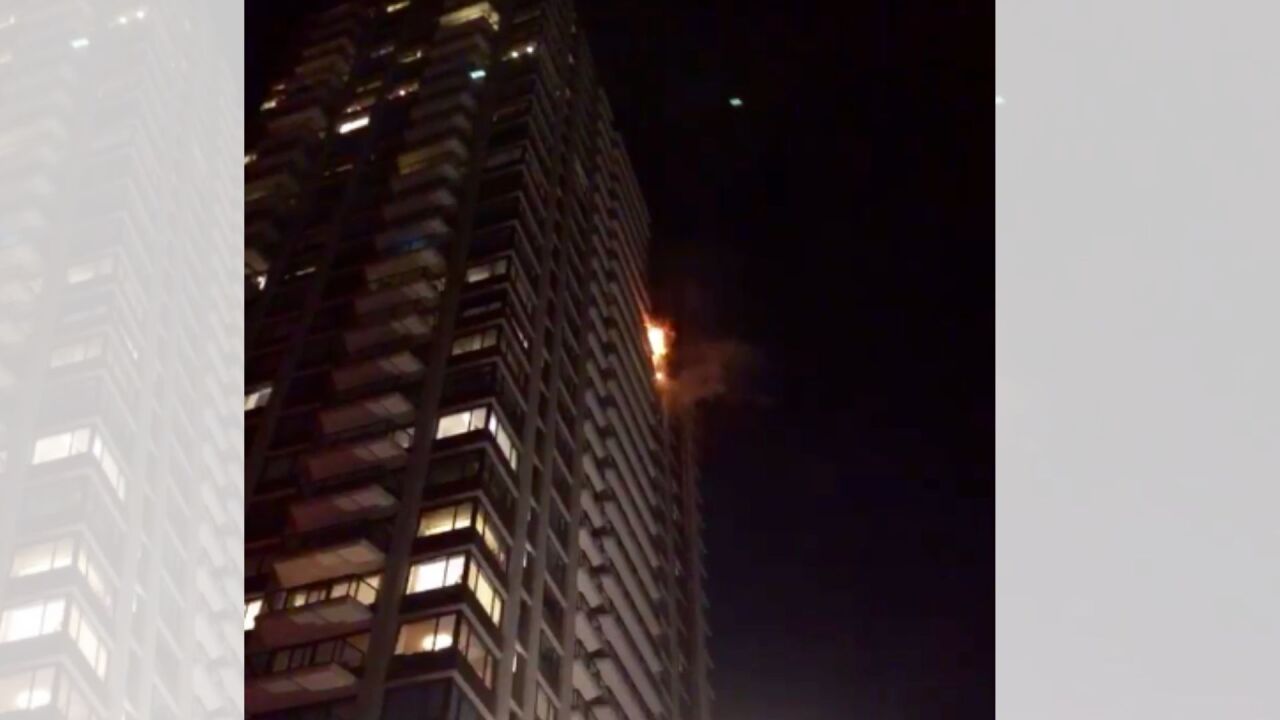 Citizen App
A 76-year-old man was killed when a fire broke out at an Upper East Side apartment, authorities said.

UPPER EAST SIDE, Manhattan — A person is dead and two more are injured in a high rise fire on the Upper East Side Friday night, according to the FDNY.

The fire started at around 9 p.m. on the 25th floor of an apartment on East 84th Street.

As firefighters extinguished the blaze, authorities found a 76-year-old man inside the bedroom of the location, with severe burns in his body, police said. He was pronounced dead at the scene.

One person was taken to the hospital with non-life-threatening injuries. Another person suffered minor injuries, fire officials said.

At least 20 units and 78 firefighters were on the scene. The blaze was under control by 9:49 p.m.