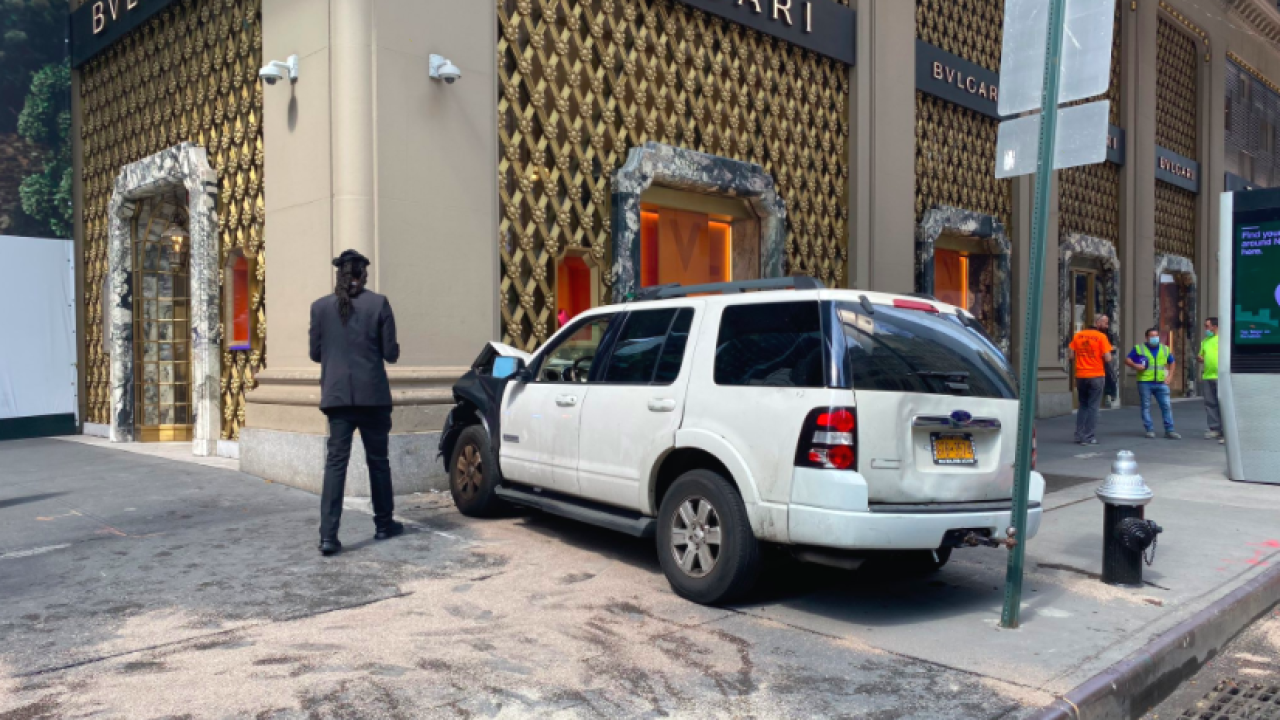 Twitter/NYPD Midtown North
One person was arrested after a stolen vehicle hit a building in Manhattan July 3, 2020.

MIDTOWN MANHATTAN — One person was taken into custody after a vehicle struck a building in Midtown Manhattan Friday morning, police said.

It happened along Fifth Avenue and West 57 Street in Midtown Manhattan.

Photo released by police shows a white Ford SUV with frontal damage on the sidewalk in front of luxury retail store BVLGARI.

No pedestrians were injured, according to police.

The suspect has not been identified and charges were not immediately announced.

Several streets were temporarily closed to traffic, but have since reopened, police said.

Update: All streets and sidewalks have been reopened.