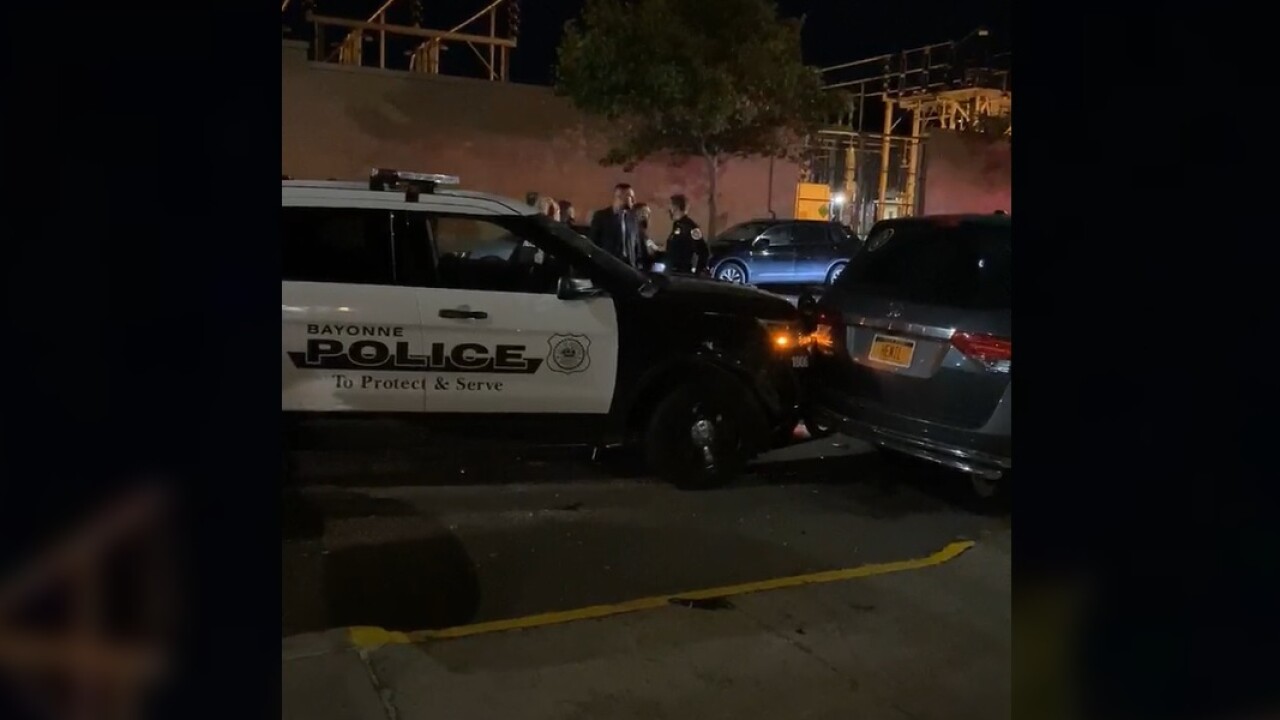 Citizen App
A Bayonne Police Department vehicle was stolen and ended up in Brooklyn after a police chase early Sunday, Oct. 25, 2020, authorities said.

SOUTH SLOPE, Brooklyn — Police arrested a man who stole a New Jersey police vehicle Saturday night and led officers on a chase through Staten Island and Brooklyn before crashing into a parked car, authorities said.

The incident began in Bayonne around 11:30 p.m., when an officer left his marked police vehicle at an intersection to block traffic during a crash investigation, according to police.

When the investigation was over, the officer went to retrieve his vehicle only to find that it had been stolen, authorities said.

Police departments in the surrounding area, including the Port Authority Police Department and NYPD, were notified of the missing vehicle.

Officers followed the vehicle, which crossed the Verrazzano-Narrows Bridge to Brooklyn, where the NYPD joined the pursuit, officials said.

The chase ended when the driver crashed into a parked vehicle at 23rd Street and 5th Avenue in South Slope.

The driver, Frank Suarez, of Bayonne, was arrested and charged with criminal possession of a stolen vehicle, reckless endangerment, unauthorized use of a vehicle, criminal mischief and speeding, according to the NYPD.

"The Bayonne Police Department would like to extend sincere thanks and appreciation to all of the agencies that helped bring this unfortunate incident to a safe and successful resolution," a department spokesman said Sunday morning.