Man hit with firework, beaten by group on A train: NYPD 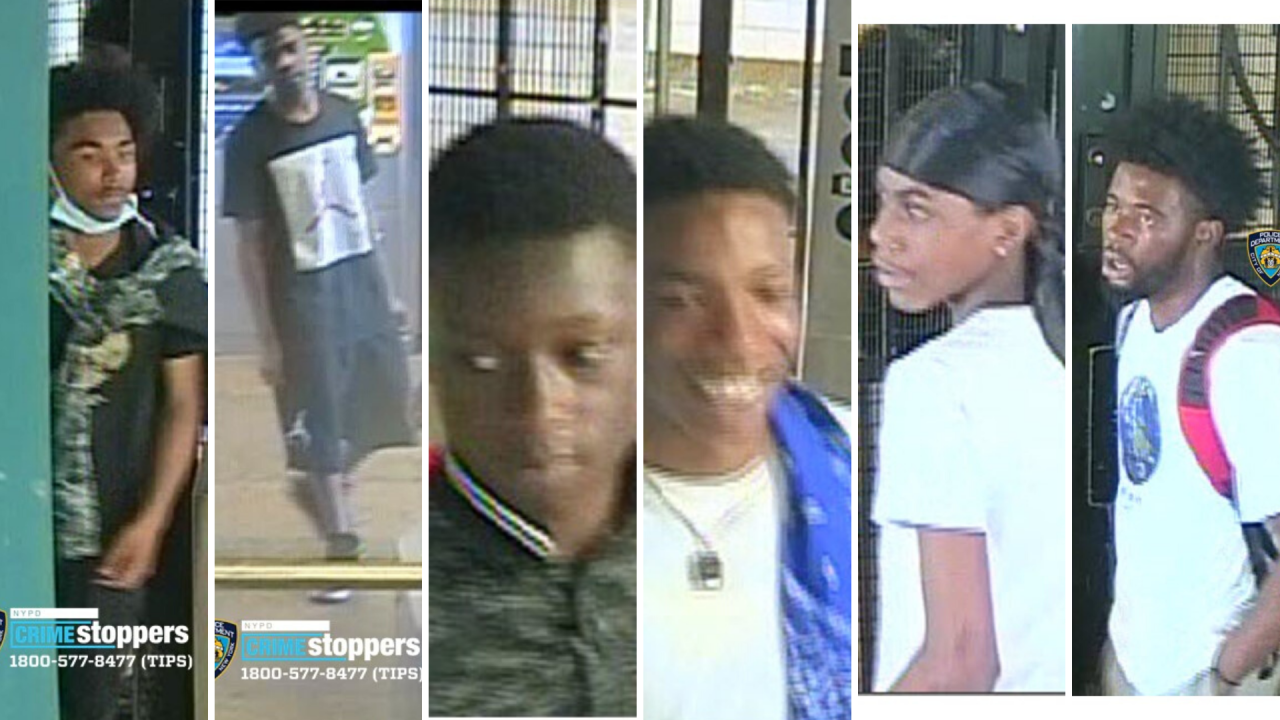 A group threw a firework at someone in a subway station and then beat him. Police have asked for help identifying the suspects. (NYPD)

NEW YORK CITY — A group of people threw a firework at a man on a Manhattan-bound A train Monday before punching and kicking him as he tried to escape, police said Wednesday.

Officials said it happened at around 6:15 p.m. at the Far Rockaway-Mott Avenue subway station in Queens.

The group allegedly threw a firework at the 39-year-old man, which caused bruises and burns. Then, as the man exited the train at the Euclid Avenue station in Brooklyn, the group punched and kicked the man in the face and body causing him to fall to the ground, police said.

The group fled in an unknown direction, and the man was taken to a local hospital by EMS where he was treated for his injuries.