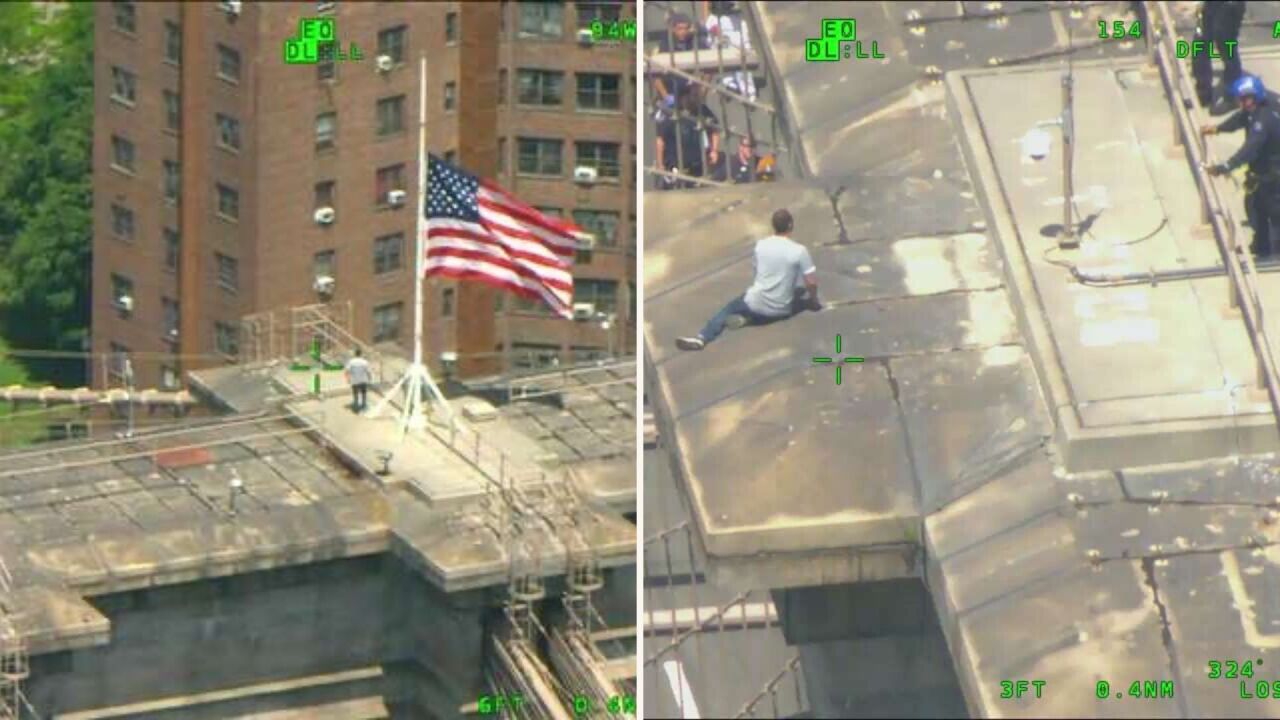 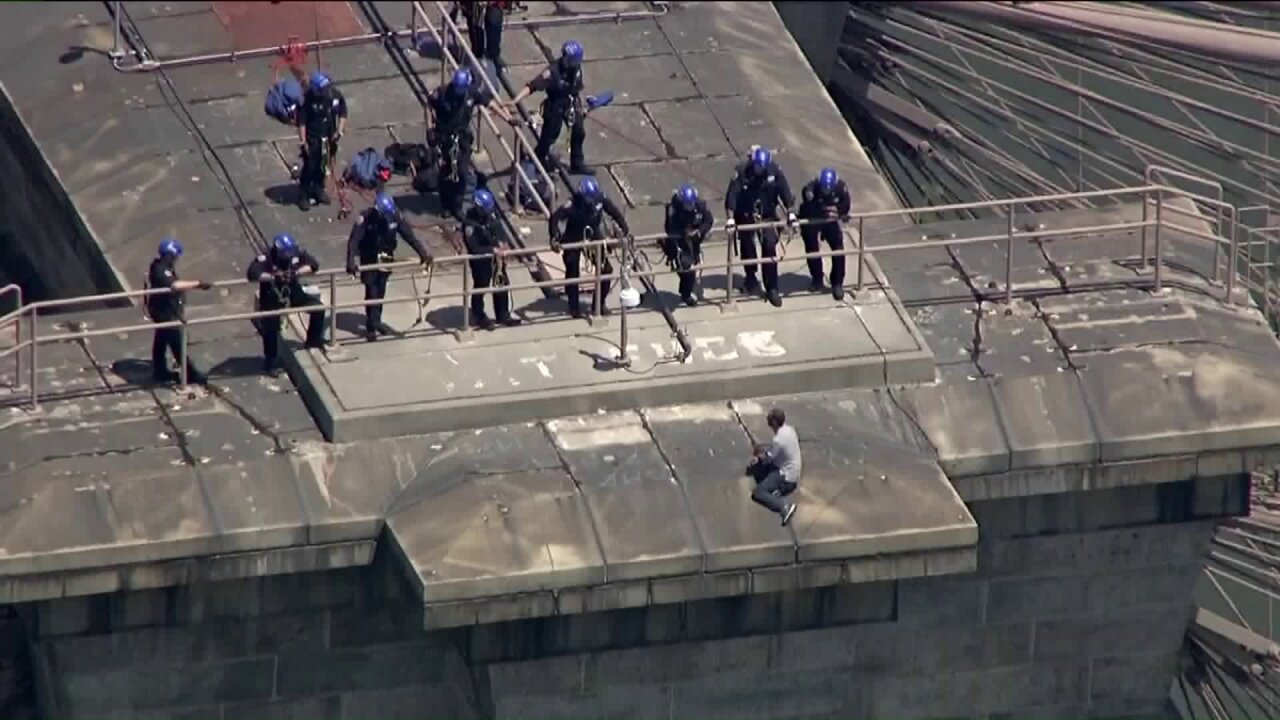 NEW YORK — A man who climbed to the top of the Brooklyn Bridge, causing it to be closed in both directions, has been taken into custody, according to the NYPD.

Police were called around noon about a person climbing the Brooklyn Bridge on the Manhattan side, authorities said.

The man threatened to jump, according to NYPD Special Ops.

Officers geared up to rescue the man while aviation and harbor departments provided aerial surveillance and waterside security.

Footage from AIR11 shows the climber sitting on the ledge of the bridge tower while officers attempt to talk him down.

Drivers can expect heavy traffic surrounding both sides of the bridge.

#HappeningNow #ESU safely placed the despondent male into custody & will be removing him to a local hospital for evaluation. #ESU members are highly trained & are always prepared to resolve any conflict.
Excellent job by all#Teamwork@NYPDnews@NYPDShea pic.twitter.com/Q8CSHyzv6y

The man was taken into custody on the bridge at around 3 p.m. Friday.

Click here for suicide prevention and mental health resources for those in need.