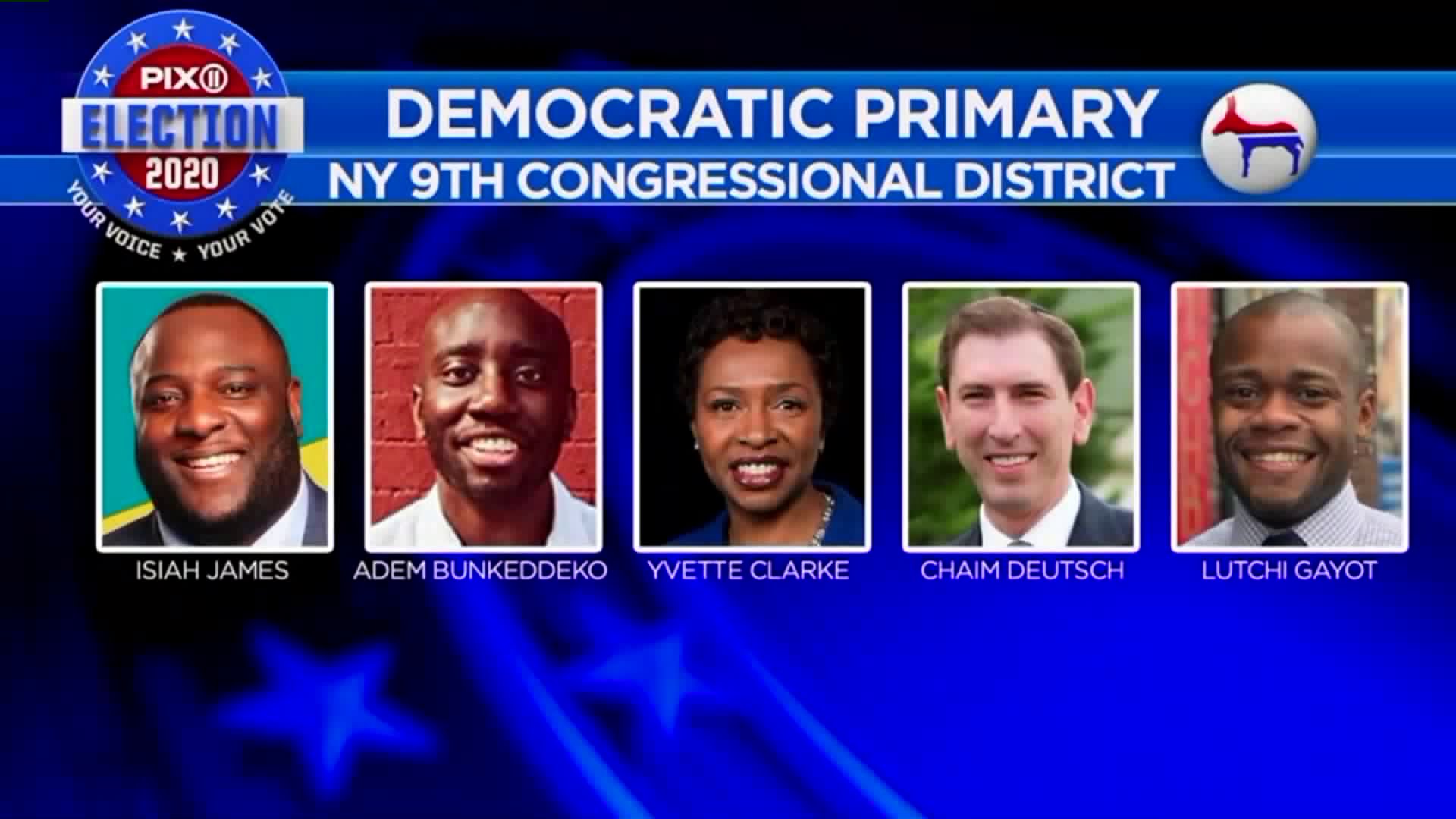 Yvette Clarke, a Congresswoman since 2007, faces four challengers in her primary June 23.

NEW YORK — Since 2007, Yvette Clarke has been the Congresswoman for Central Brooklyn, representing communities from Crown Heights to Sheepshead Bay.

In Washington, Clarke serves as Vice Chair of the House Energy and Commerce Committee.

“I have fought in Washington, D.C. since day 1 for fairness, justice and equity,” Clarke told PIX11 News in an interview Wednesday.

Clarke faces primary challenges this year from four candidates, including Adem Bunkeddeko, who came close to defeating Clarke in a 2018 primary.

"We have got a lot to do and it requires bold transformative leadership in Congress that we’re not getting right now,” Bunkeddeko told PIX11 News.

Isiah James says he’s running to put the needs of hardworking people above the greed of the rich and powerful, while Lutchi Gayot wants to support small bussineses and establish a universal basic income.

City Councilman Chaim Deutsch is also vying for the 9th Congressional district seat. He’s served on the City Council since 2014 and has the endorsement of several Brooklyn Jewish organizations, but he’s also come under fire for his stances on LGBTQIA+ issues.