Jennfer Gross, 54, (inset) was arrested in connection to a 2018 fatal fire in Centre Island. 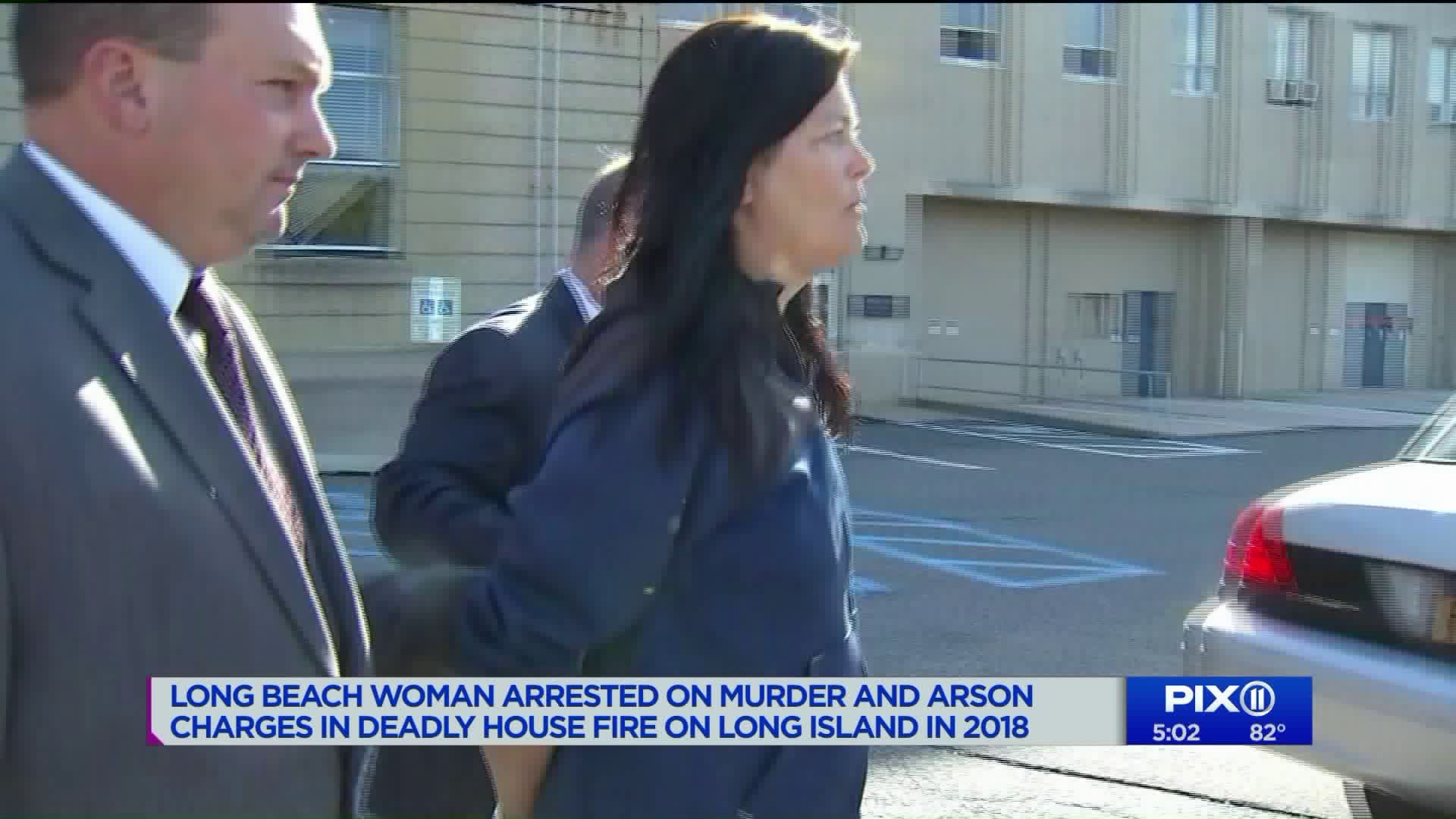 CENTRE ISLAND, N.Y. — A Long Beach woman was sentenced to 22 years in prison in the death of a Centre Island man, where she beat him and set his house on fire, according to authorities.

Jennifer Gross, 55, pleaded guilty to first degree manslaughter back in March; her sentence was revealed Thursday.

On Nov. 20, 2018, emergency responders were called to a fire that broke out at a Centre Island home.

Authorities extinguished the blaze and found James Coppola, 75, of Howard Beach, dead inside the home, according to police.

The blaze was determined to be suspicious, and homicide and arson squads were called to the scene.

Gross and Coppola had been involved in a violent 20-year relationship, police said. Coppola had an order of protection against Gross when he was killed, according to authorities.

According to Thursday's statement by the Nassau County District Attorney's Office, Gross showed up at Coppola's home and demanded money from him. When he refused, she attack him, beating him with an object from the home, ultimately killing him.

She then set the house on fire to cover up his death, the DA's office said.

“This case represents the violent end of an off and on relationship that included police-involvement, money and arguments back and forth over the years,” DA Madeline Singas said. “It was revealed through the excellent investigative work of the Nassau County Police Department and my office that James Coppola was killed in a fit of rage when a demand for money was not met. That rage was followed by calculated efforts to cover up the killing and theft by fire. This sentence holds the defendant responsible for her actions and seeks to provide justice to the Coppola family.”

Detective Lt. Stephen Fitzpatrick previously said Gross was arrested after she pawned jewelry that had belonged to Coppola.