Will Amazon's plan for a LI facility meet the same fate as its NYC's HQ2? 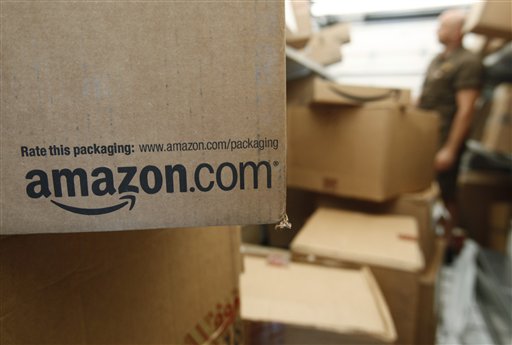 Amazon wants to build a new facility on Long Island, but opposition over tax breaks could stop it in its tracks.

SYOSSET, N.Y. — Almost two years after Amazon rescinded its offer to open a second headquarters in Long Island City, Queens, the corporation is meeting some opposition to its plans to build a warehouse facility on Long Island proper. At the center of the controversy is a tax break the company is seeking in order to make the target site environmentally safe.

The site, on Robbins Lane next to the Long Island Expressway, is a former polluted Superfund site that still has environmentally harmful chemicals beneath its surface.

It had been the home to the Cerro Wire industrial factory for decades of the 20th century, but has been empty for more than 30 years. Amazon has submitted a proposal to finally reclaim the land.

The plan includes building a 200,000 square foot warehouse facility, after cleaning up the underground toxins. The proposal also seeks payment in lieu of taxes, or a PILOT, to help pay for the remediation effort.

A Nassau County legislator is now the most prominent elected official to come out in opposition to the PILOT. Legislator Arnold Drucker has submitted a letter to the Nassau County Industrial Development Agency, calling on the tax incentives to not be given.

"I don't think that Amazon is a company that deserves or needs a tax break at this time," Drucker said in an interview. "They're one of the wealthiest, most successful companies in the world."

Amazon is worth at least $1.7 trillion dollars. It's the fifth largest private employer in the world, with more than 870,000 workers.

To put it another way, a report from Oxfam America concluded that if Amazon CEO Jeff Bezos chose to give a $105,000 bonus to each of the company's employees, he would still have the same amount of money in his bank account as he did before 2020 began: about $115 billion.

It's why there's both opposition to the tax break.

"To now ask the community to absorb taxes that [Amazon] should be paying because they need it to facilitate their project," Drucker said, "I think is almost laughable."

There is support, though, for the jobs that would be created if the Amazon project moves forward.

The proposed site is in the hamlet of Syosset, which in turn is a small part of the Town of Oyster Bay.

Its supervisor, Joseph Saladino, said, in a statement: "While the Town makes no determination on tax breaks, it’s clear that our residents need job opportunities more than ever before. Amazon has committed to creating at least 800 jobs while bringing new economic activity and remediation to a polluted site that’s sat vacant for decades.”