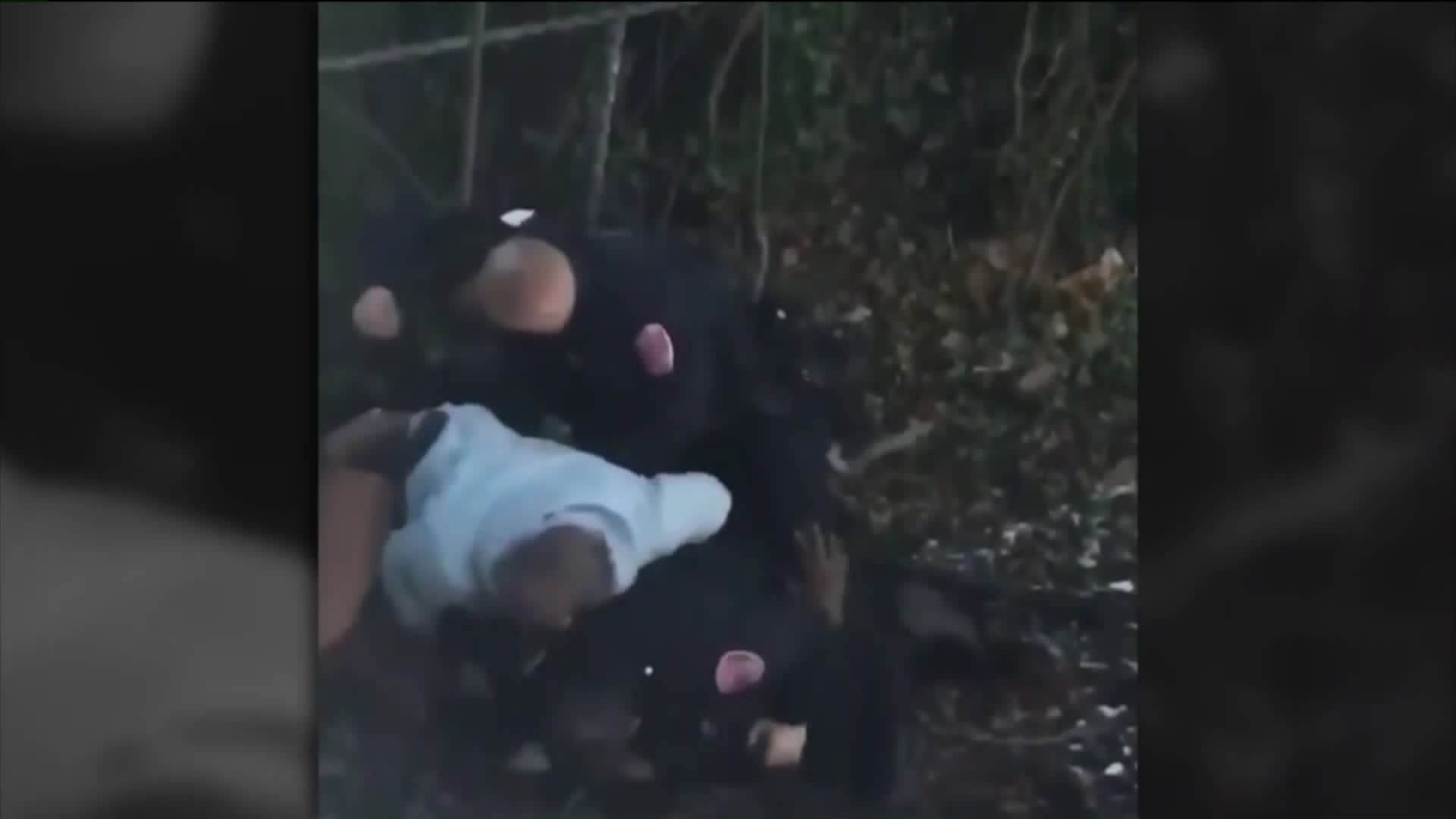 Advocacy groups are calling for an investigation into a seemingly aggressive arrest of a man caught on camera in Freeport, Long Island, that has since gone viral on social media.

FREEPORT, L.I. — An arrest of a man caught on camera on Long Island is sparking outrage by some after going viral on social media.

The footage shows the arrest of 44-year-old Akbar Rogers in Freeport on Tuesday.

The video appears to show about seven police officers attempting to subdue Rogers, telling him to put his hands behind his back. Two officers appear to be throwing punches and kicking the man.

Rogers seems to be heard yelling "help me, help me" during the arrest.

Nassau County Executive Laura Curran has called for an investigation. "I have viewed the video and have many questions. I call for an independent investigation," she said in a statement. "I am asking all to remain calm and patient as the investigation unfolds."

Defending the police, Freeport Village Attorney Howard Colton said Rogers had multiple warrants out for incidents in recent months, including allegedly harassing and assaulting someone in October, then allegedly driving in excess of 100 mph and running stop signs and red lights in November.

Colton said authorities made multiple attempts to have Rogers surrender himself or to arrest him at his home in recent weeks.

However, local community advocacy groups are calling this a clear case of excessive force, saying the police force needs additional training, at the least. They said they will hold a press conference on Friday to shine a light on the incident and demand answers.

Freeport Mayor Robert Kennedy has called for the district attorney to look into the incident. In an interesting turn of events, Kennedy confirmed his son is one of the officers seen in the video arresting Rogers.

Watch the clip in full below: