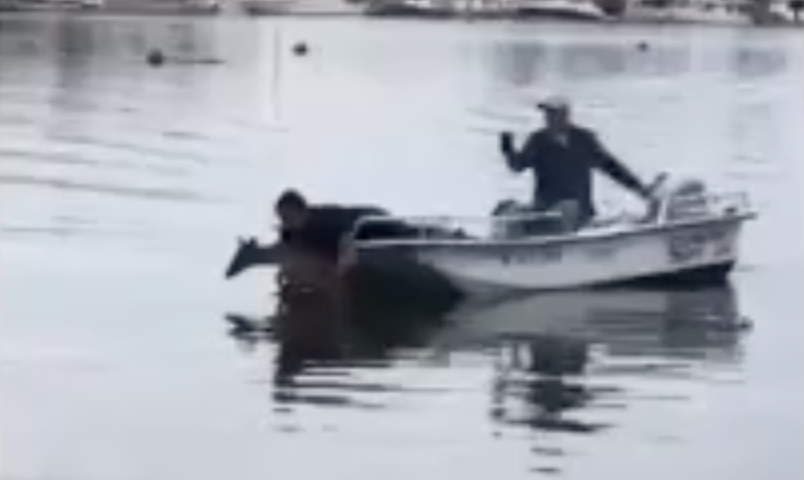 PORT JEFFERSON, L.I. — Animal advocates on Long Island were able to rescue a full grown doe with a paint can on her head in Long Island Sound on Saturday.

The video from Strong Island Animal Rescue League shows the recovery of the doe at around 4 p.m. There were reports of an animal that was struggling in the water with a paint can over its head.

Frankie Florida of Strong Island Animal Rescue got to the scene and spent 20 minutes circling and pursuing the deer. She just kept on swimming out farther and farther.

Using a boat, the crew were able to get close and after several attempts, they were able to remove the can and bring the doe back to shore.