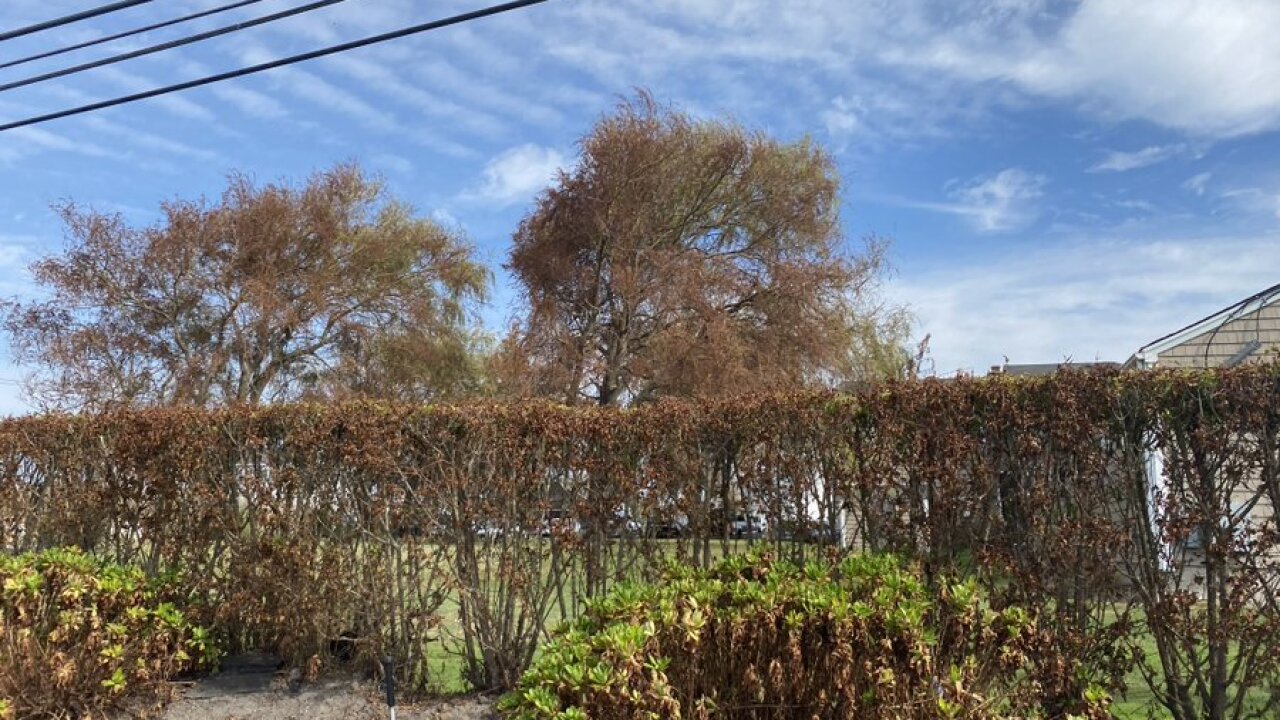 LONG ISLAND — The National Weather Service says there may be an “interesting phenomenon” affecting Long Island trees in the wake of Tropical Storm Isaias.

A photo taken on the south shore of Long Island on Saturday shows several trees and bushes with withered and brown leaves on one side and normal green on the other.

“You can very clearly see that much of the south side of the vegetation looks as if it has progressed into late autumn with much of it turning brown. However, the north side of the trees and the bushes are still green!” the weather service tweeted along with the photo.

What could cause this to happen? According to the NWS, the powerful wind produced by Isaias — with gusts up to 70 mph in some areas — caused ocean spray containing sea salt to blow onto the south side of plants and trees along the island’s south shore.

5/ Strong southerly winds (with gusts up to and exceeding 70 mph) off of the ocean picked up sea salt off the ocean surface and battered the south sides of just about everything.

Additionally, Isaias did not produce a lot of rain on Long Island, so the sea salt was able to stick to the vegetation instead of being washed away, causing it to wilt and turn brown more than a week after the tropical storm has passed, per the weather service.

Similar instances were reported after Superstorm Sandy in 2012 as well as the "Long Island Express" Hurricane in 1938, though the weather service noted that both of those storms happened closer to the fall season.

Noticed the same here in Nassau County... dead leaves on one side and perfectly green on the other pic.twitter.com/o1fhTq23nA