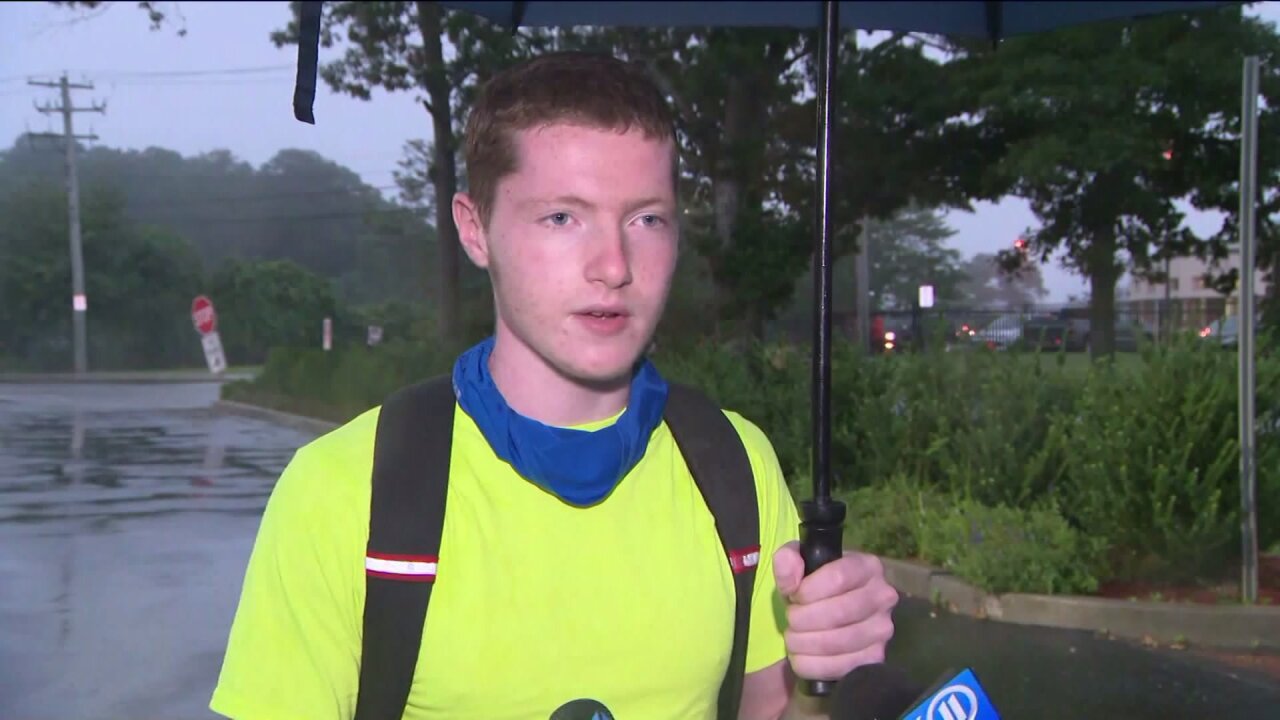 Maverick Stow, a Long Island high school student, was arrested for showing up at school after being suspended earlier in the week for coming to class in person when he was meant to be learning from home as part of a hybrid schedule.

MASTIC BEACH, NY — Officials banned a Long Island student from school grounds for the rest of the academic year after the teen was arrested and suspended in connection with an apparent protest of remote learning.

Maverick Stow, a 17-year-old William Floyd High School senior, was initially suspended after he showed up to class in person and refused to leave, despite being scheduled to attend class virtually that day as part of the school's hybrid-learning program. He was then arrested after he returned to school.

"During the time of Maverick's suspension, he will not be permitted on school property for any reason without the express written permission of the Superintendent," Superintendent Kevin Coster wrote in a letter supplied to PIX11. "Moreover, during such suspension, Maverick shall not be permitted to participate in any school-related activity whether it occurs on or off school grounds."

The length of his suspension will be reviewed at the end of January, Coster said.

Before his suspension for the year, Stow told PIX11 in a statement that he would not attend school in-person for the days he wasn't scheduled to be there.

"I, along with any supporters of this cause who believe that students should have in person learning five days a week as well as extracurricular activities and sports, will continue to peacefully protest off school property, and during school hours," he said.

Nora Kaplan-Stow, his mother, said she had mixed feelings about her son's protest after his arrest.

"I am beyond proud of my son for standing up for what he believes in and defending his right to an education," she said at the time. "I also am a little upset that it has come to this point where the school had to arrest my son for wanting to go to school."