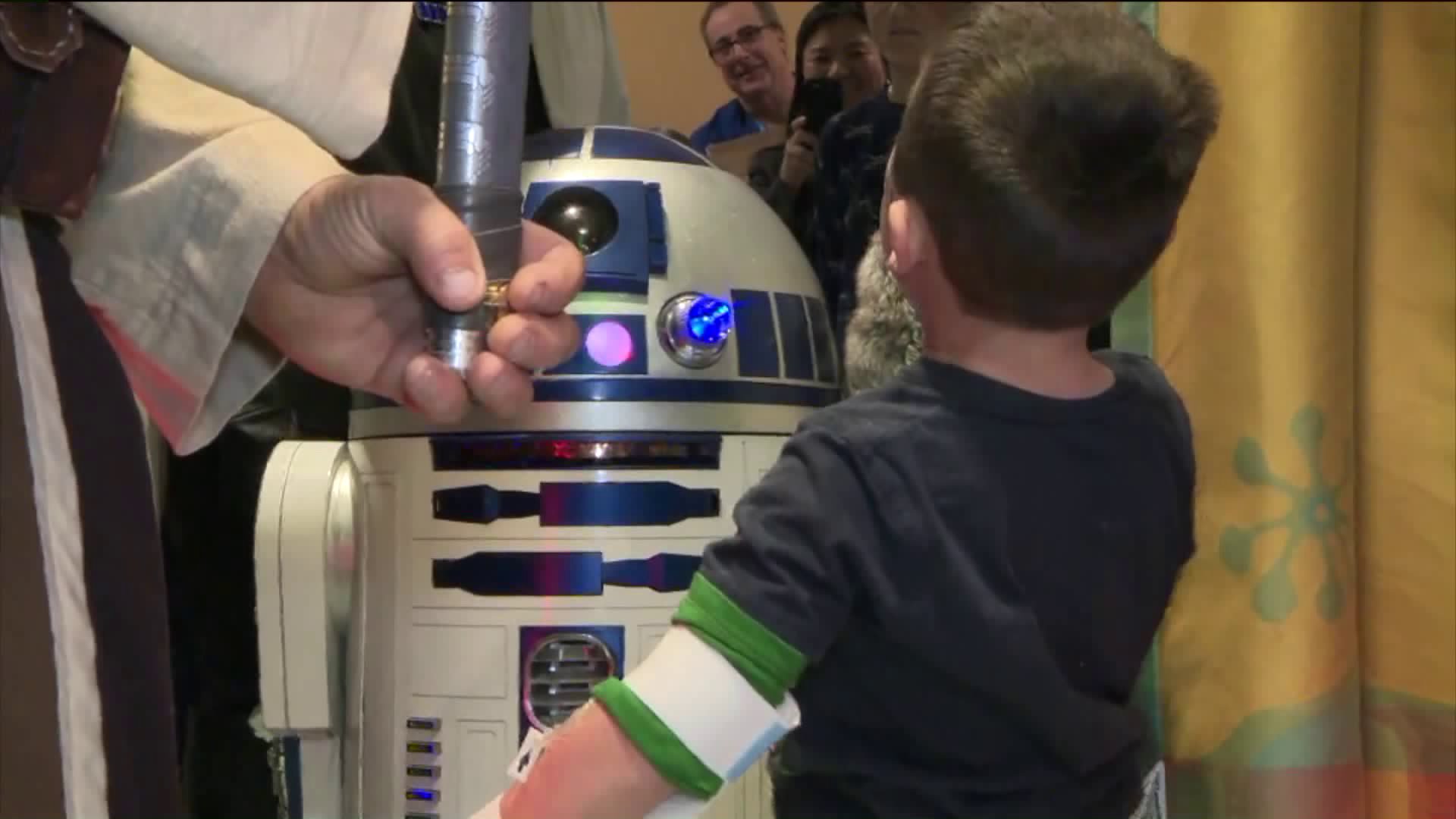 STONY BROOK, NY — A 6-year-old boy pretended to fly a starship at Stony Brook Children’s Hospital Thursday as some of his favorite Star Wars characters visited him in his hospital room.

It’s heartwarming definitely to see the smile on his face at this time of being in the hospital,” Matthew Rigert, Corey’s father, told PIX11 News.

Tyler Accardi, 7, has spinal muscular atrophy and had to miss his big brother’s Star Wars birthday party because of an emergency hospitalization. So this visit from R2D2 and both the light and the dark sides really cheered him up.

“I haven’t seen the new movies yet, but I have seen all the other ones,” Accardi told PIX11 News. “And I like that R2D2 is here."

Mom Toniann Accardi said she didn't expect anything like this at the emergency room.

“As a kid, I grew up loving Star Wars. And this being the season of cheer and love,” Steven Wong, a member of the Facebook group, told PIX11 News. “So we thought to have Star Wars here live in person to visit them."

Stony Brook Children’s hospital child life specialist Michael Attard said part of what he does is normalize the hospital experience.

“We’re here to bring some magic back to them,” he added.

And perhaps the visit to 14-year-old David Balderas’a hospital room was most poignant.

He told the Jedi knight named Rey that he will be inspired by her strength in his own battle against brain cancer.

“I hope the force is with you,” Rey, as played by Lisa Giunta, said. "And helps you through the new year.”