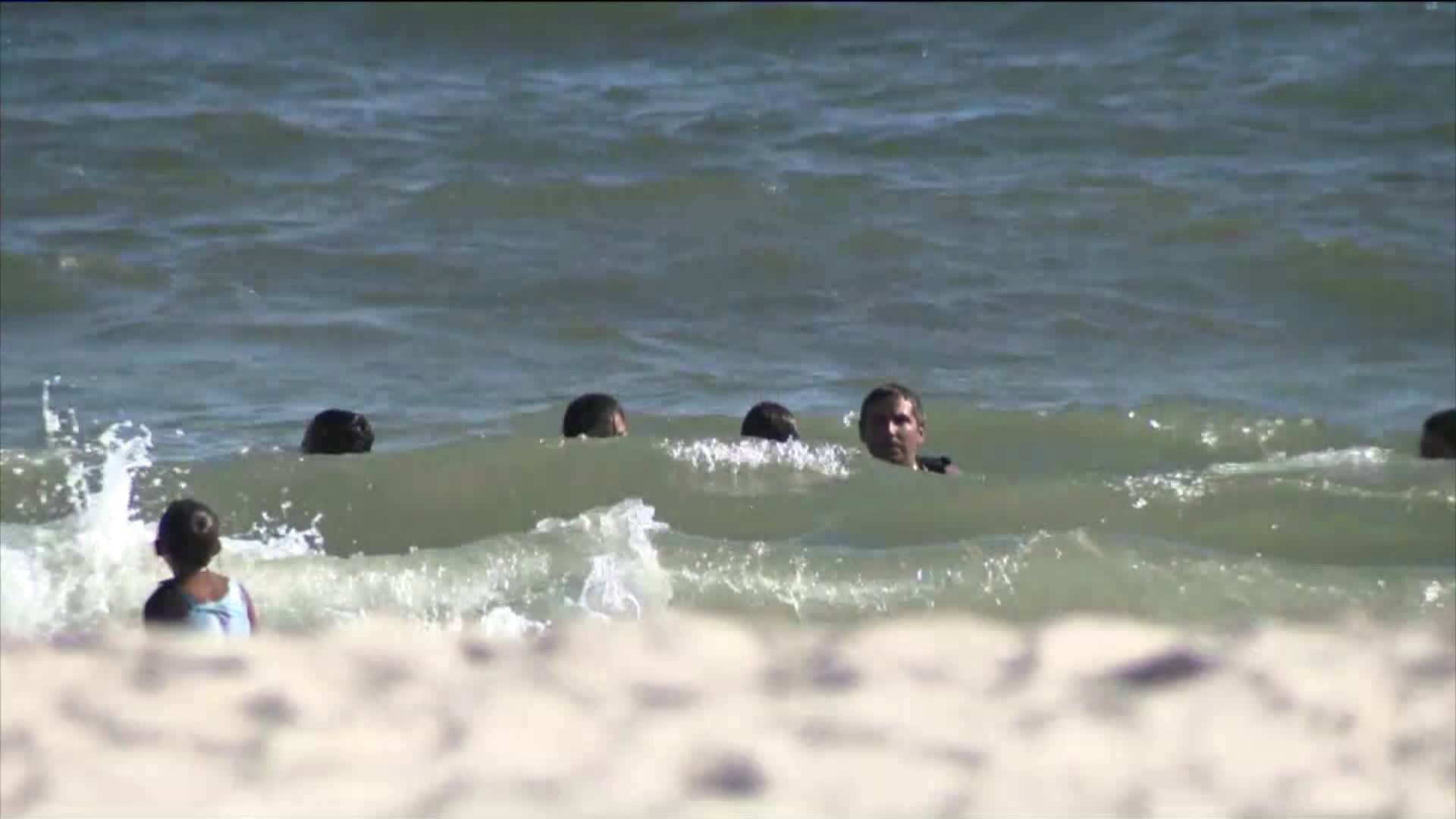 It’s the unofficial end to summer, what many consider the last beach weekend of the season.

JONES BEACH, L.I. — Just as people were starting to enjoy the waves, there was a call for everyone out of the water because in the wackiest year on record, sharks swimming past the Central Mall at Jones Beach on the unofficial last beach weekend of summer just seems fitting.

“We had three thresher sharks feeding on bunker fish, they were about five feet in length” said George Gorman, regional director for the state parks department.

It happened right around lunchtime. Luckily lifeguards have a new lifesaving tool in their arsenal. A drone that gives them sight from above and allowed the guards to zoom in and follow the predators out to sea.

The technology enables Lifeguards to cover three to four miles of coastline in just five minutes. From the Central Mall, to field six to the east and field two to the west.

Thresher sharks normally don’t go after people but because they were feeding, swimmers had to take an hour break from the water.

Gorman says despite COVID-19, it’s been a great summer at Jones Beach and other state parks.

He says the rest of this holiday weekend should be great.

Jones Beach, Robert Moses, Hither Hills out East and Sunken Meadow on the North Shore of Long Island will stay open with lifeguards until September 20. If you are in New Jersey, a lot of shore beaches will also be extending the season.