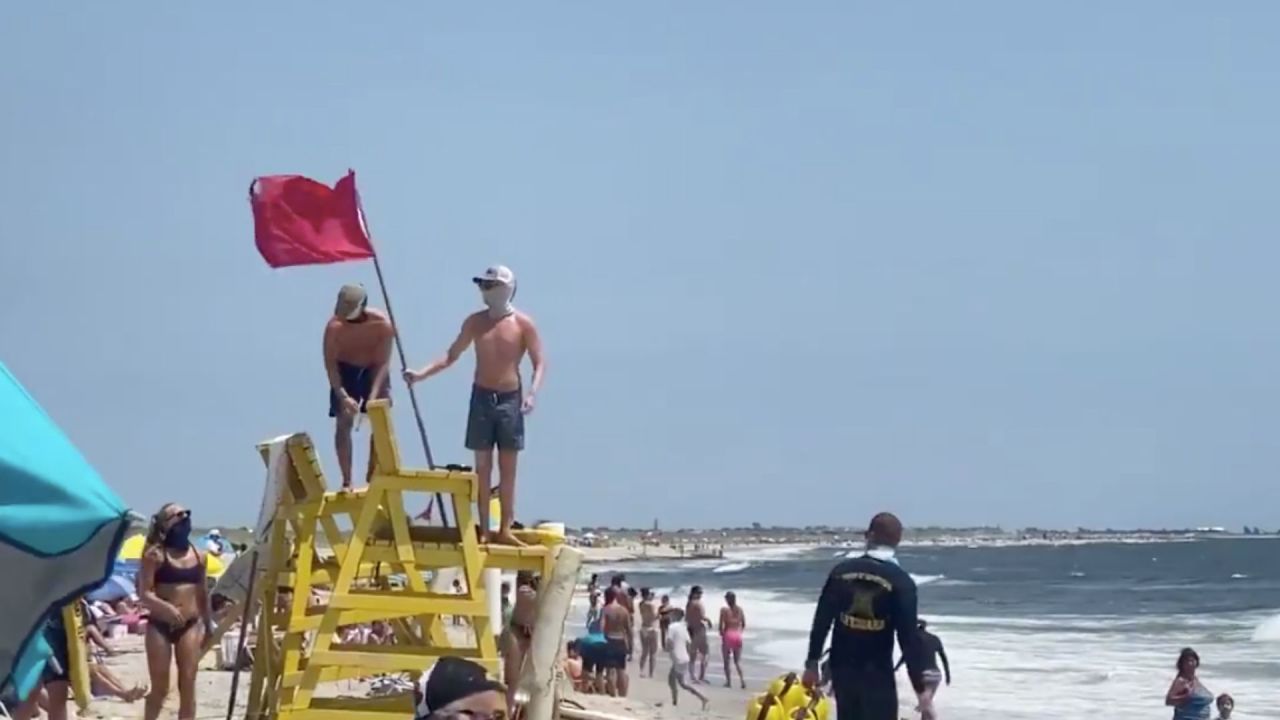 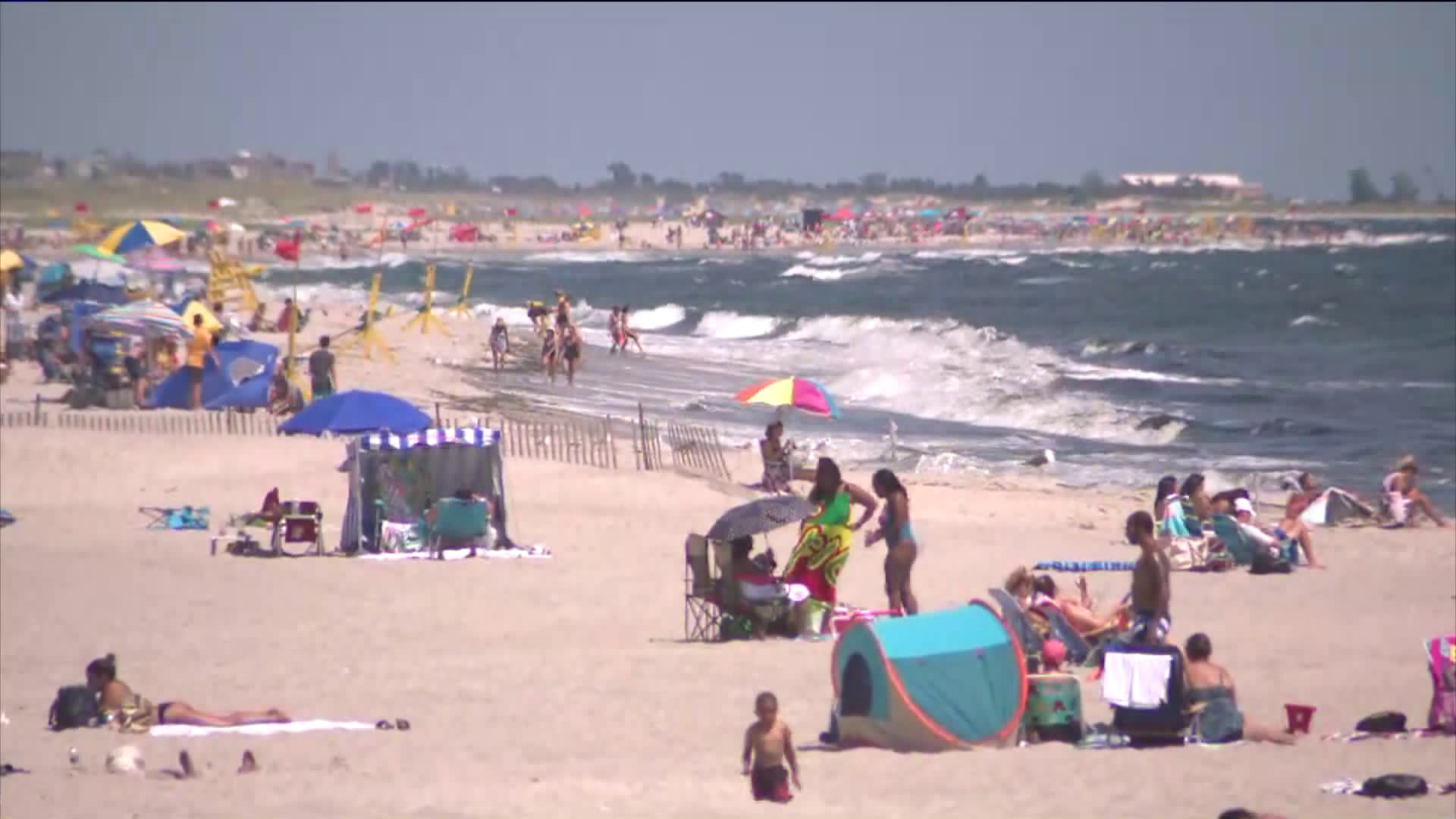 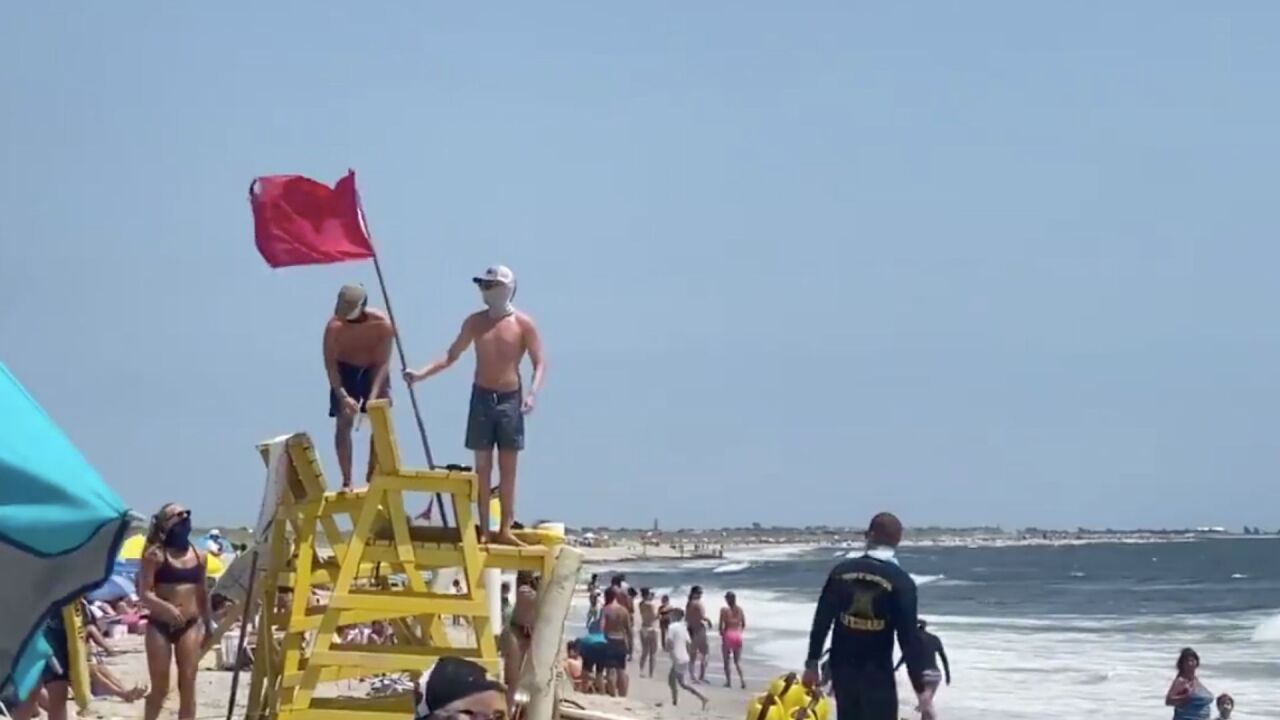 Early Wednesday afternoon, 18-year-old lifeguard Ethan Grassini saw a 6-foot-long shark from his chair at Nickerson Beach. He said it was about 15 to 20 feet offshore.

Red flags went up along miles of Nassau County beaches.

🦈 Everybody out! The red flag is up at Lido West Beach. Head lifeguard tells me a fin was seen at Nickerson Beach. Third day in a row of shark sightings at Nassau County South Shore beaches. @PIX11News 🦈 #shark #longisland pic.twitter.com/Ylvjo5zhok

As of Wednesday afternoon, beaches from Point Lookout to Long Beach were closed to swimming.

"You can come down here, enjoy somewhat of a breeze on a hot day but right now unfortunately you can't swim in the water," Hempstead Town Supervisor Don Clavin said.

Some of the sharks seen out in the water this week appear to be bull sharks, Clavin said.

Grassini said all the swimmers at Nickerson beach cooperated when the red flag went up.

"At the end of the day we just want to make sure everyone who goes into the water, comes out of the water as well,” he said.

A shark spotting off the coastline by town lifeguards has been confirmed. Town beaches remain open — swimming is restricted for the time being.

These are the seventh and eighth shark sightings, respectively, along South Shore beaches since Monday. The sightings have shut down more than 13 miles of sand, according to the Town of Hempstead.

Town officials in Tobay Beach spotted a shark at the shore break.

Greg Skomal, a Fisheries Biologist at the Massachusetts Division of Marine Fisheries, said this many sightings in one area over a such a short period of time is a lot.

“As a precautionary measure, it doesn’t hurt to close the beaches to swimming, at least swimming at great distances from shore,” Skomal said. He identified a great white that killed a New York woman off the coast of Maine this week.

Nassau County has stepped up marine and air patrols to look for sharks.

"We will intensify these patrols on the coast to supplement the outside lifeguards who are trained to spot sharks," Nassau County Executive Laura Curran said on Wednesday.

"I'm just scared! I am fresh meat over here. They are going to come get me,” she said.

Minutes later, the shark sighting at Nickerson Beach was reported and everyone was ordered out of the water.

"I would say that we are getting more than double the number of shark sightings reported to us,” said Paul Sieswerda, the president of the marine research organization Gotham Whale.

Warm water and ample fish are attracting the sharks, according to Sieswerda.

Curran said people should stay close to shore, swim in groups and avoid swimming at dusk and dawn. That is when sharks feed.

Swimmers also should avoid wearing shiny jewelry. A shark can think it's a fish scale. And definitely don't swim while bleeding.

Despite the increased sightings, Skomal said swimmers should be cautious but not fearful.

Sonya Healy and her son Christopher were trying to take that approach as he rode the waves on an appropriately themed boogie board.

"We try to do the best that we can and you know, keep it safe," Healy said.

Skomal also noted that sometimes other animals can be confused for sharks from a distance.

Still, he suggested swimming in shallow water if you do go in the ocean once the red flags are lifted. If you do see a shark, he said, don't panic or scream, and move toward the shore slowly without splashing around.

“When people ask me, ‘What should I do when I go to the beach?’ I typically say drive safely because you’re more likely to be injured in your car than via shark,” Skomal said.

Each year there are only about 100 shark attacks around the world and less than 10% of those are fatal.

Skomal said with so many people out on the water in boats or swimming at area beaches, he expects more sightings throughout the summer.