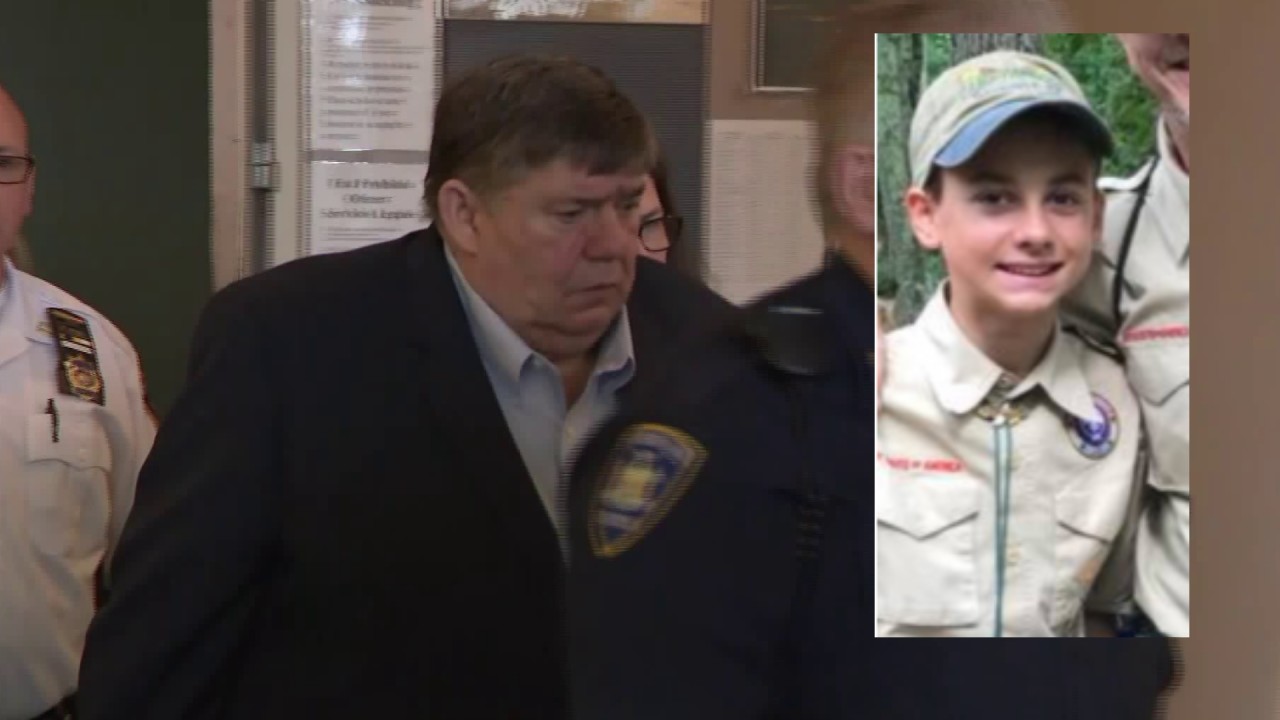 The sentencing of a man who was convicted of fatally striking a Long Island Boy Scout in a 2018 crash that injured several others was postponed Wednesday because of jury misconduct, officials said.

CENTRAL ISLIP, N.Y. — The sentencing of a man who was convicted of fatally striking a Long Island Boy Scout in a 2018 crash that injured several others was postponed Wednesday because of jury misconduct, officials said.

Thomas Murphy was found guilty in December on several charges in connection with the crash that killed 12-year-old Andrew McMorris. A hearing is scheduled for Sept. 16, according to the Suffolk County District Attorney's office. Officials did not immediately provide additional details regarding the misconduct, but Steven Politi, Murphy’s defense attorney, did.

"One of the jurors indicated to me and to an investigator that throughout the course of the trial, there was constant discussion amongst the jurors about the testimony and evidence in the case," he said. "Some of the statements indicate this took place multiple times daily."

McMorris was with four other Boy Scouts who were hiking along a road in Manorville when they were struck by a vehicle, according to officials.

"This is completely outrageous and to put a victim's family though this is unconscionable," she said "It’s mean. It’s just mean."

Prosecutors described the scene on the September day in 2018 as a "horror show."

Murphy initially faced additional charges in the first degree but they were dropped after it was ruled that they were not legally sustainable.

He faces a maximum sentence of eight and one-third to 25 years in prison.

Murphy's attorney has said there's reasonable doubt around all the charges against him and insists his client was not drunk.

Following the guilty verdict, his attorney said they intend to appeal and Murphy maintains his innocence.