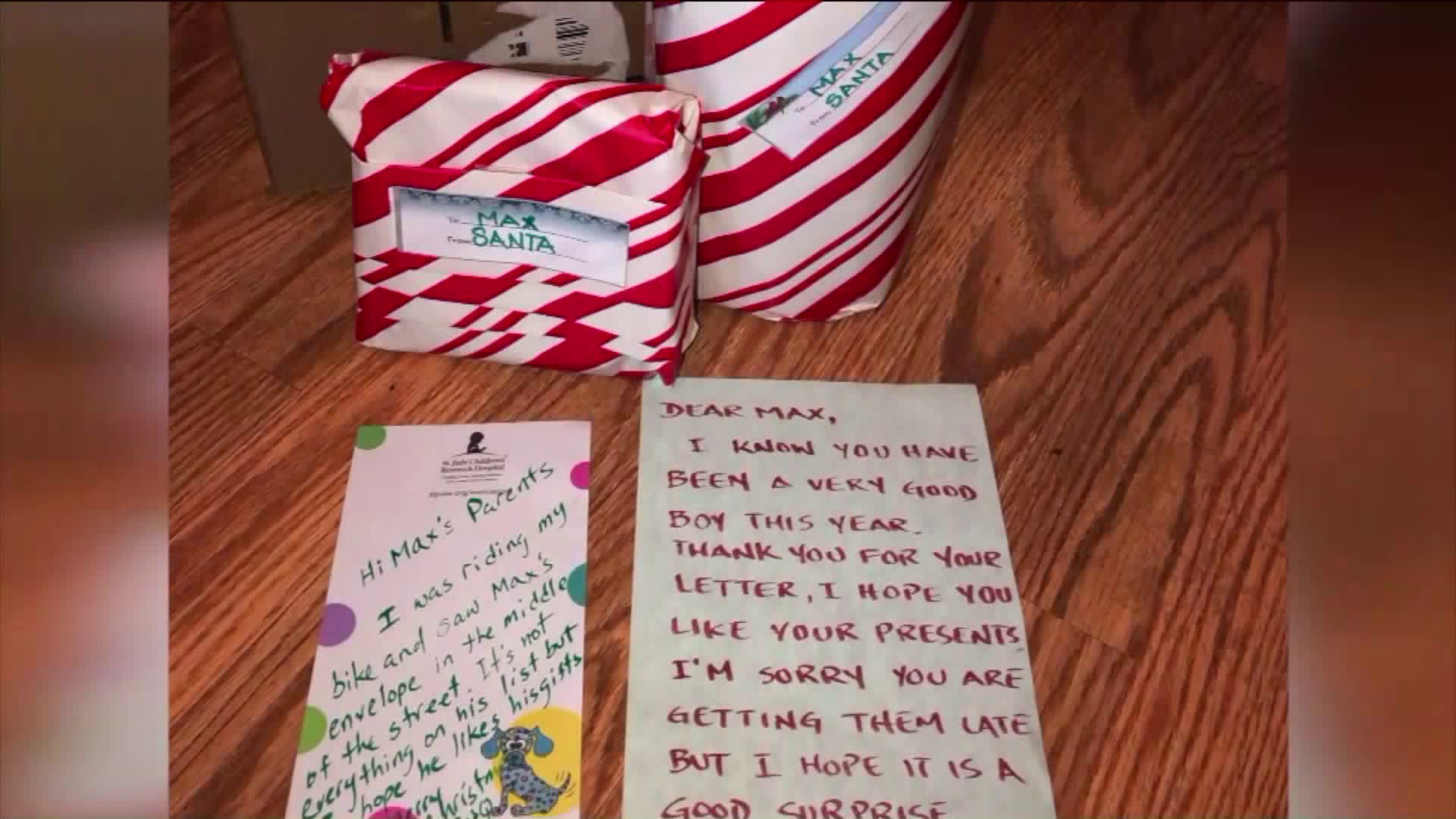 A mystery Santa found a little boy's wish list. Instead of ignoring it or returning it, the Santa decided to make the little boy's Christmas dreams come true.

LONG ISLAND — A Long Island family is determined to thank a mystery Santa.

Tagarelli said they had had no idea the letter was missing until they got a on Christmas. According to the package, it was from Santa in the North Pole.

"He found Andrew's list on the ground and decided to do an amazing thing for us and he sent Andrew a couple of items from his Christmas list," Tagarelli said.

The family would love to meet the mystery Santa to thank him.

"When I opened that box, it truly felt like the spirit of Christmas was there," Tagarelli said.

Keith Lopez has more in the video above.