Protest in Smithtown after clashes between protesters and counter-protesters 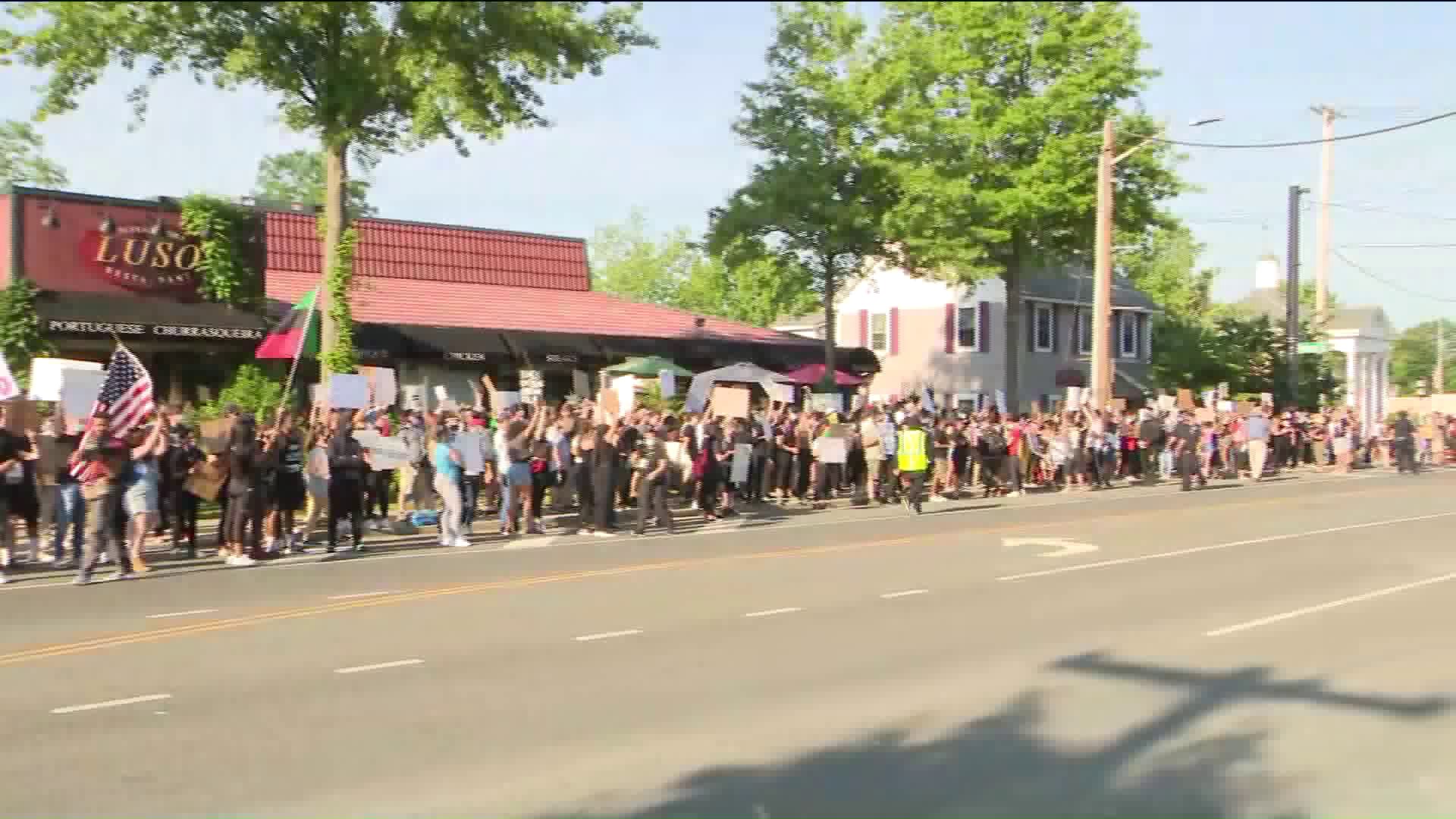 Smithtown, Suffolk County, Long Island is a small town not exactly known as a stronghold of the Black Lives Matter movement. But for the second time in the last week, a large protest formed there, brought about by the death — under a Minneapolis police officers’ knee — of George Floyd. 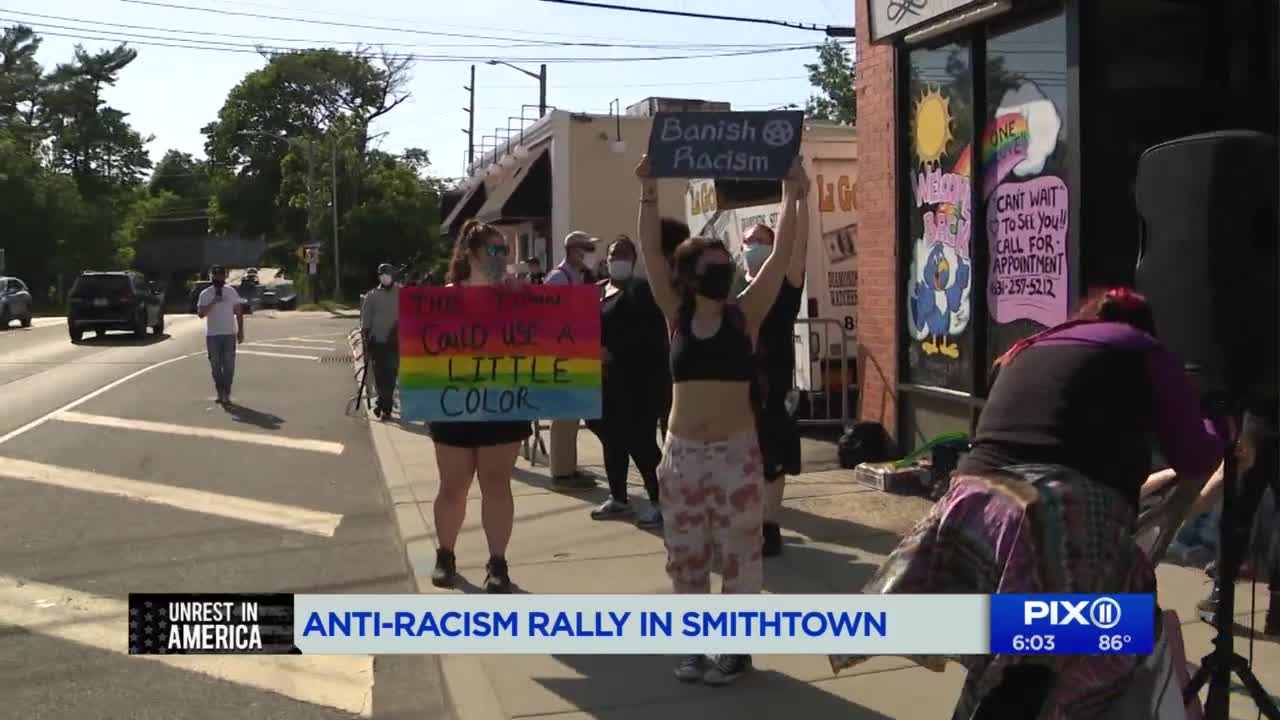 SMITHTOWN, L.I. — Smithtown, Suffolk County, Long Island is a small town not exactly known as a stronghold of the Black Lives Matter movement.

But for the second time in the last week, a large protest formed here, brought about by the death — under a Minneapolis police officers’ knee — of George Floyd.

The crowd expressed the same sentiments being heard across the country: enough is enough.

“I've seen so many things that are happening that wouldn't happen to me," said protester Lily Amadio. "If there is someone who's a person of color, there's so many bad cops and it's showing. I think it's important to spread awareness and everyone deserves justice."

Smithtown's first protest culminated in a standoff with counter-protesters. They showed up again Tuesday but there were no issues.

Still, Julie Ginsberg says racial tensions in this area should no longer be tolerated or ignored.

"There are people who drive by and they say f--k you, go back to where you came from," said Ginsberg. "This is America, I'm born here, this is where I came from. All the Trump supporters trying to get us all riled up, it's not going to happen, we want to stay peaceful, we want to make a change because I don't want to live in a world where people don't accept people."

Fellow Suffolk County resident Shanequa Levin says to hear someone who looks like Julie Ginsberg say something like that means something, especially now.

"It makes me feel good that people are finally realizing what we're saying: we're not just making it up," Levin said. "Finally, white people are actually taking a stand too and not just standing there being silent, because they've been doing that for far too long. So to see us all be able to come together and stand up for what's right makes me feel good."