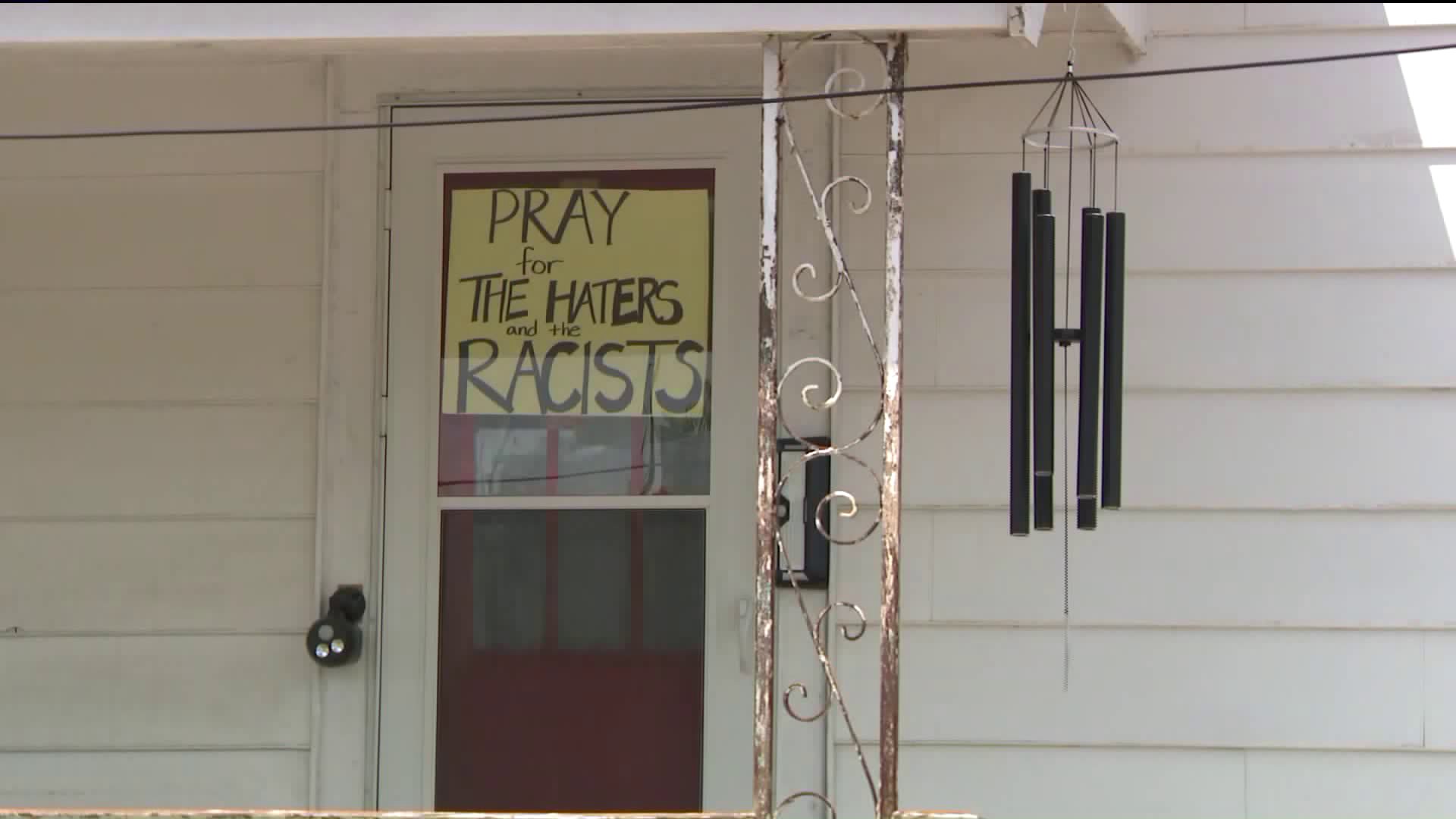 A Long Island woman says her neighbor has been repeatedly harassing her because of the color of her skin.

VALLEY STREAM, NY — A Long Island Mom is fighting for her life against her neighbor who she claims is threatening her in a racially motivated attack.

It all started, in 2017 when the mom moved to Valley Stream. PIX11 is identifying the woman only as Jennifer.

Jennifer was an excited first time homeowner, but instead of feeling welcomed to the neighborhood, the registered nurse felt defeated. She blamed her next door neighbor for ongoing threats from the moment she moved in.

Jennifer is keeping a record of the acts, including disturbing pictures of dead animals she said her neighbor dropped on her yard. She said she she also has pictures of her neighbor sitting outside with a gun and videos of him spitting on her yard and walking by her property in the middle of the night in a black face mask.

The distraught mom said her White male neighbor is targeting her because of the color of her skin. She fears for her life, which is why she posted signs outside her home explaining the ongoing threats, to protect her child should something happen to her.

“If he was saying he could get me eliminated and he can get me erased, then what if I am dead in here and I have a baby here? So if a cop did come here because they heard something, at least they would see the sign and know that my baby’s inside,” Jennifer said.

PIX11 tried speaking with the man Jennifer said is responsible for intimidating her, but he never came to the door.

Neighbors are rallying behind the single mom and some are watching over her home, determined to keep her safe.

“It’s our job right now to act as hard as we can to get the message out that this is intolerant, unacceptable and we can give it no oxygen whatsoever,” Kaminsky said.

“Pray for me and thank you," she said.

At this time, no charges have been made against the man.