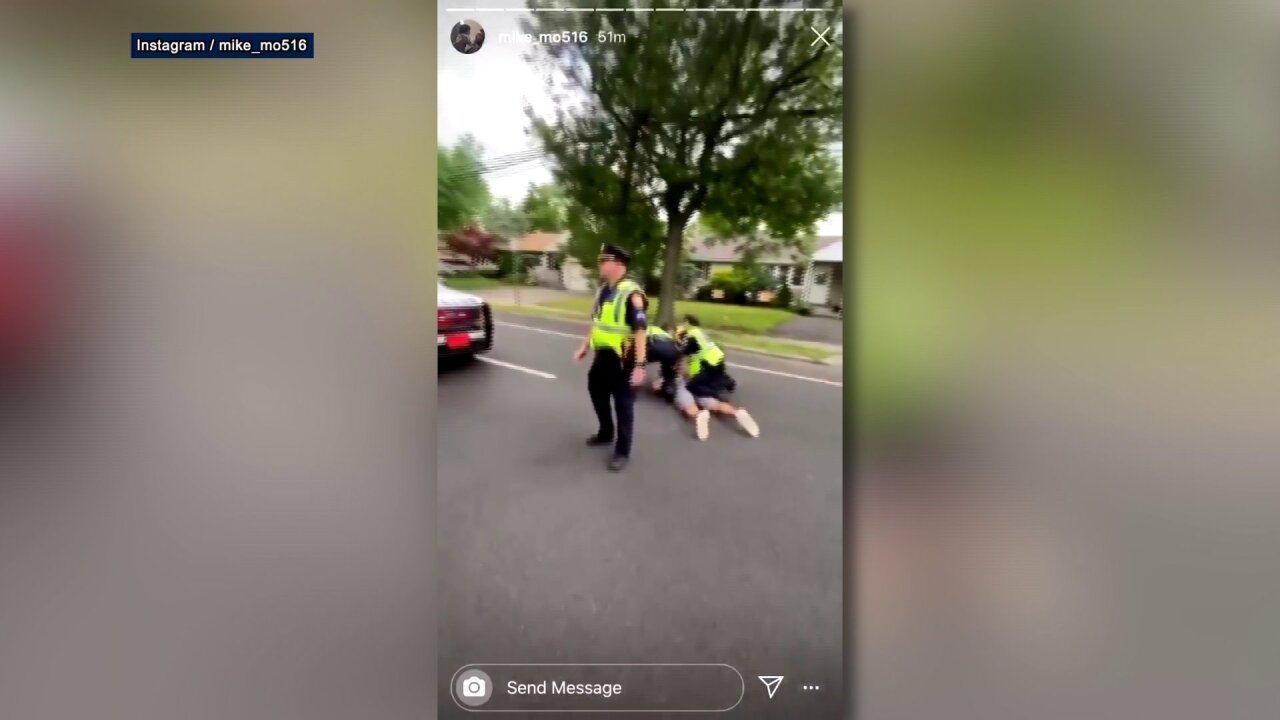 EAST MEADOW, L.I. — Nassau County is defending its police officers after a video went viral Saturday showing what observers claimed was an officer "kneeling on the neck" of a protester they'd apprehended.

The video comes from a peaceful protest in East Meadow. The footage was tweeted at New York State Attorney General Letitia James, who responded that it should be reported and have visuals sent to her office.

The video shows a protester being arrested after walking across a lane in the road and walking into the back of a police officer. This led to the protester being taken down and according to bystanders, six officers holding him down and kneeling on his neck.

Video shows cops today at a peaceful protest in East Meadow, NY (Long Island) violently arresting a man. According to bystanders “they kneeled on his neck and had about 6 officers holding him down.”https://t.co/XDJYPhg2BZ pic.twitter.com/5PJQWMZgiA

In a statement given to PIX11 News Saturday night, Nassau County Executive Laura Curran and Police Commissioner Patrick J. Ryder say the arrest of this protester and two others was "necessary" for disorderly conduct and that the arrest had to do with the demonstrator moving across lanes of traffic.

"This safety precaution was met with strong opposition and resistance which resulted in the arrests of these subjects," the statement read.

Curran and Ryder applauded how the county police have handled the protests in the wake of the death of George Floyd, a man who died in police custody when an officer knelt on his neck for over 8 minutes.

"Nassau County Police Officers are highly trained professionals and for days at over 75 demonstrations, had positively engaged with protesters at all events, even during some tense moments," their statement added. "Our police officers take an oath to protect and serve and they have done that admirably. We have and continue to protect the public which includes protesters, during marches, on major roadways and during their interaction with counter protesters."

They added that they support the rights of protesters to exercise freedom of speech but said they "must remain safe and orderly."