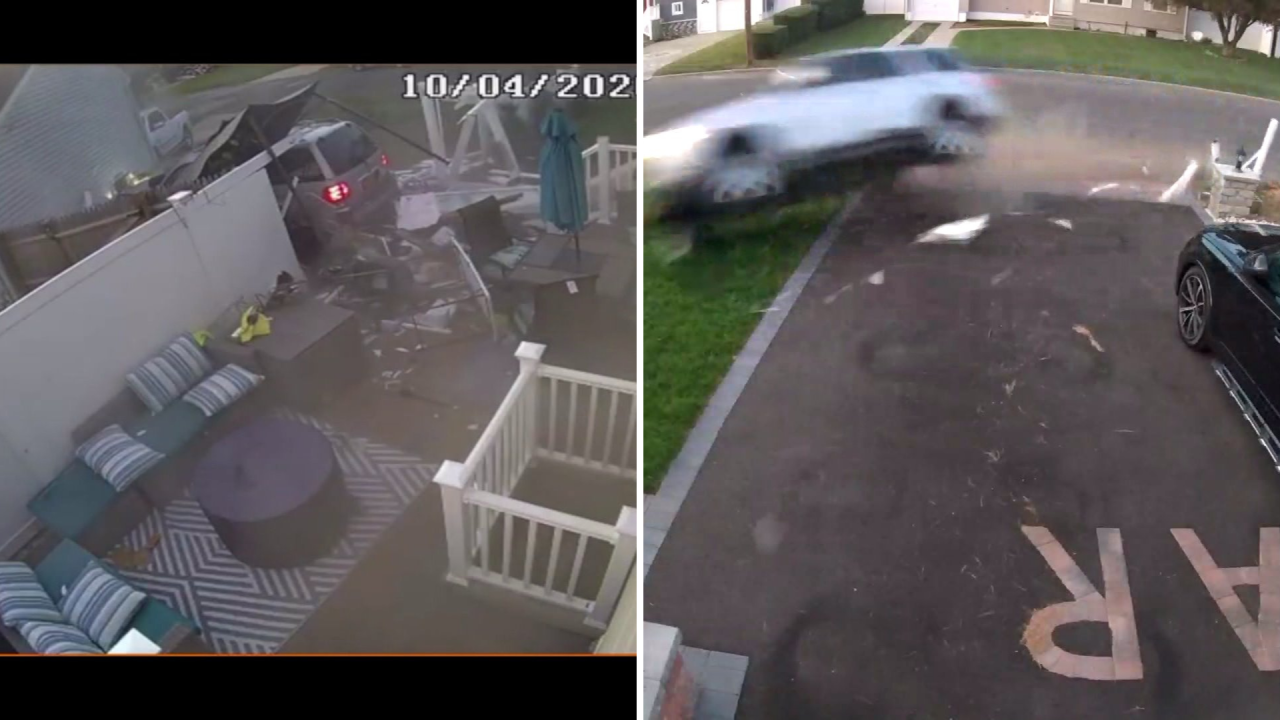 Police arrested a mother after she allegedly drove drunk with her young children in the vehicle and struck a Long Island home Sunday night, Oct. 4, 2020.

BRENTWOOD, N.Y. — Police arrested a mother after she allegedly drove drunk with her young children in the vehicle and struck a Long Island home Sunday night.

WILD VIDEO: A Long Island mom was arrested for DWI with her three children in the car after allegedly crashing an SUV into a Brentwood home. She was taken to a hospital for her injures, police said; the children, 4, 5 and 8, were uninjured.

Thomas-Smith lost control of her 2004 Lincoln Navigator as she drove west on Blue Jay Drive in Brentwood with her three daughters; she crashed through a house before coming to a stop on a neighboring lawn around 6:40 p.m., according to police.

She was taken to the hospital for non-life-threatening injuries, authorities said.

Her daughters, ages 4, 5 and 8, were not injured and were released to the custody of their father at the hospital, police said.

The Town of Islip Building Inspector was called to assess the structural damage of the house, which the homeowner told PIX11 was used as a day care center.