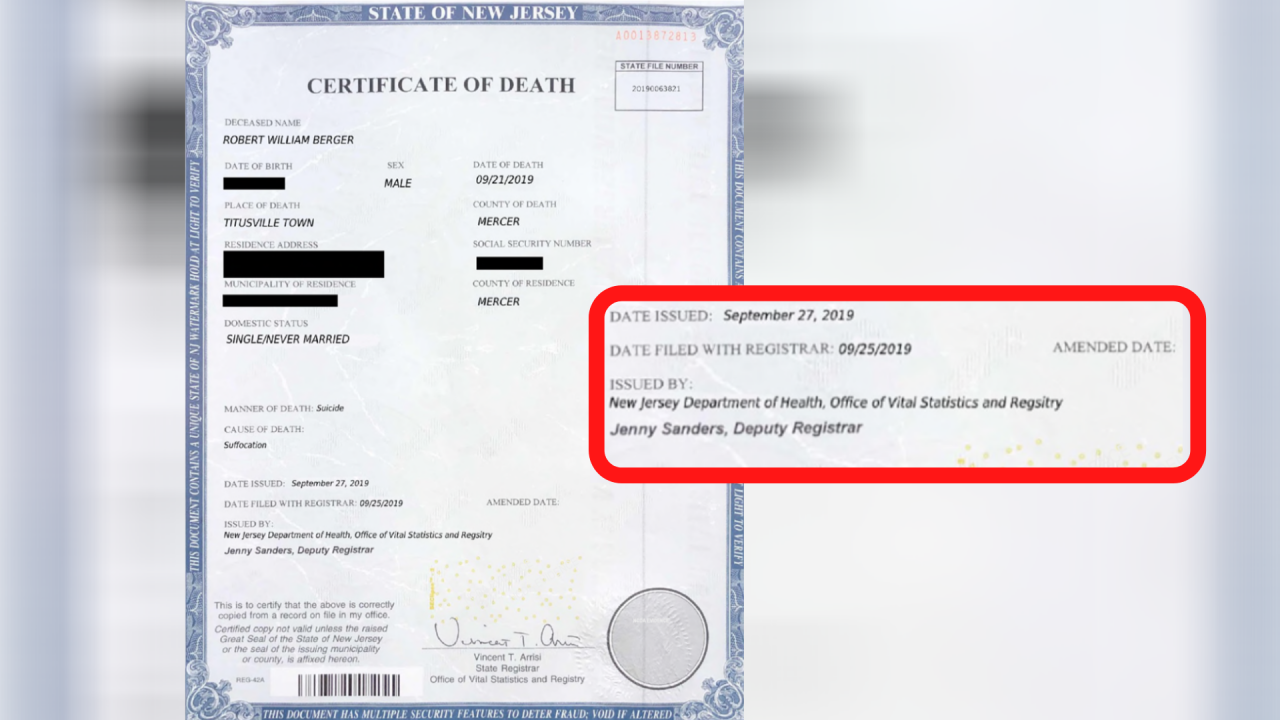 NASSAU COUNTY, Long Island — A man allegedly faked his own death in order to avoid being sentenced in two open cases, according to the Nassau County DA's office.

Officials said Robert Berger, 25, used his attorney to provide a county prosecutor with a fake death certificate. The document had typos, which tipped off officials, according to the statement from the DA's office.

“Typos and formatting errors gave up what we allege is a forged death certificated that this defendant used to avoid accountability for other crimes,” DA Madeline Singas said. “Submitting fake documents to prosecutors is always a bad idea, and while he’d have been caught regardless, failure to use spell check made this alleged fraud especially glaring.”

He was arraigned Tuesday and is due back in court on July 29. Bail was set at $1 but he was remanded in custody due to the previous cases that remain open.

On Oct. 22, 2019, attorneys for Berger told the court their client had died and provided the court with a New Jersey Death Certificate, stating the defendant died by suicide.

The attorney said Berger's fiancé provided them with the document.

Upon inspection of the certificate, officials said the font size and type were not consistent in the document, and the word “Registry” in the department name was misspelled as “Regsitry."

A copy of the false death certificate was also provided to officials in Suffolk County, where he also had a pending criminal case, officials said.

Berger was arrested on Nov. 14, 2019, in Pennsylvania and was held for charges including providing a false identity to law enforcement.

He was extradited to Nassau County in January 2020 and was remanded.

Berger faces up to four years in prison on the new charge of offering a false instrument for filing, a felony.