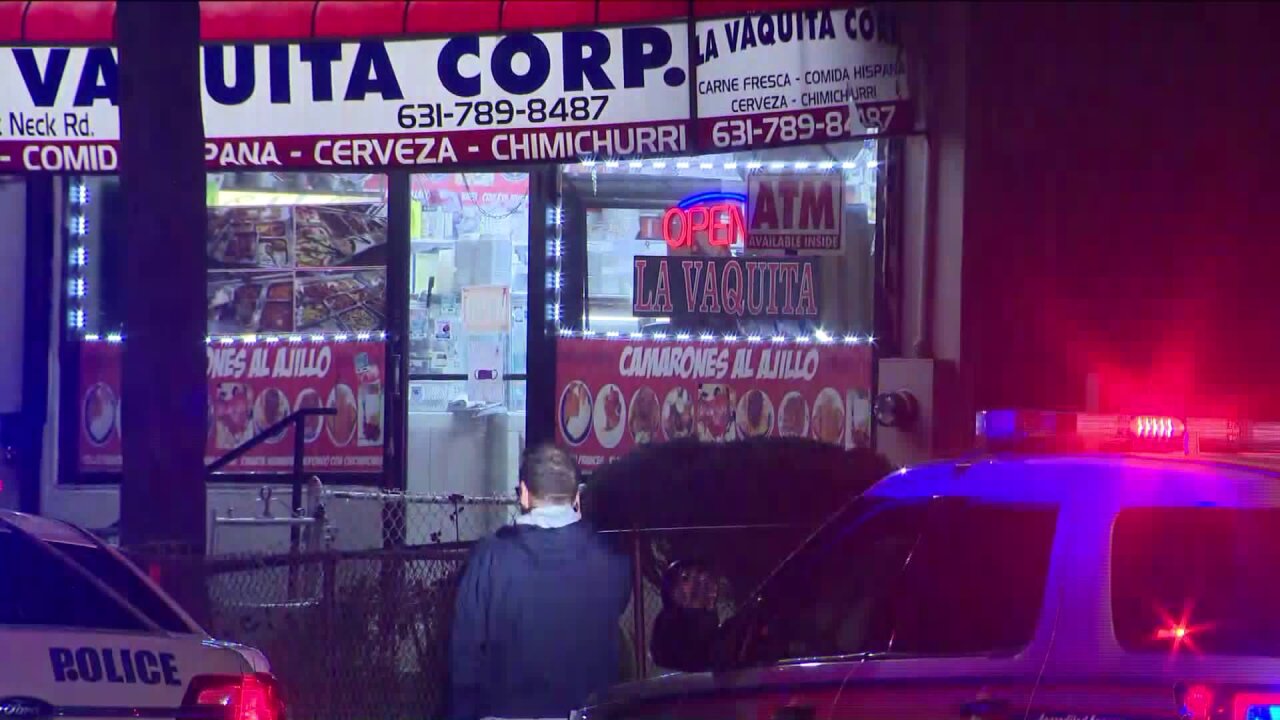 COPIAGUE, N.Y. — A suspect was taken into custody after one man was killed and three others were wounded in a shooting at a Long Island deli, police said Sunday.

Suffolk County police responded to a report of shots fired at the La Vaquita Corp. deli in Copiague just after 6 p.m. Saturday. When they arrived they found four men had been shot.

One man was pronounced dead at the scene. His name was not immediately released.

Police said Sunday that 62-year-old Dionicio Calderon-Oseguera of Copiague was in custody and was scheduled to be arraigned Monday on murder and attempted murder charges.