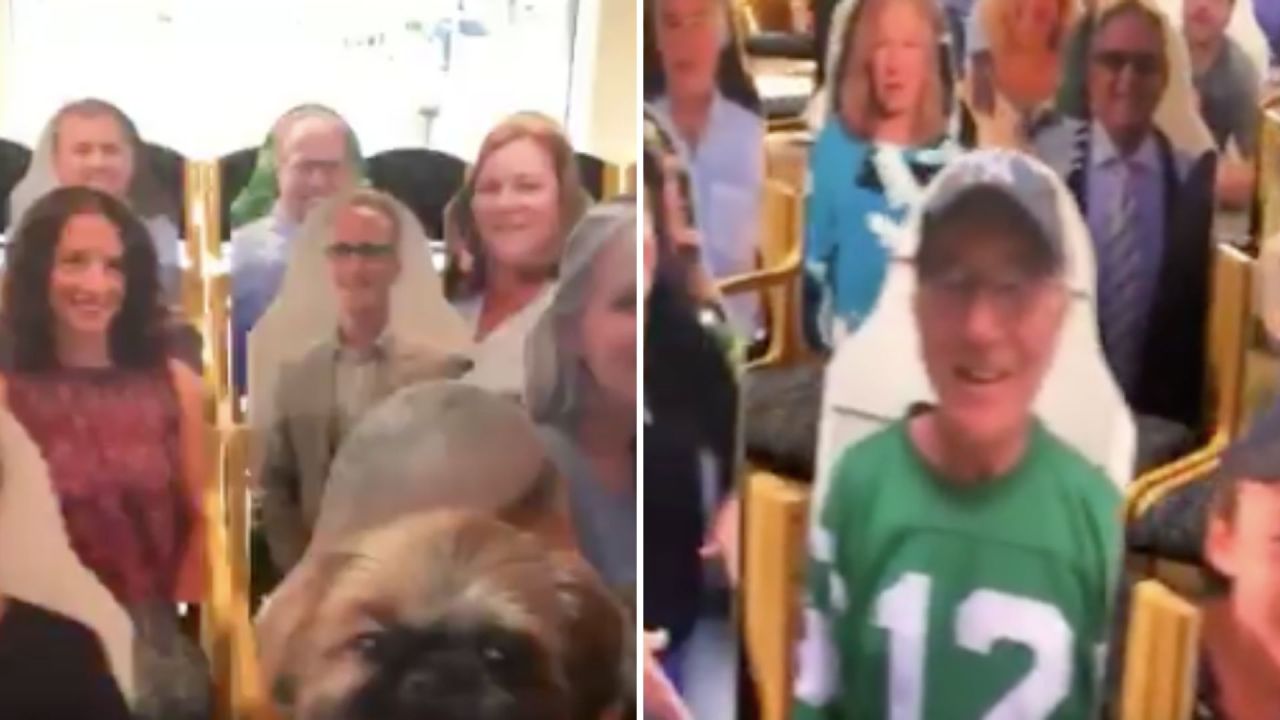 A Long Island synagogue congregation that didn’t want its cantor to feel lonely during celebration of the Jewish New Year took a page from the New York Mets, ordering cutouts to be placed in the seats before Friday’s services. 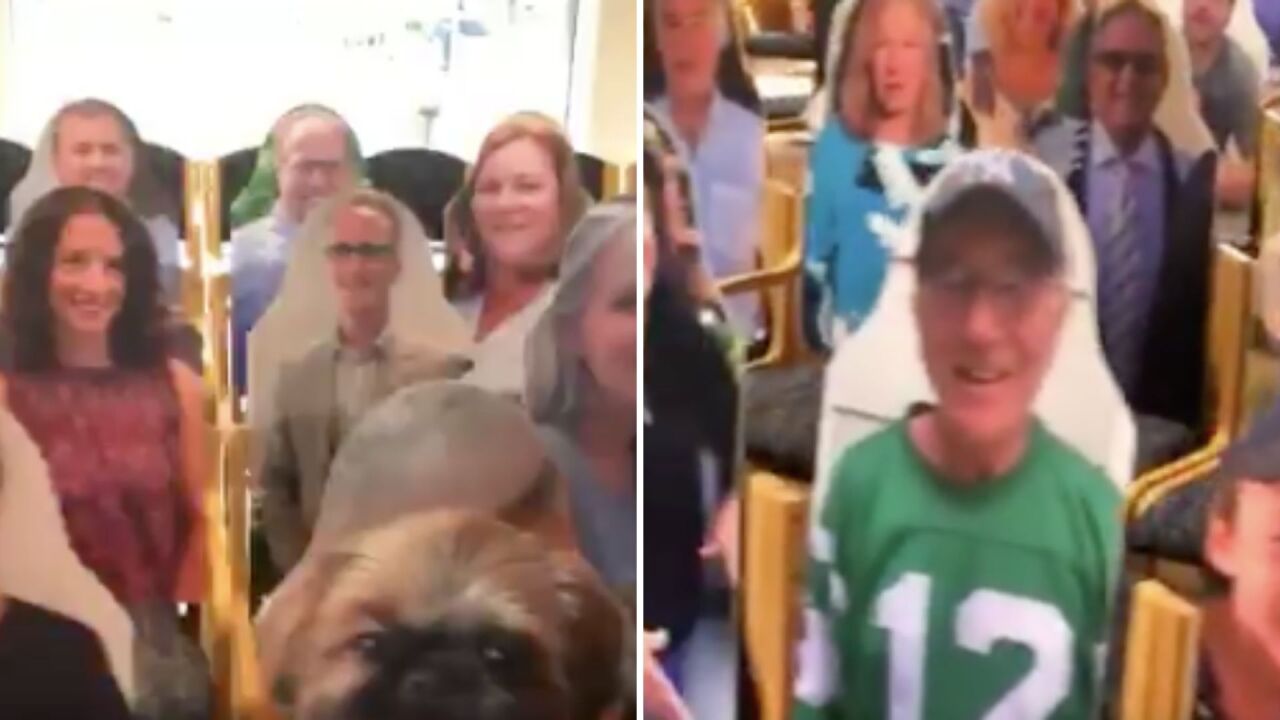 MANHASSET, N.Y. — A Long Island synagogue congregation that didn’t want its cantor to feel lonely during the celebration of the Jewish New Year took a page from the New York Mets, ordering cutouts to be placed in the seats before Friday’s services.

Marvin and Barbara Schaffer, active members of The Reconstructionist Synagogue of the North Shore, came up with the idea in the late summer.

“Just to have smiling faces looking back at them, I thought it would be a fun thing,” Marvin Schaffer said about Cantor Eric Schullmiller and Musical Director Solomon Hoffman, who will be running “virtual” services during the High Holidays, which begin Friday evening with Rosh Hashanah.

Schaffer and his wife, Barbara—who sings in the choir—are die-hard Mets fans, and both liked seeing the cutouts in the Citi Field seats during the abbreviated baseball season.

“Even though nobody was in the stands, it brought a little levity to Citi Field,” Marvin Schaffer observed.

Another synagogue member, Carrie Klimerman, made some phone calls and learned the Mets got their cutouts from Print Station in New Hyde Park.

Barbara Schaffer turned the idea into a fundraiser for the congregation.

“We have two or three dogs in the seats.”

The couple sold 117 cutouts and donated about $4,500 to the synagogue.

For those keeping count, this is Jewish New Year 5781.

Marvin Schaffer said they used the lucky number “18”—represented by the chai—to come up with a price for the cutouts.

The congregation included a cutout of Mordecai Kaplan, founder of Reconstructing Judaism, in the seats, along with Rabbi Emeritus Ira Eisenstein and his wife, Judith Kaplan Eisenstein, who celebrated the first Bat Mitzvah in American history.