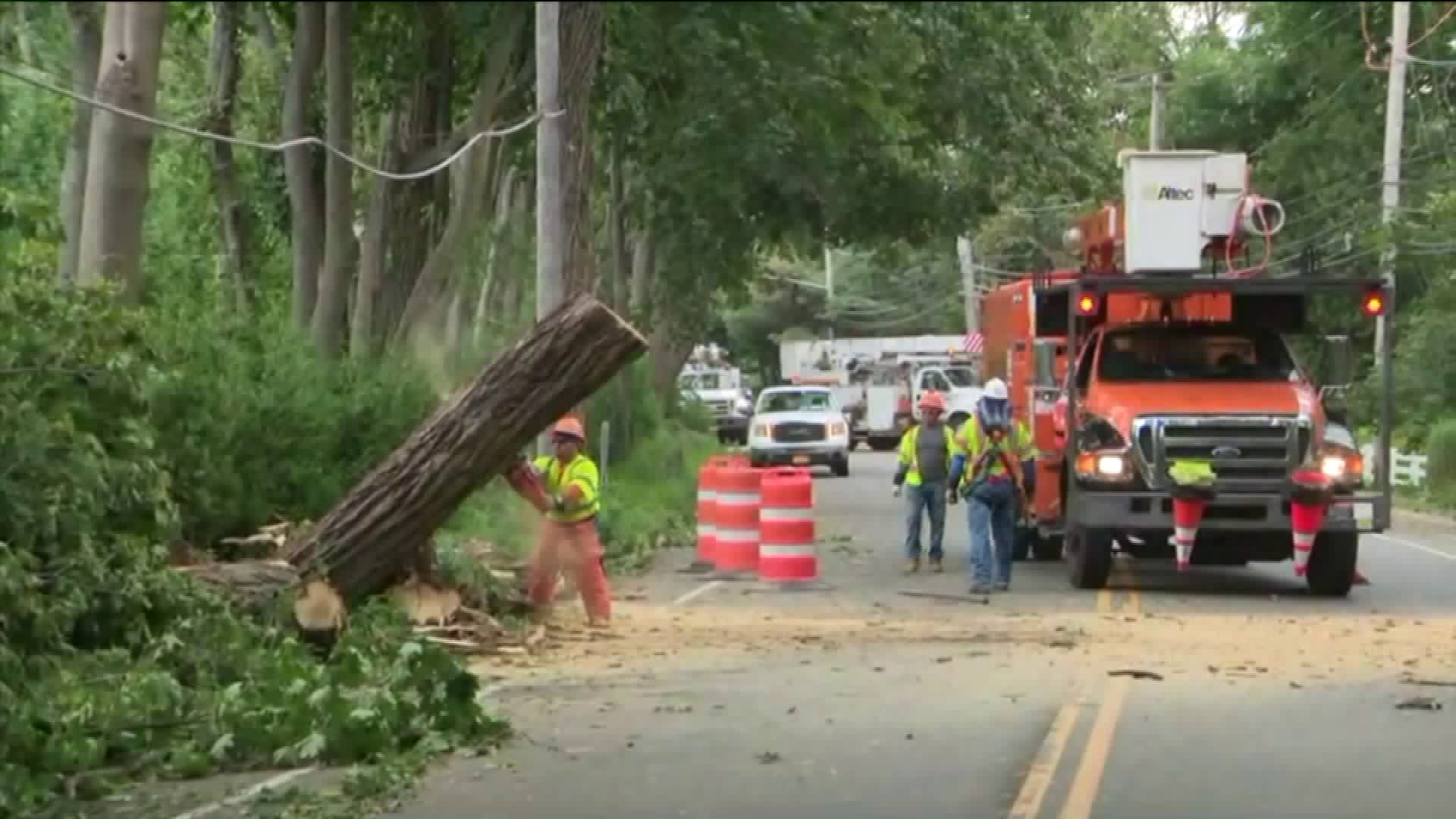 PSEG crews worked to restore power, but they were also met with complaints and criticism about not being prepared.

Knocked down power lines left tens of thousands of people in the dark on Wednesday.

PSEG crews worked to restore power, but they were also met with complaints and criticism about not being prepared.

Lawmakers said what happened was unacceptable and called for an investigation into why there was such a breakdown.

Utility officials said Isaias was one of the strongest storms they’ve had to deal with since taking over services from LIPA after Superstorm Sandy.

Still, customers said that has nothing to do with why they could not get though to report an outage in the first place.

Dr. Greg Lieberman said he and his wife have been taking turns calling the utility to no avail.

“We can’t get through, a pole almost missed my house, we have no power," Lieberman said.