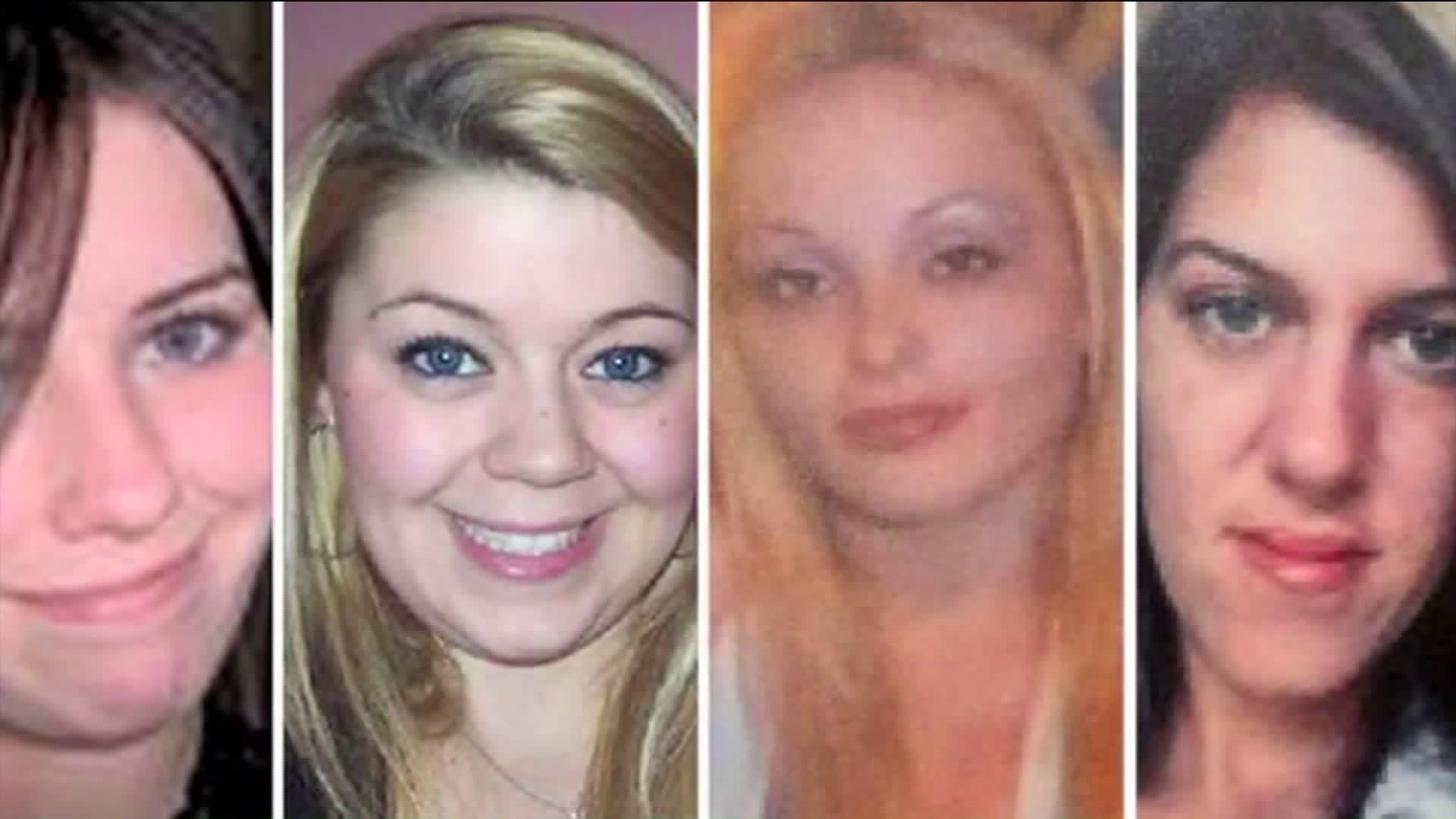 Investigators stymied by a nine-year mystery following the discovery of 11 sets of human remains strewn along a suburban New York beach highway revealed a previously unreleased photograph Thursday of evidence found at one of the crime scenes. 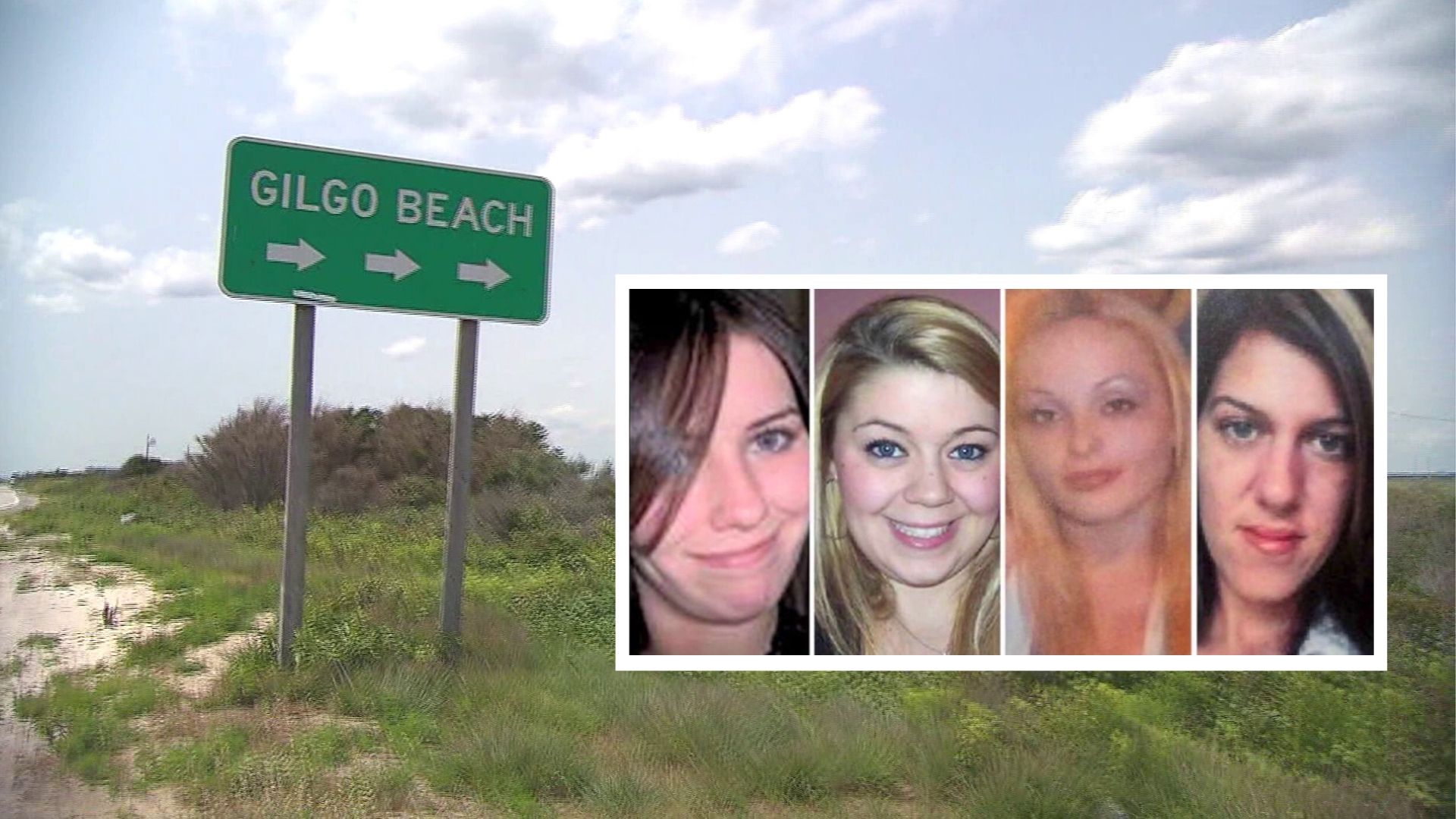 LONG ISLAND, N.Y. — It's "the most well-known and complex case" that the Suffolk County Police Department has ever undertaken, according to the police commissioner, and now, she's seeking the public's help in solving it. However, the ways in which the department has requested assistance, and fact that it's taken so long to seek that help, is the subject of some criticism.

It's actually a series of cases. At least 10 bodies were discovered in the underbrush at various points along a three-mile stretch of Ocean Parkway near Gilgo Beach, in 2010 and 2011.

Below, authorities share evidence in connection to the Gilgo Beach homicide investigation.

The first development announced on Thursday was a piece of physical evidence from one of the crime scenes where bodies were found.

"A black leather belt," Hart said, describing the evidence, "embossed with the letters HM or WH was recovered during the initial stages of the investigation."

"We believe the belt was handled by the suspect," the commissioner continued, "and did not belong to any of the victims."

The commissioner wouldn't say exactly what possible connections between the suspect and victims that investigators have looked into. She attempted to not disclose much more information.

Instead, Hart said that investigators are seeking answers from the public.

"We are launching a website," she announced. "Gilgonews.com is a platform to better facilitate an information exchange with the public."

Hart went on to talk about the combination of the belt evidence and the website. She said that there was "the hope that with its release, the public will generate new tips, and new investigative leads."

However, the Gilgonews.com website was inoperable for most of Thursday.

It wasn't the only source of frustration for critics of the investigation.

"For years," said lawyer John Ray at a news conference on Thursday morning, "nine years, the Suffolk County Police have covered up the facts in this investigation."

Ray is the attorney for the family of Shannan Gilbert, a sex worker. Her disappearance after leaving the home of an alleged client in the Gilgo area in May 2010 sparked the law enforcement search that resulted in so many bodies being found.

Gilbert had called 911 at length the night she vanished.

Release of tapes or transcripts of that call was among many aspects of the case that had been blocked by former Suffolk County police chief James Burke, and former district attorney Tom Spota. They also restricted FBI access to the investigation. Both men have now been convicted of crimes unrelated to the Gilgo killings.

New law enforcement leaders at Thursday's news conference indicated that the new disclosures show more openness on the part of the department. Still, police are not releasing Shannan Gilbert's 911 tape. The reason given came as a surprise.

"We don't think she matches many of the patterns of the Gilgo Beach homicides," Commissioner Hart said.

Ray, the attorney for Gilbert's family, strongly disagreed, saying that an independent forensic expert had determined that Gilbert's death was in fact a homicide.

Also, a new feature length film, titled "Lost Girls," contends that Gilbert was murdered, along with the other victims, most of whom, like Gilbert, were sex workers. The film is set for release on January 28th.

It's not at all clear that Thursday's announcement was an effort by law enforcement to get ahead of the film's release. Already, however, on social media, it's a topic of conversation.

As for law enforcement top brass, Hart said that both she and District Attorney Sini "remain dedicated to solving these homicides." She also said that police have gotten clearance to share DNA evidence from unidentified remains found at Gilgo with a national database, in an effort to find the killer, or killers.