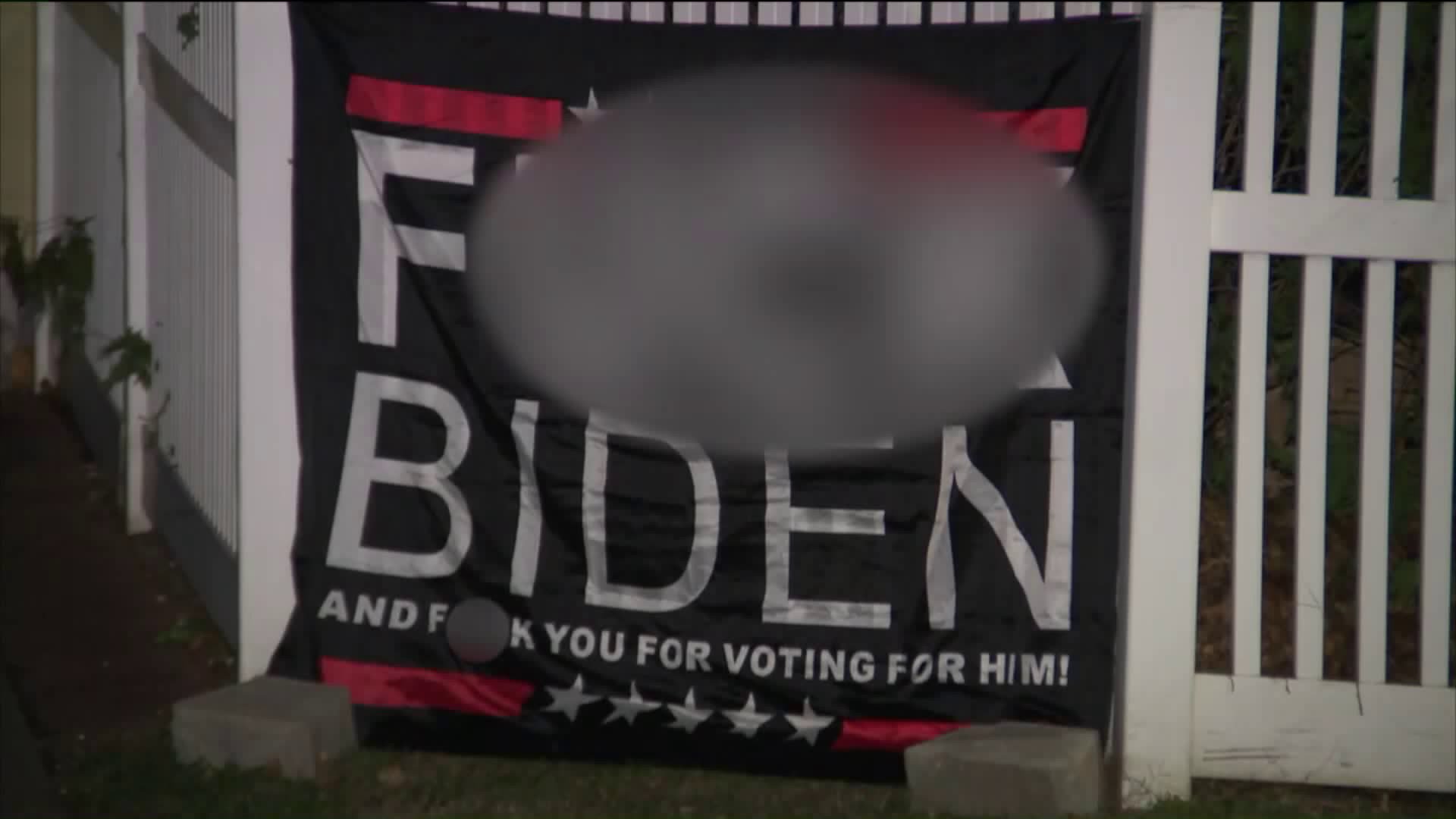 Call it a sign of the times. A political flag featuring the "F"-word has caught the attention of parents on their way to drop off and pickup their kids at the Denton Avenue elementary school in New Hyde Park.

A political flag featuring the "f" word has caught the attention of parents on their way to drop off and pickup their kids at the Denton Avenue elementary school in New Hyde Park.

They don't like the lesson in profanity it could be teaching their children.
In response to the flag, which says "f--- Biden," Principal Loren Borgese sent a letter to parents saying she is "appalled by the language and sentiment of the sign," urging parents to contact the police and town.

Adam Chojnacki, who put the sign up in his back yard, says he wishes someone would have contacted him first.

"Honestly, I heard nothing before you said anything," Chojnacki said.

Chojnacki says he previously had a Trump sign on his fence but it was torn down.

He says his father didn't want him to put up this flag because he was concerned someone would do something to the house.

But Chojnacki said he wanted to practice his first amendment rights.

"Freedom of speech and freedom of expression, that's it, that's how I feel," he said.

Chojnacki, 34 with no kids of his own, says he never took the students down the block into consideration before he put up the sign. Now that he realizes it's become an issue he is willing to compromise.

"I am willing to take down and put it in front of my house and replace it with something else less vulgar," Chojnacki said.

If he does move it, parents won't have to pass it with their children each day, but Chojnacki wouldn't say when that would happen.