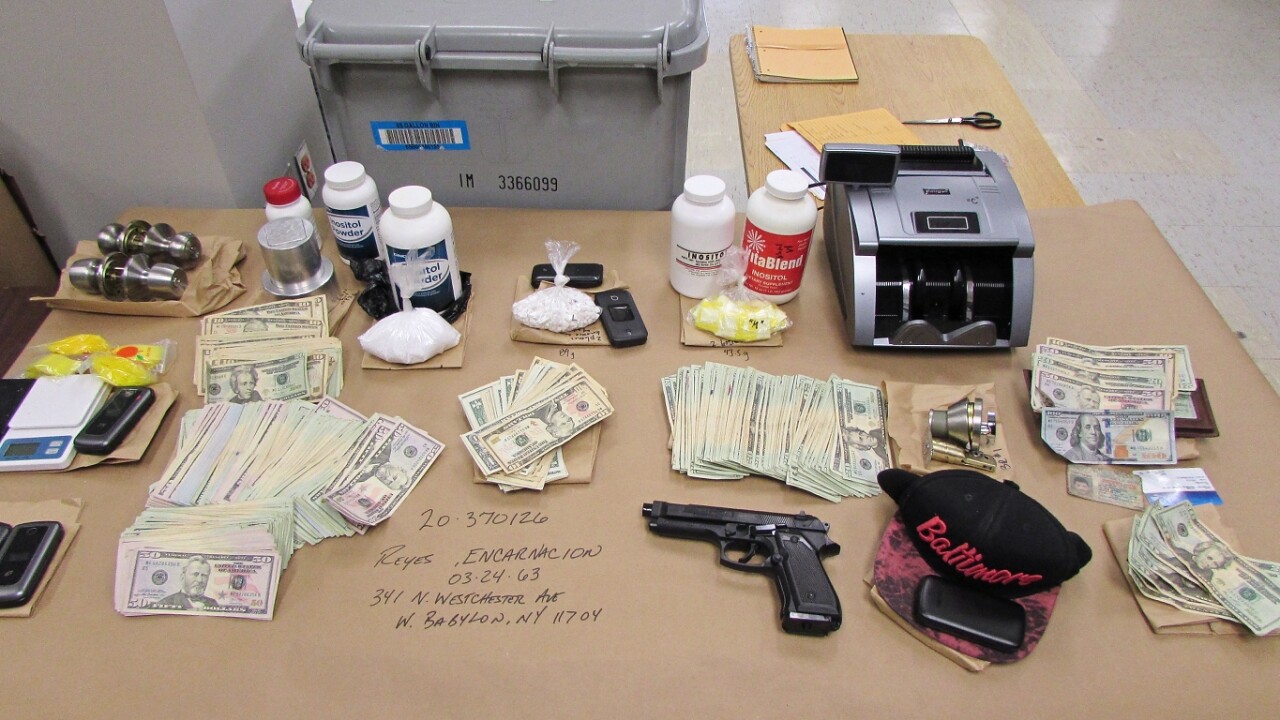 WEST BABYLON, L.I. — A West Babylon man has been indicted for what the Suffolk County District Attorney's office is calling an alleged "major cocaine trafficking operation."

“This is a major win for the Babylon community, who were vigilant in reporting this defendant’s alleged criminal activity to law enforcement and were an integral part of this investigation,” District Attorney Timothy D. Sini said. “Thanks to this joint effort, his operation has been effectively shut down and we have eliminated a major cocaine supplier in Suffolk County.”

The investigation began earlier this year after complaints came in from members of the community. Surveillance of Reyes' house included Reyes using a window adjacent to the garage of Reyes' house as a "take-out" window where buyers would purchase cocaine.

The investigation also revealed that Reyes would allegedly purchase large quantities of cocaine and would then use his West Babylon home to process the cocaine for resale by mixing it with a cutting agent to increase its volume then repackage it for distribution.

Reyes was arrested following a search warrant executed by law enforcement agents from the District Attorney’s Office, DEA’s NYDETF and Suffolk County Police Department on August 13. The search resulted in a recovery of approximately 1.3 kilograms of cocaine, more than $16,000 cash, and various paraphernalia consistent with drug packaging and sales, including scales, cutting agent, packaging materials, a money counter and six cell phones.

The investigation also revealed that Reyes allegedly ran illegal dice and card games out of his home. Surveillance revealed that these gatherings often included more than 20 individuals and occurred throughout the pandemic, resulting in further reports to law enforcement about suspected illegal activity at the house.