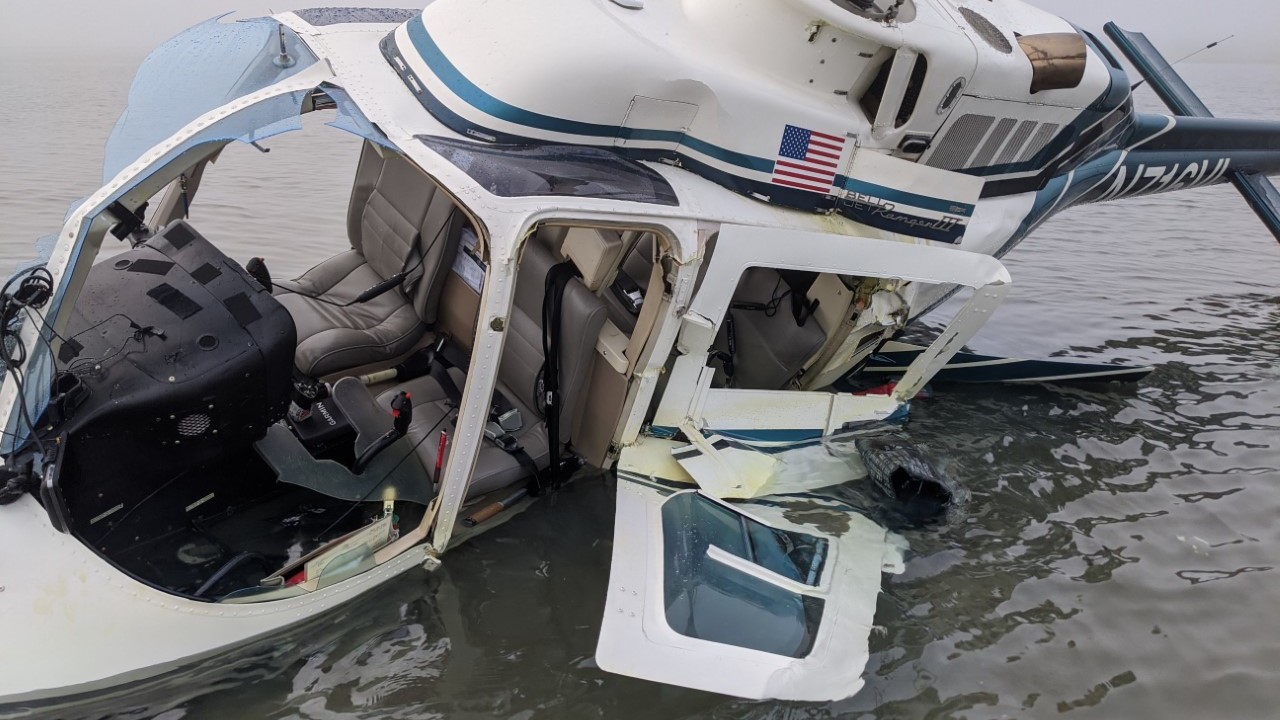 A helicopter crashed offshore near Jones Inlet Wednesday afternoon, according to the U.S. Coast Guard. 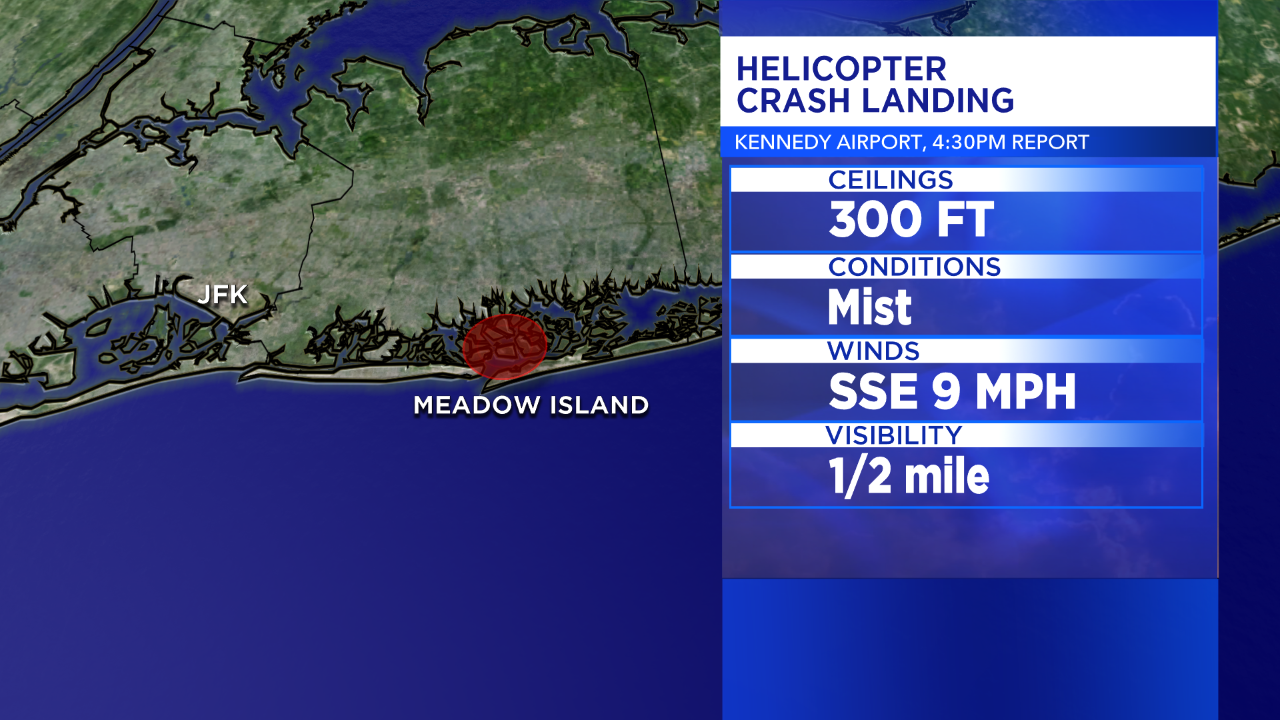 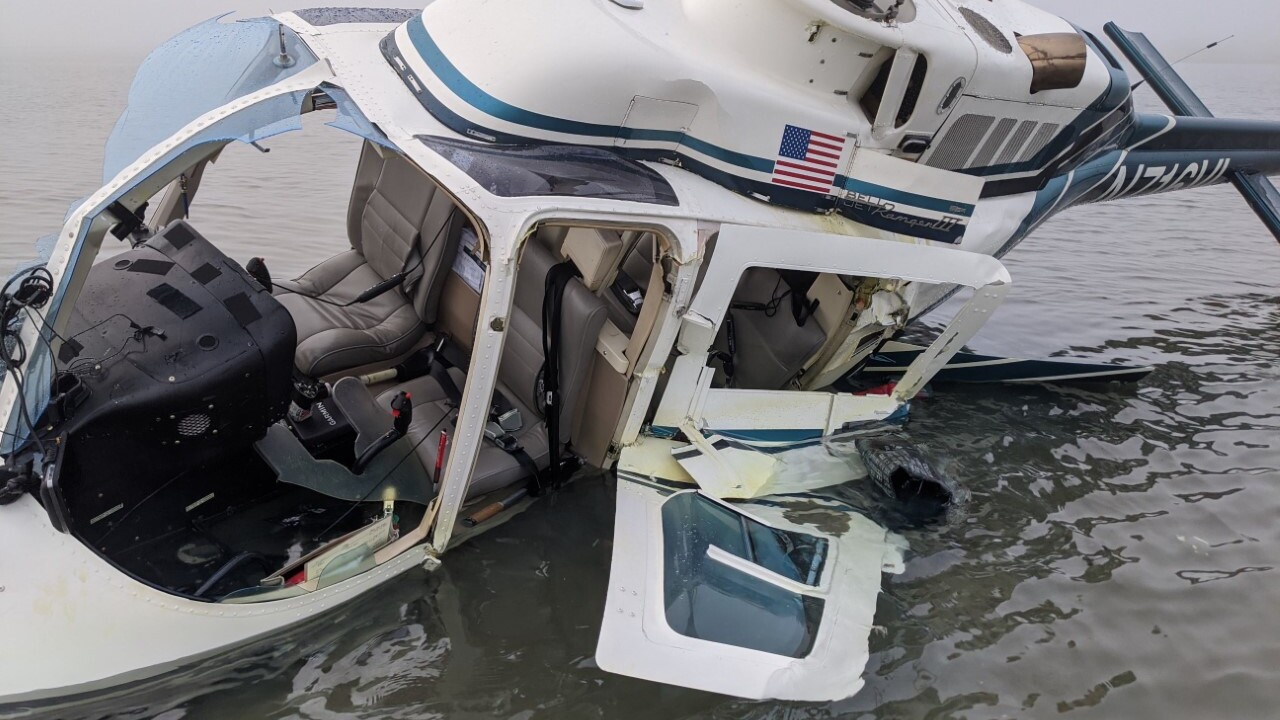 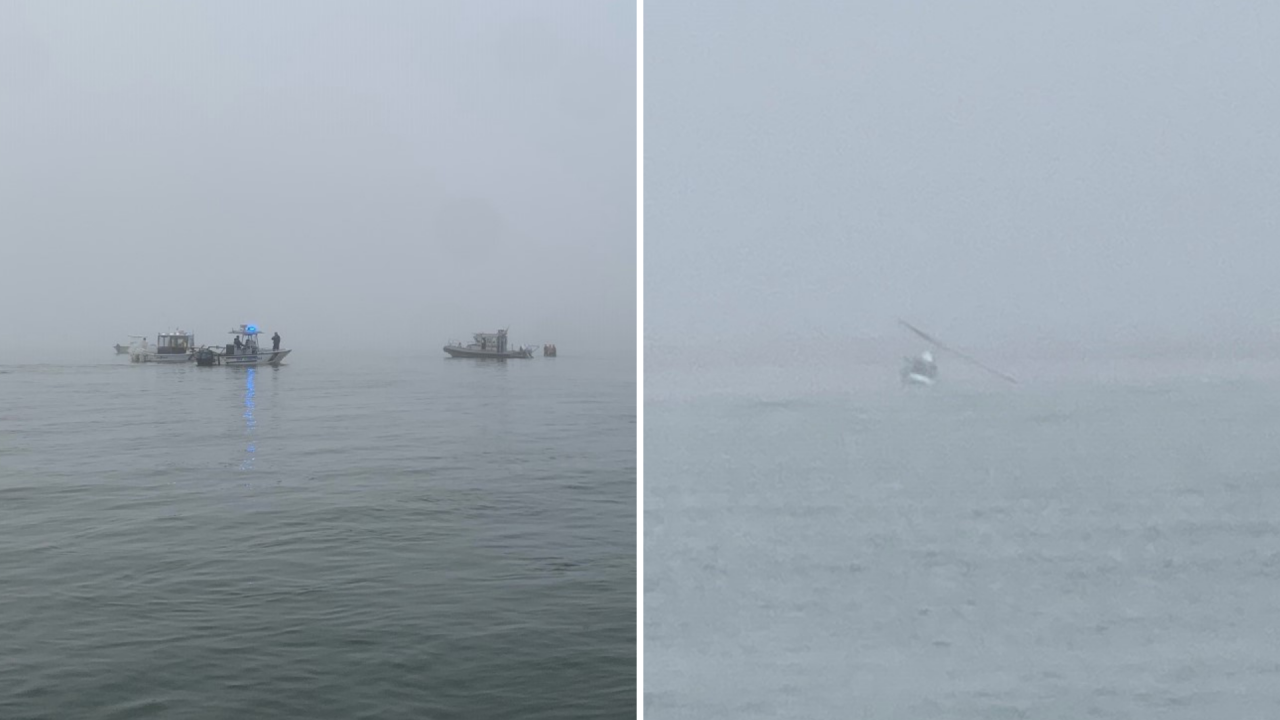 Officials said it appeared to be a controlled descent, with the pilot, a 64-year-old man, attempting to land at Meadow Island north of Point Lookout at around 4:15 p.m. Wednesday. The chopper landed in an area with about three feet of water.

Rescue crews from the Coast Guard and several other local agencies responded, and the pilot was rescued from the aircraft and taken to a local hospital with minor injuries, including a facial laceration and back and rib pain. He was the only one on board.

There was also some damage to the helicopter.

Chief Petty Officer David Turner of the U.S. Coast Guard said he did not know the cause of the crash, nor did he know details of the flight plan. There was very thick fog in the area Wednesday, and while Turner did not know if it was a contributing factor to the landing, he said it's difficult to operate in those conditions.

Visibility was only a half-mile in the area at the time of the incident with misty conditions in the area.

"I kept on hearing this helicopter, circling and circling and after a couple circles it didn't sound right to me," said Damian Walsh, who took this video of the immediate aftermath.

You can hear the helicopter's emergency siren still going off in the background of the videos he shot. Walsh was out on his boat when he says a thick fog quickly rolled in around 4:30 p.m. Wednesday afternoon.

"It turned pretty quickly probably had about 20 yards of visibility"

He and another boater rushed to the scene after hearing a loud splash. Officials called it a controlled descent by the pilot, one coast guard officer told Walsh the pilot fell a thousand feet in three seconds.

The helicopter fell into shallow water.

"He was lucky, if he fell 50 yards over, he wouldn't have survived," Walsh said. "I got him on the boat, I called his wife, let her know he was alight."

Then him and a couple of other good Samaritans got him over to rescuers.

"They wouldn't have found him in that fog. I was in the right place at the right time."

The investigation into the landing is ongoing.