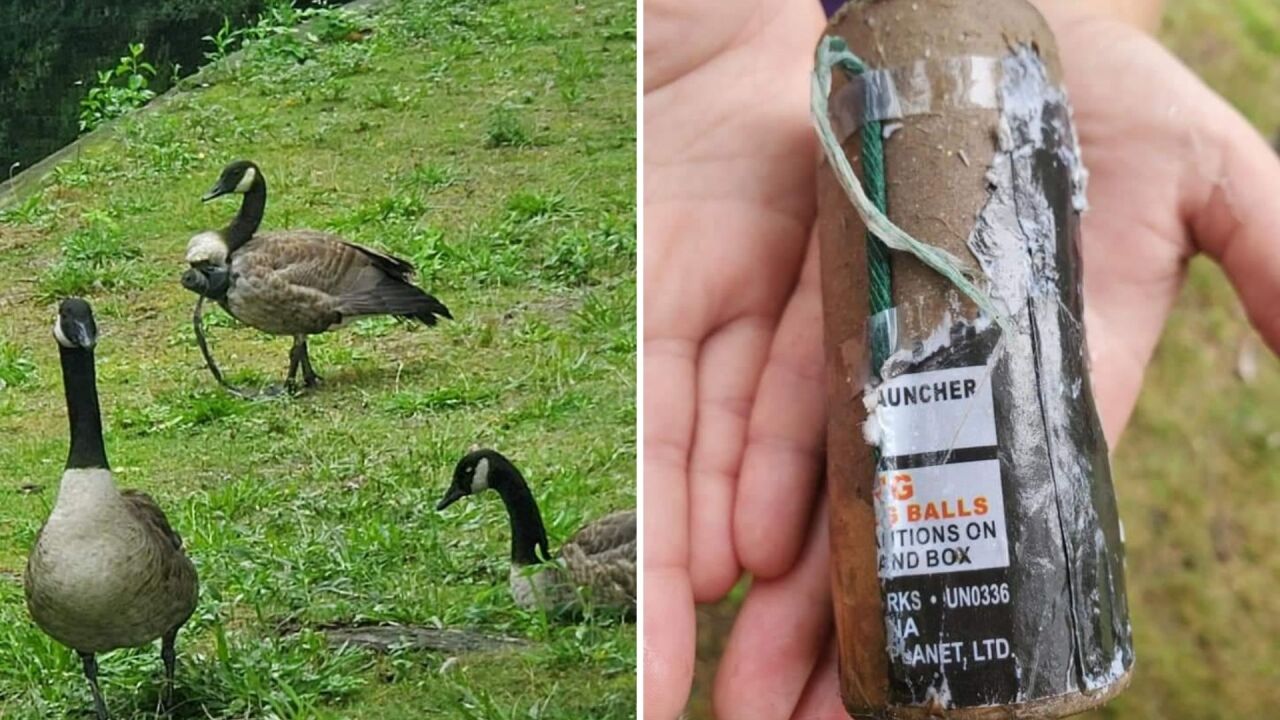 LION
Animal advocates rescued a goose with a firecracker taped to its chest at a lake in Baldwin, New York, on July 31, 2020.

BALDWIN, N.Y. — Authorities are looking for a person who strapped a firecracker to a goose at a Long Island lake, according to animal advocates.

Members of Long Island Orchestrating for Nature and PETA rescued the goose at Silver Lake Park in Baldwin on Friday.

Rescuers said the firecracker was duct taped to the bird’s chest and the fuse was lit, but they believe the goose ran into the water and put it out before it could go off.

LION and PETA members were able to catch the goose and bring it to a veterinarian, who removed the firecracker and duct tape.

The goose was treated for minor abrasions and feather loss, and was released back to its flock, according to LION and PETA.

The Nassau County SPCA is investigating the incident, the organizations said.

LION and PETA are offering a $5,000 reward to anyone who provides information that leads to an arrest and conviction on cruelty charges.

Anyone with information is asked to contact LION at humanelongisland.org.