Goose saved after found with explosive attached on LI 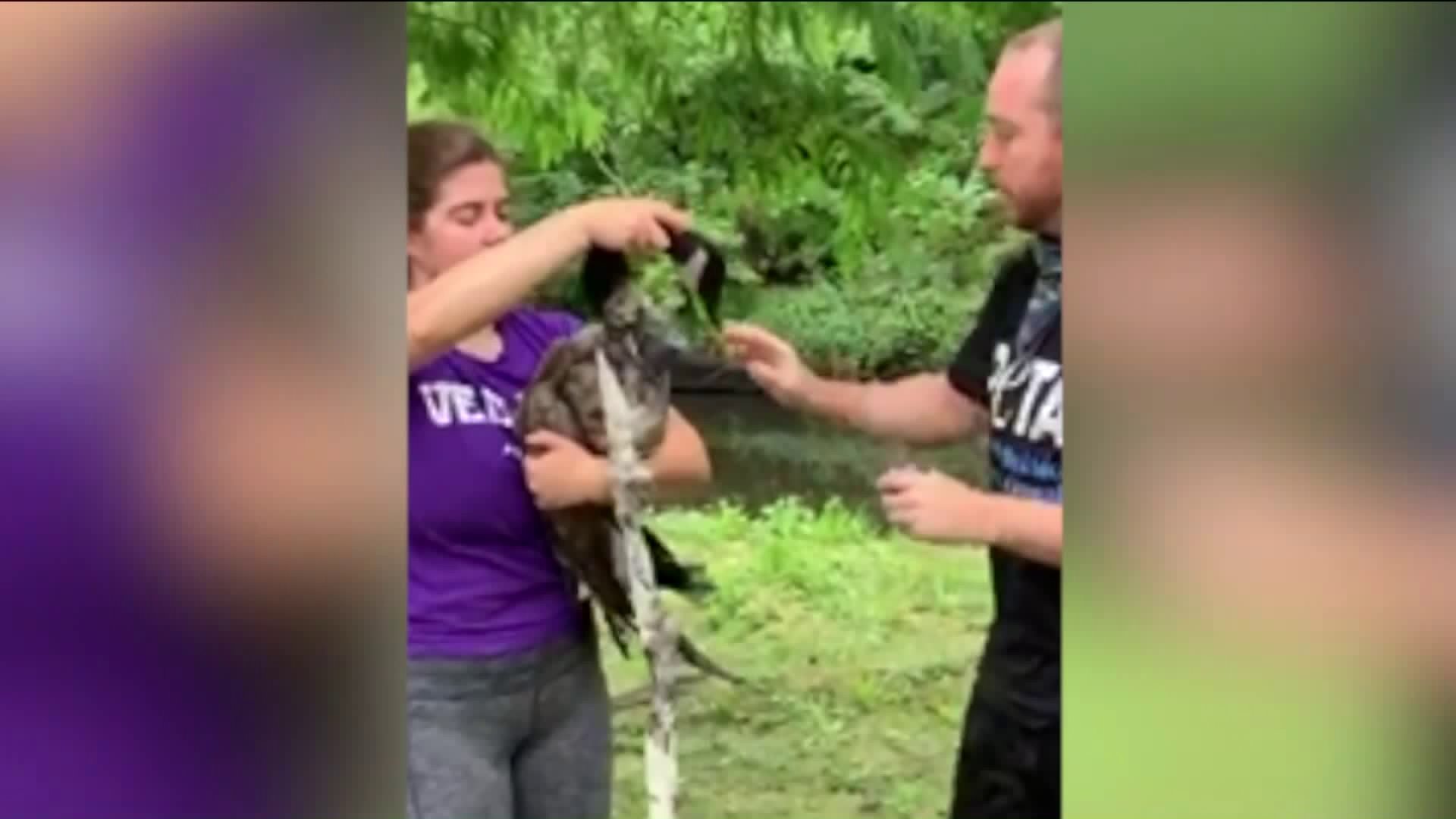 Some twisted person tried to blow up a goose at Silver Lake Park in Baldwin on Long Island Friday. 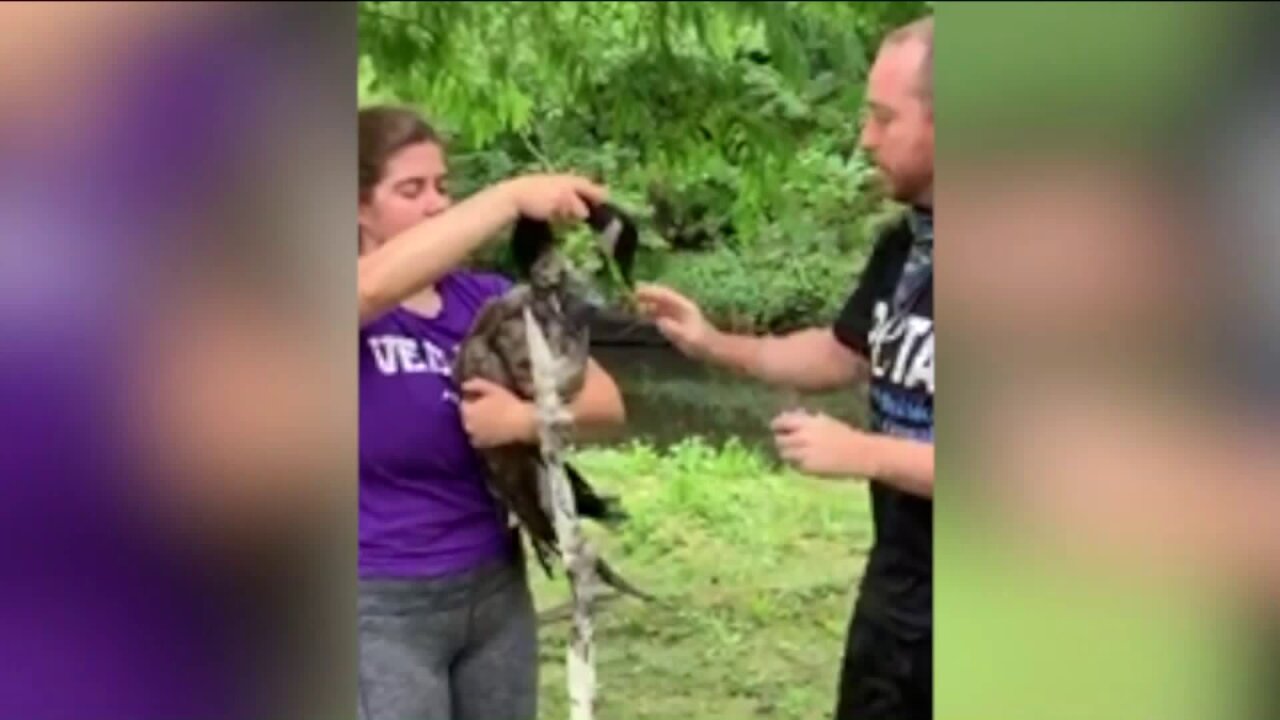 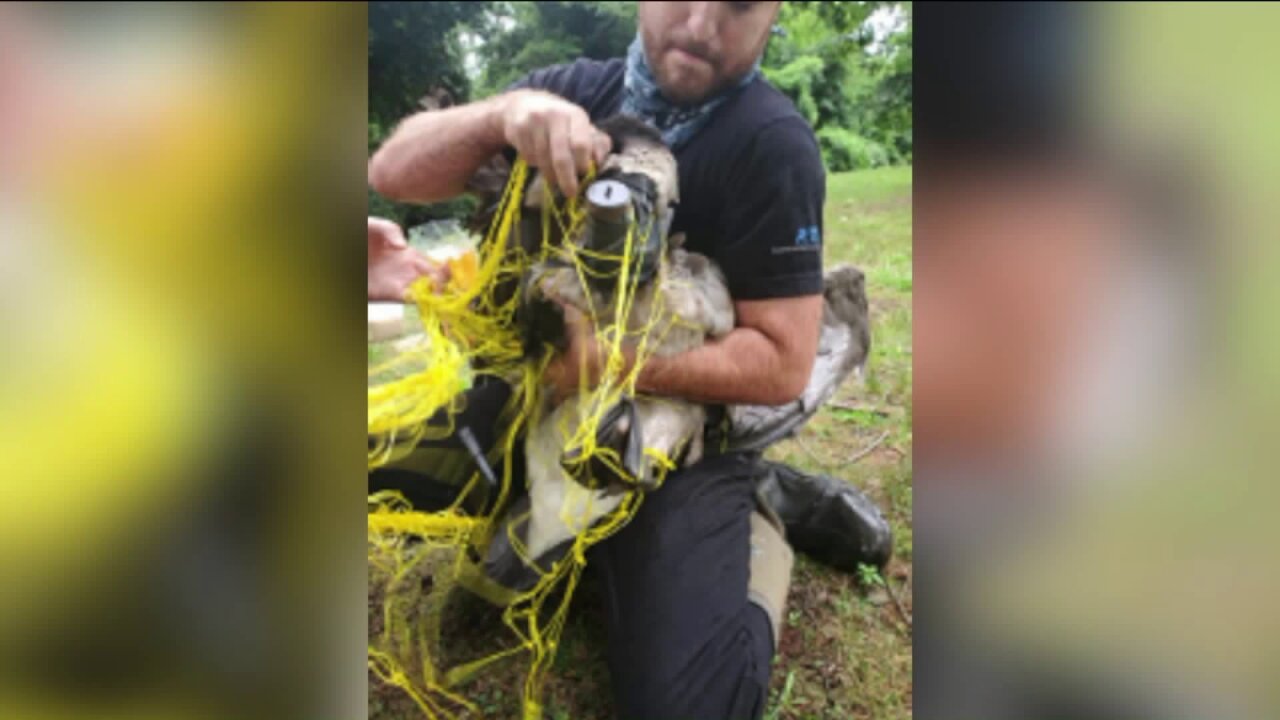 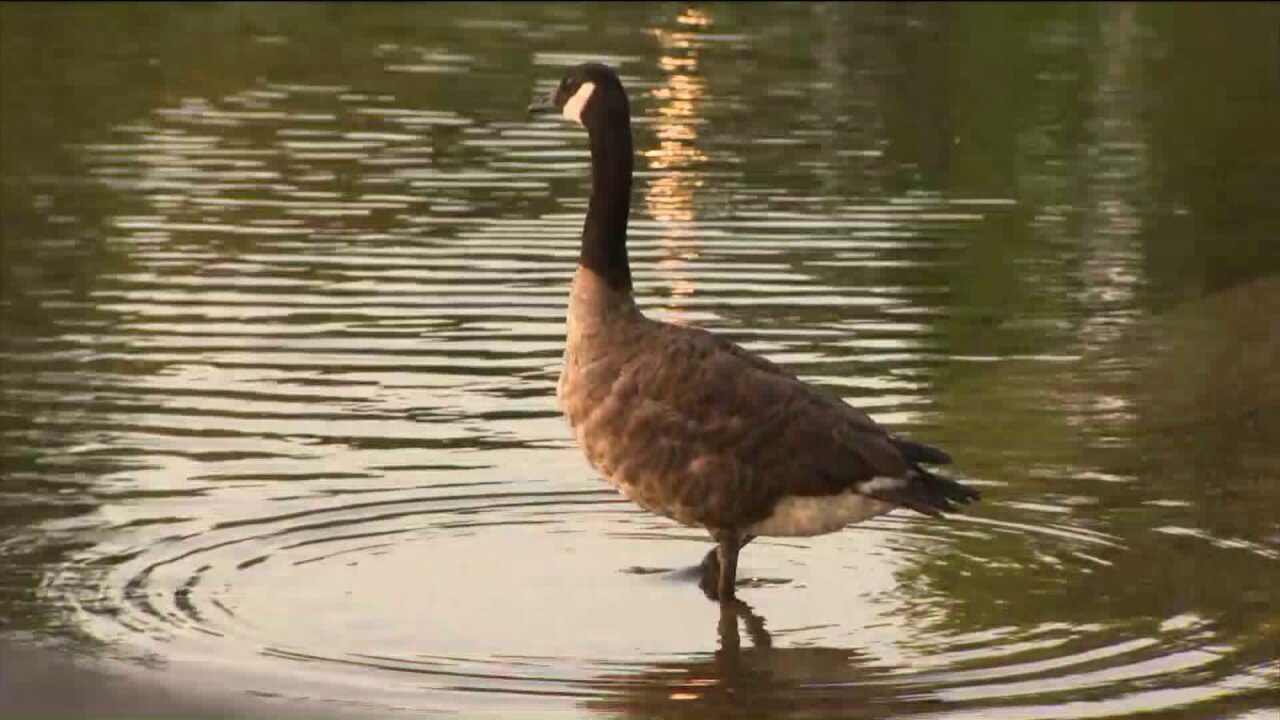 BALDWIN, L.I. — Some twisted person tried to blow up a goose at Silver Lake Park in Baldwin on Long Island Friday.

The bird was found with an explosive device duct taped to its chest.

“She would be dead and so would her flock mates as well,” said John DiLeonardo who rescued the bird.

DiLeonardo happens to be a member of both PETA and LION. PETA is People for the Ethical Treatment of Animals and LION is an acronym for Long Islanders Orchestrating for Nature.

The goose was spotted Friday with this explosive duct taped to its breast.

The heavy duty firework didn’t explode. The theory, according to DiLeonardo, is that when the perpetrator or perpetrators lit the fuse on the firework, the frightened bird ran into the water and doused the fuse.

“I’m sure she was very trusting before this cruel person strapped this firecracker to her,” he said.

The bird was injured by the tightly wrapped duct tape around its body. After it was captured and the explosive removed, it was taken to a vet. A few hours later. the goose was deemed healthy enough to be released back into the lake and she seems to be doing just fine a day later.

DiLeonardo fears whomever tried to kill the bird might do strike again.

“The FBI, medical professionals, the police department have all well documented the link between animal abuse and human violence, so it’s only a matter of time before this person escalates and harms another animal or a person.”

PETA and LION are offering a $5,000 reward for information leading to an arrest.