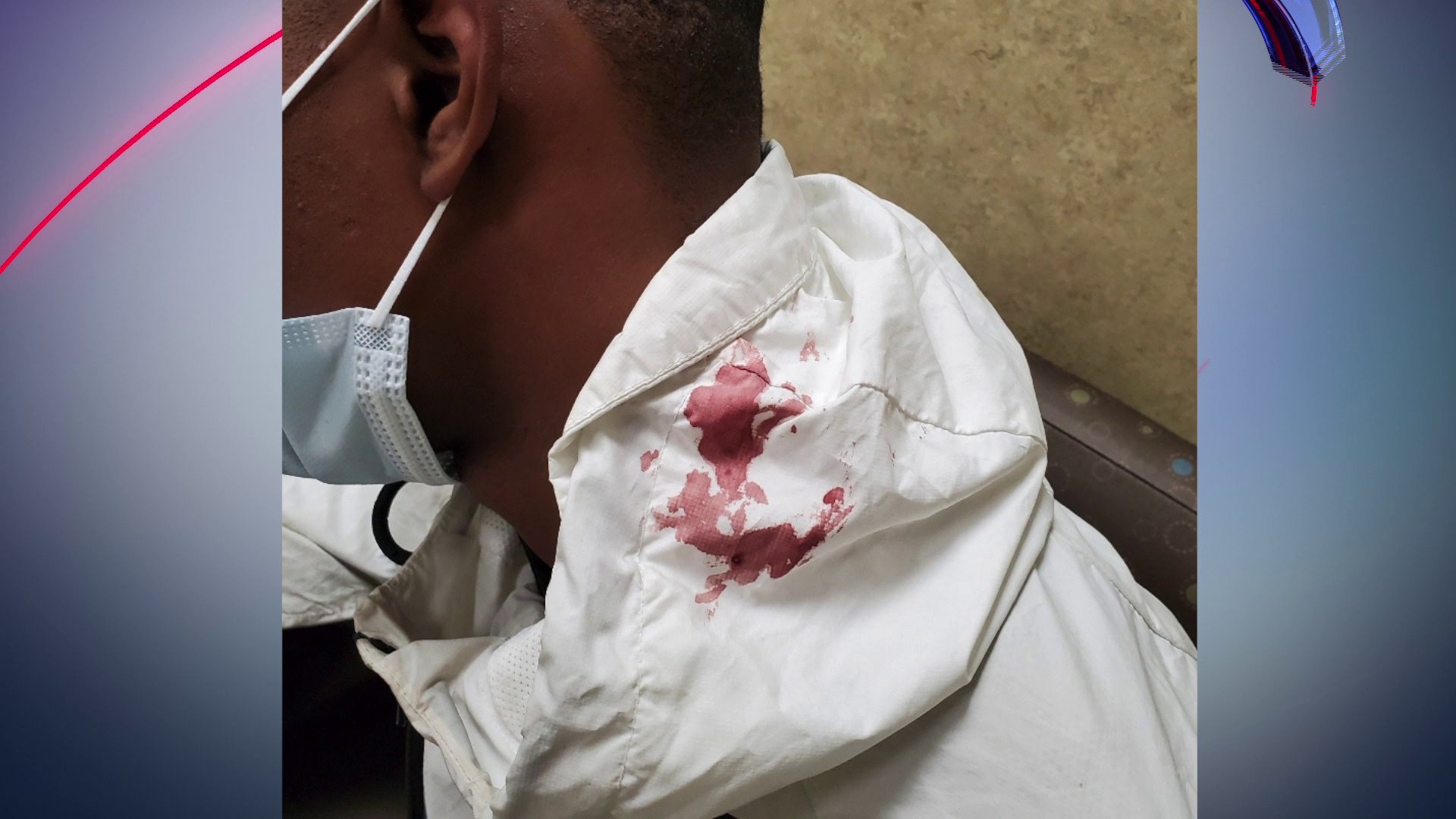 Ahmad Tillery, 15, was at the park with his brother and another friend on Tuesday when they were arrested.

"They slam him on the ground, cut his ears right here and then they're picking him up, slamming his head on the hood," Mondy Tillery said.

She had no idea what was happening at the park just down the block from their home. Tillery had called her son and told him and his brother to come home. They never made it because they were stopped by police.

The 15-year-old boy asked to call his mom, but he was told to shut up, his parents said.

Police said the teens are part of a gang and had assaulted a 32-year-old man that same afternoon in Roosevelt.

"Not all black, African American children are gang members," David Tillery said. "You do have quality citizens like my boys. They're Boy Scouts. They're in a church choir."

"They had these youths in the police precinct for over three hours," the teens' dad said. "That's how long it took for my wife to find them by tracing their phone.

The Nassau County Police Department has disputed the claims of police brutality.

"At no time was excessive force used and a physical questionnaire was completed in the precinct indicating there were no injuries and the subject was in good health," the department said in a statement. "This document was signed by both the juvenile and his mother at the time he was released from police custody."

The family will hold a rally against police brutality on Saturday at 10:45 a.m. at the Rev Arthur Mackey Sr. Park in Roosevelt.