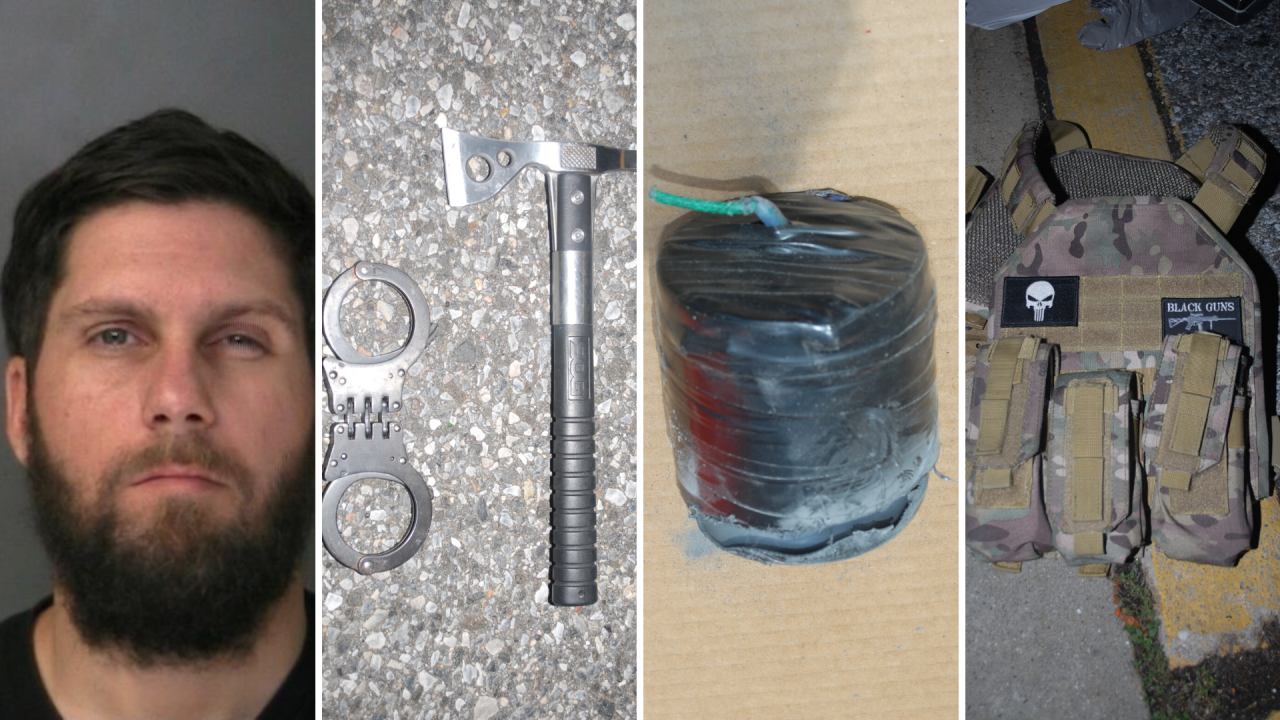 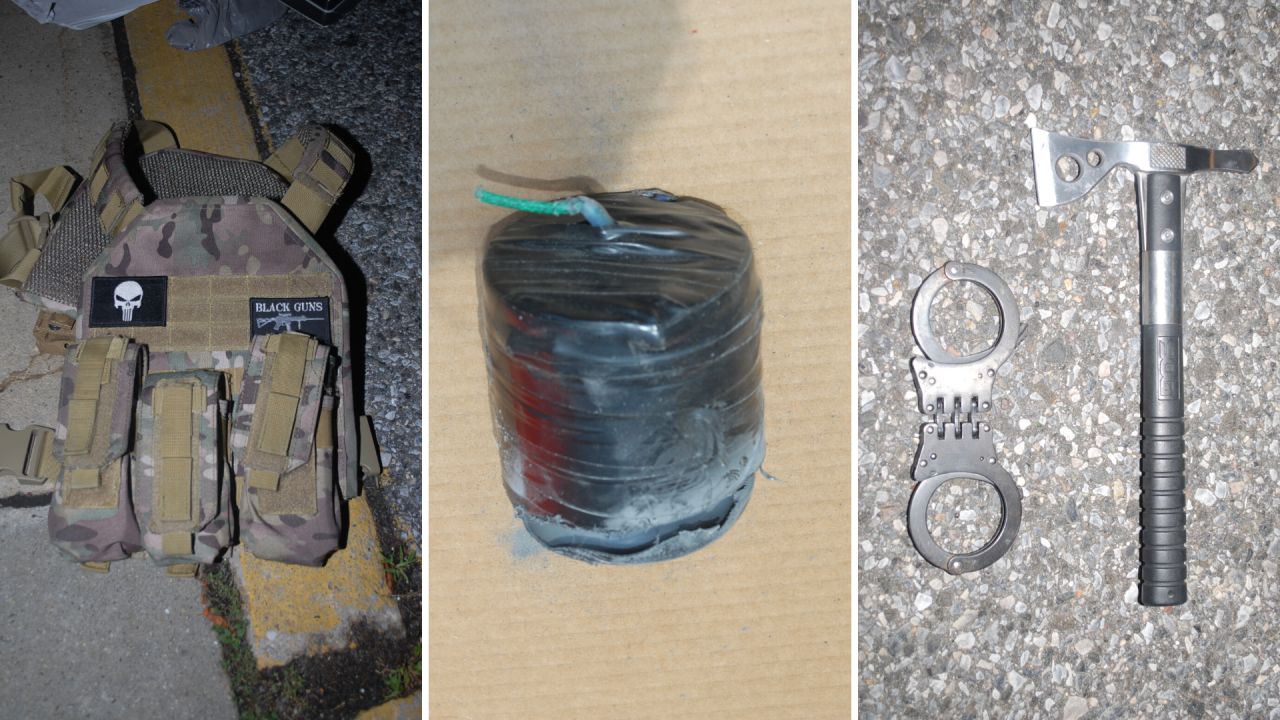 “They appear to be the size of a grenade with a fuse,” Commissioner Hart told reporters on a telephone conference call Thursday.

She said the suspect, Robert Roden, went to Stony Brook’s emergency room on Tuesday about 9 p.m. with his male partner. A third man dropped off weapons, she added.

The incident prompted hospital police to put the medical facility on lockdown until 1:30 am, with patients on two floors moved to other areas.

She said fully loaded magazines filled with 9mm bullets were discovered on the tactical vest Roden was wearing. Hart said he was carrying a fully-loaded BB gun in his waistband.

Chief of Detectives Gerard Gigante spoke about one of the first devices tested by the Suffolk County Bomb Squad.

“It did have the ability to be energized and explode,” Chief Gigante said.

When PIX11 asked if Roden was tied to an extremist group, Commissioner Hart responded his associations were under investigation, adding “We are partnered with the FBI to analyze electronics seized at the home.”

We also asked if Roden had a criminal background.

Commissioner Hart told us Roden had a 2019 arrest for Menacing in the First Degree.

We asked if Roden had a vendetta against Stony Brook and if his partner was being treated there for a serious illness. Commissioner Hart said she couldn’t talk about the partner’s medical issues, citing privacy laws.

Roden, who is unemployed, appeared in Suffolk County Court Thursday where he was charged with criminal possession of a weapon. Additional charges are expected.

The FBI is analyzing the contents of the explosive devices at its lab.