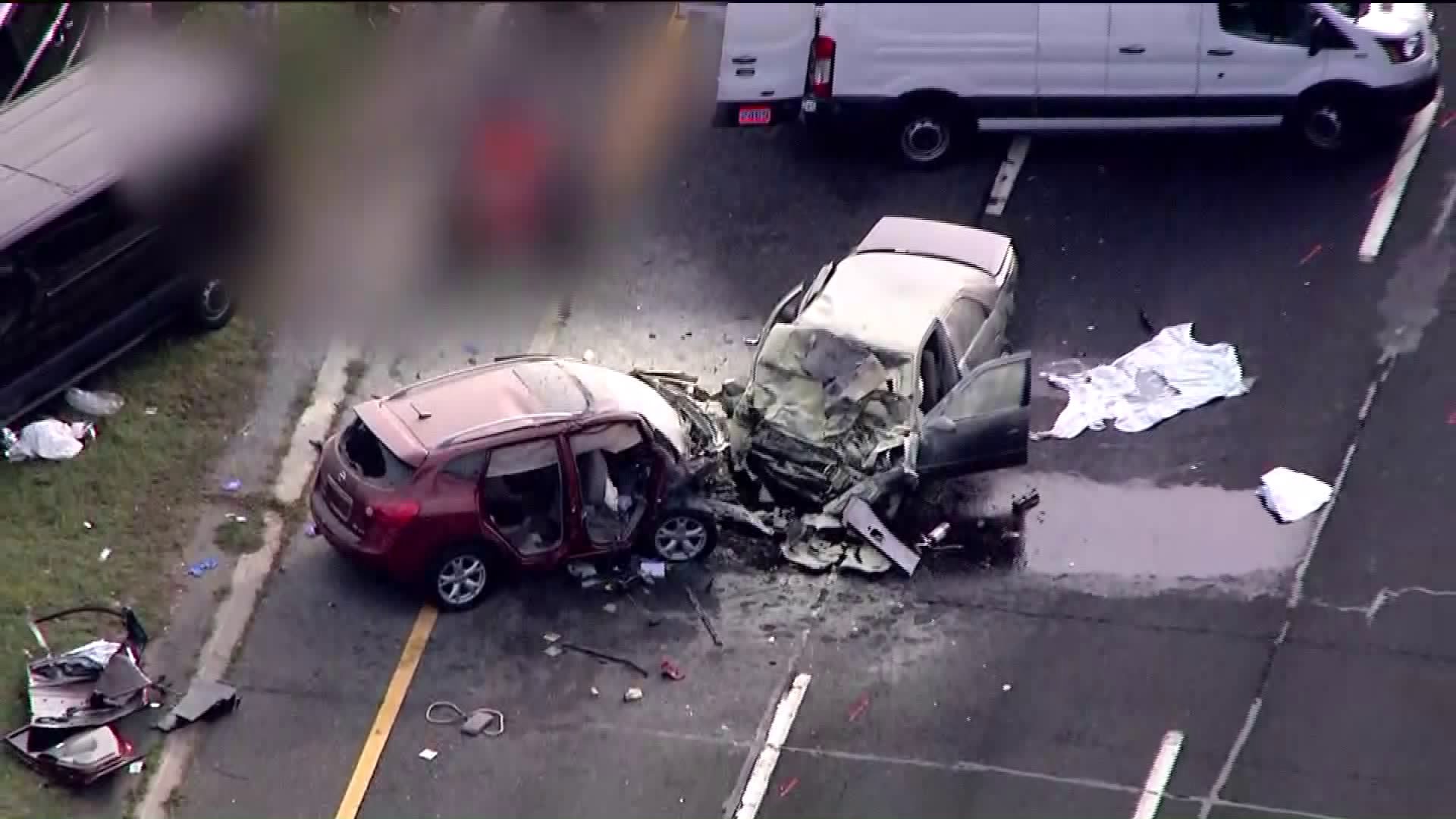 Four people were killed and several others injured when a driver traveled the wrong way on the Southern State Parkway early Tuesday and collided head-on with an SUV, police said. 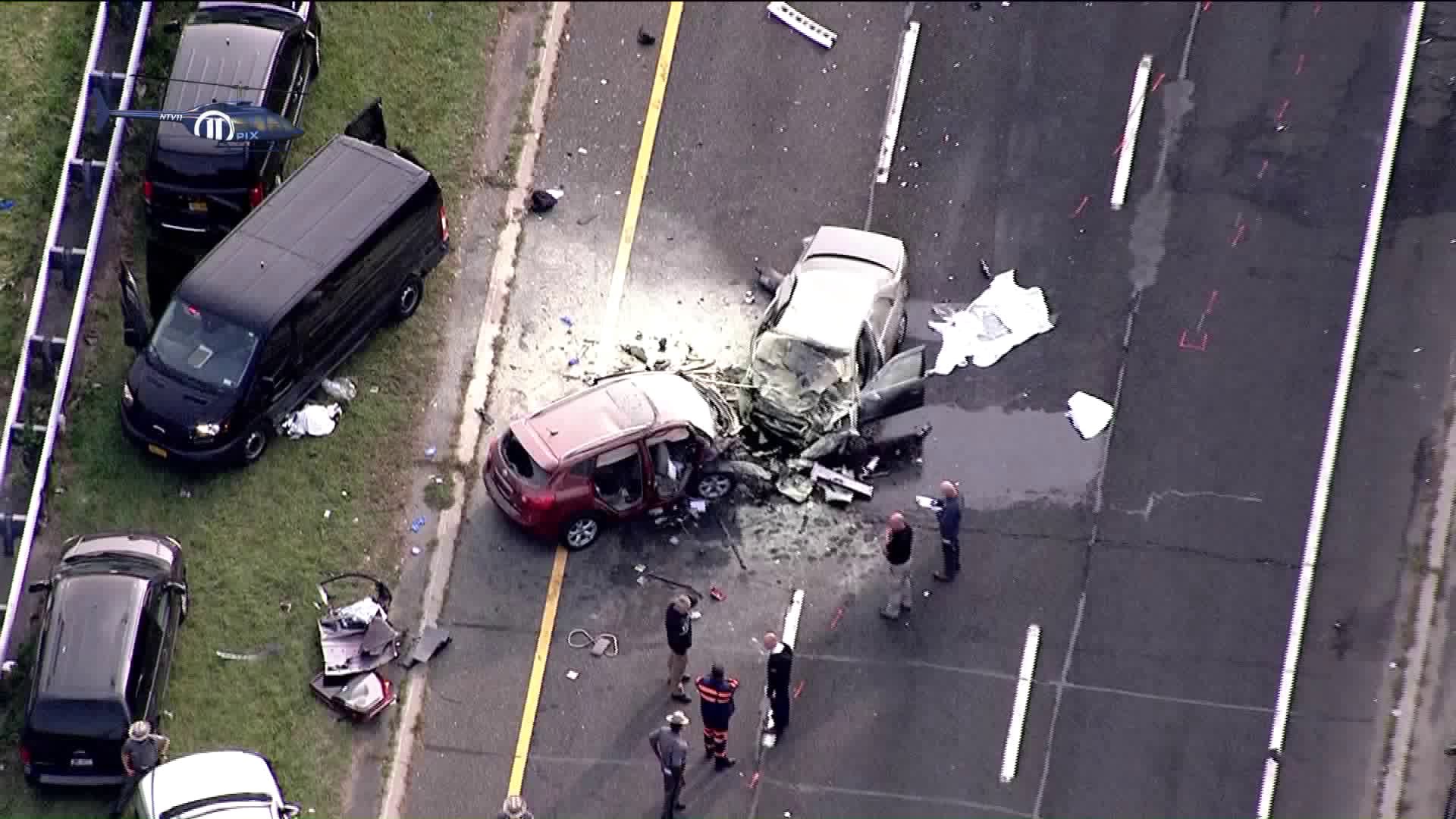 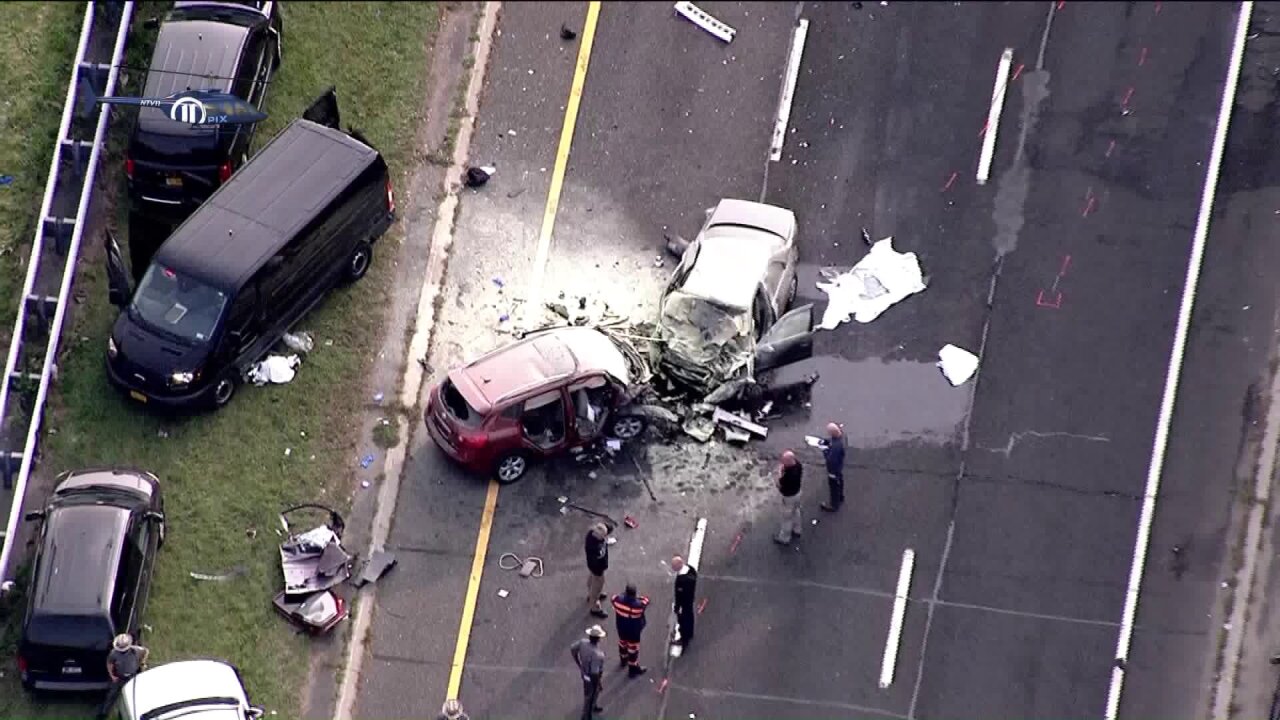 NORTH MASSAPEQUA, N.Y. — Four people were killed and several others injured when a driver traveled the wrong way on the Southern State Parkway early Tuesday and collided head-on with an SUV, police said.

AIR11 was over the scene where state police said the multi-vehicle collision happened just after 5 a.m. on the eastbound side of the highway, between exits 29 and 30, in North Massapequa.

Moments before the crash, police said they received several 911 calls about a wrong-way driver in the eastbound lanes.

A Toyota Camry, with the driver as the only occupant, was heading west in the eastbound lanes when it collided head-on with a Nissan Rogue SUV traveling east with four people inside, police said.

The driver of the Toyota, identified as Marvin Balcaseres, 33, from Farmingdale, and three people in the SUV — 67-year-old Ruben Sanchez-Flores, who was driving; 56-year-old Edith Magana; and 34-year-old Ivis Sanchez-Cordova — died at the scene, officials said.

The fourth SUV occupant, 44-year-old Nadia Sanchez-Cordova, who was in the front passenger seat, is hospitalized in critical condition, police said.

All of the victims in the SUV were from Hempstead and some may have been related, police said. The group was on their way to work when the crash occurred, officials said.

"We’d first like to pass along our condolences to those who lost loved ones in this morning’s accident. Our thoughts are with them,” New York State Police Captain George Mohl said during an afternoon briefing.

Another SUV driver, Queens resident Steven Miller, 50, tried to avoid the crash but struck the Toyota, according to authorities. Miller, who was the only occupant in the vehicle, was not injured, police said.

A motorcyclist, identified as Roberto Mack, also lost control and slammed into debris from the collision, officials said. The 32-year-old from Georgia suffered non-life-threatening injuries, according to police.

“There was a lot of debris in the roadway, a lot of fluid from the engine compartment — antifreeze, oil — so it was a chaotic scene,” Mohl said.

State police offered updates on the crash investigation. Watch the news conference below.

The eastbound lanes of the parkway were closed for several hours but have since reopened.

The cause of the crash remains under investigation. Troopers used drone technology Tuesday morning to recreate simulations of the crash, Mohl said.

Investigators believe the driver of the Toyota entered the parkway either at exit 30 or 31, and had driven less than a mile before the crash occurred.

Troopers are canvassing the area for surveillance video that may have captured any of the vehicles involved.

The medical examiner is conducting an autopsy on the driver of the Toyota and will determine whether drugs or alcohol were present in his system at the time of the crash, Mohl said.

Officials asked that anyone with information on the crash is advised to call investigators at (631) 756-3300.