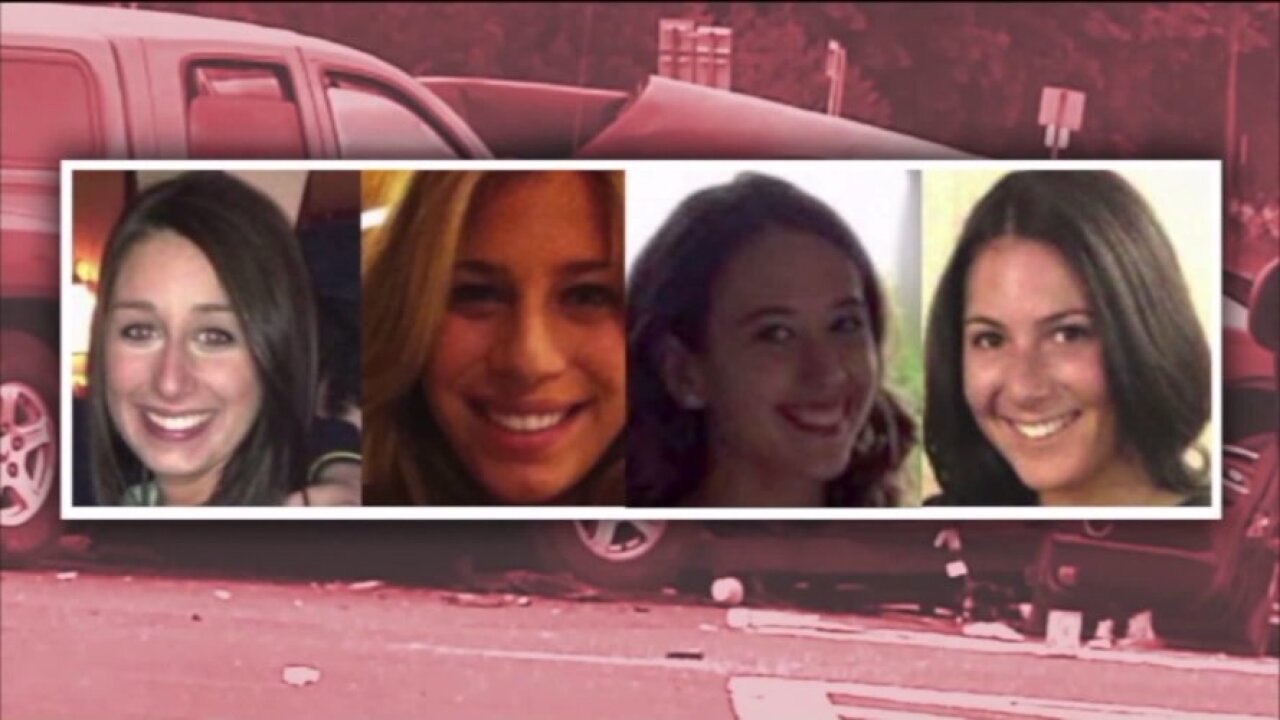 It's been nearly five years since four women were killed when a truck crashed into a limousine on Long Island.

LONG ISLAND — Saturday marks five years since a devastating limo crash on Long Island that claimed the lives of four young women and injured several others.

The women were on their way back from Vineyard 48 in Cutchogue on July 18, 2015, when their limousine was T-boned by a pickup truck.

Brittany Schulman, 23, and Lauren Baruch, 24, both from Smithtown; Stephanie Belli, 23, of Kings Park; and Amy Grabina, 23, of Commack, were killed in the crash.

Four additional young women were injured as well as the limo driver.

The driver of the pickup truck, Steven Romeo, was charged with driving while intoxicated despite having a blood-alcohol level that was below the legal limit at the time he was tested.

Romeo had a blood alcohol level of 0.66, but it was measured more than an hour after the crash.

In 2017, he pleaded guilty to driving while impaired. Romeo was fined $500 and his license was suspended for 90 days.

The survivors of the crash gathered with the victims' families on Thursday for a memorial ceremony at LABS Lane, a street in Smithtown dedicated in memory of the women killed.

In previous years, family and friends had marked the anniversary with memorial 5K run/walk in Smithtown. The "Running 4 Our Angels" event was canceled this year due to the COVID-19 pandemic.