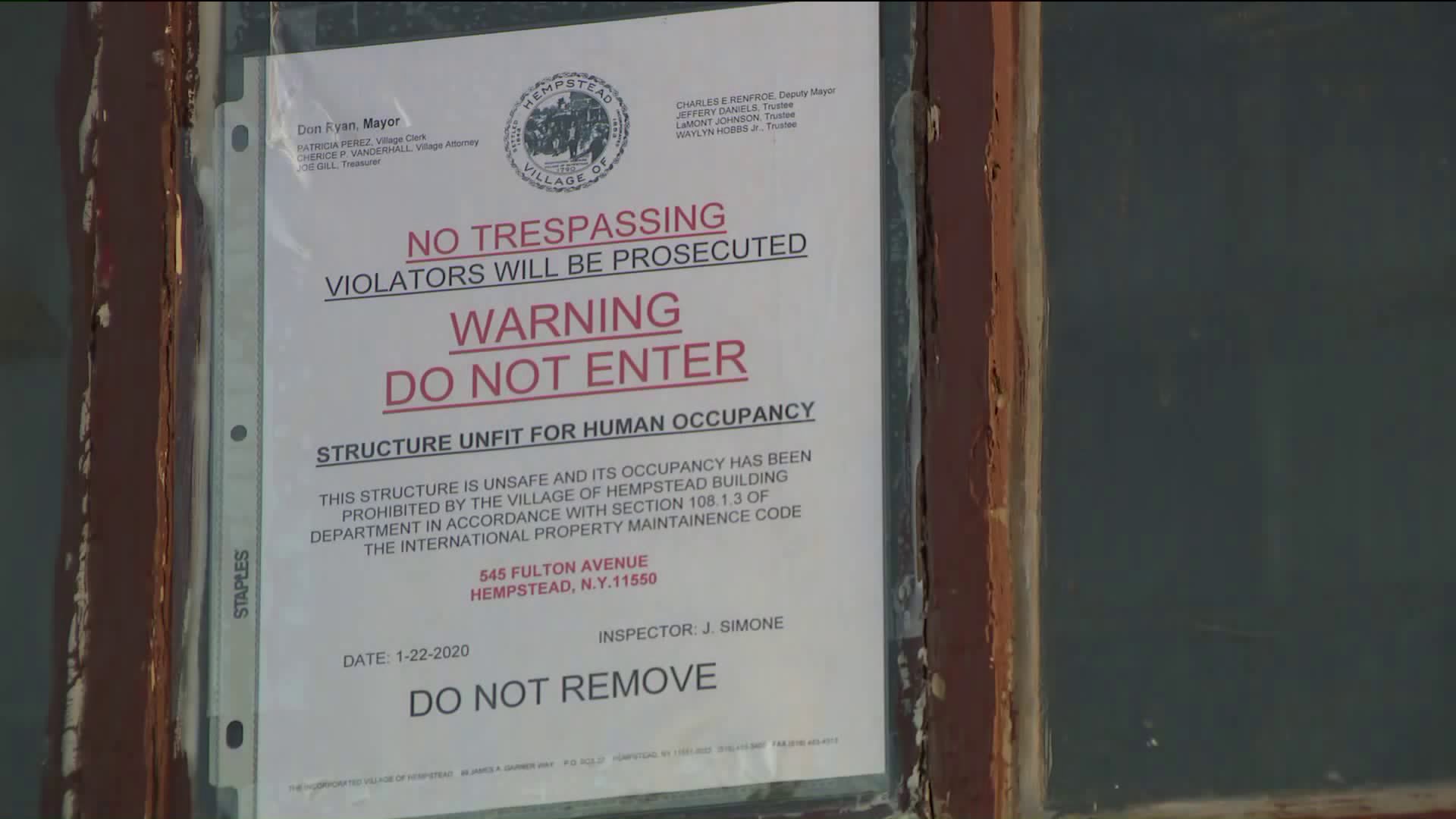 Residents of a Hempstead building were just an hour away from death Wednesday because of leaking carbon monoxide from illegal gas hot water heaters.

HEMPSTEAD, NY — Residents of a Hempstead building were just an hour away from death Wednesday because of leaking carbon monoxide from illegal gas hot water heaters.

When the fumes started to fill the building, people got sick and called police. Now the landlord could face charges.

"We would have had casualties, all over," First Assistant Fire Chief Kyle Boles said. "This whole building would have been a casualty."

Just after 7 a.m., 911 calls came in for dizziness. Boles was one of the first to arrive.

"I got to the second floor landing and my meter started going off," he said.

Boles went from apartment to apartment and he said he found high readings throughout the building.

Residents were disoriented. They complained of headaches, and even vomiting. Boles said he found a woman and her baby unconscious in a bedroom.

According to a local legislator, the landlord converted the building's heating source about a few years ago, resulting in increased heating bills for residents It's why some say they shut off the heat altogether, until this recent cold snap.

Heating in the building has been shut off.