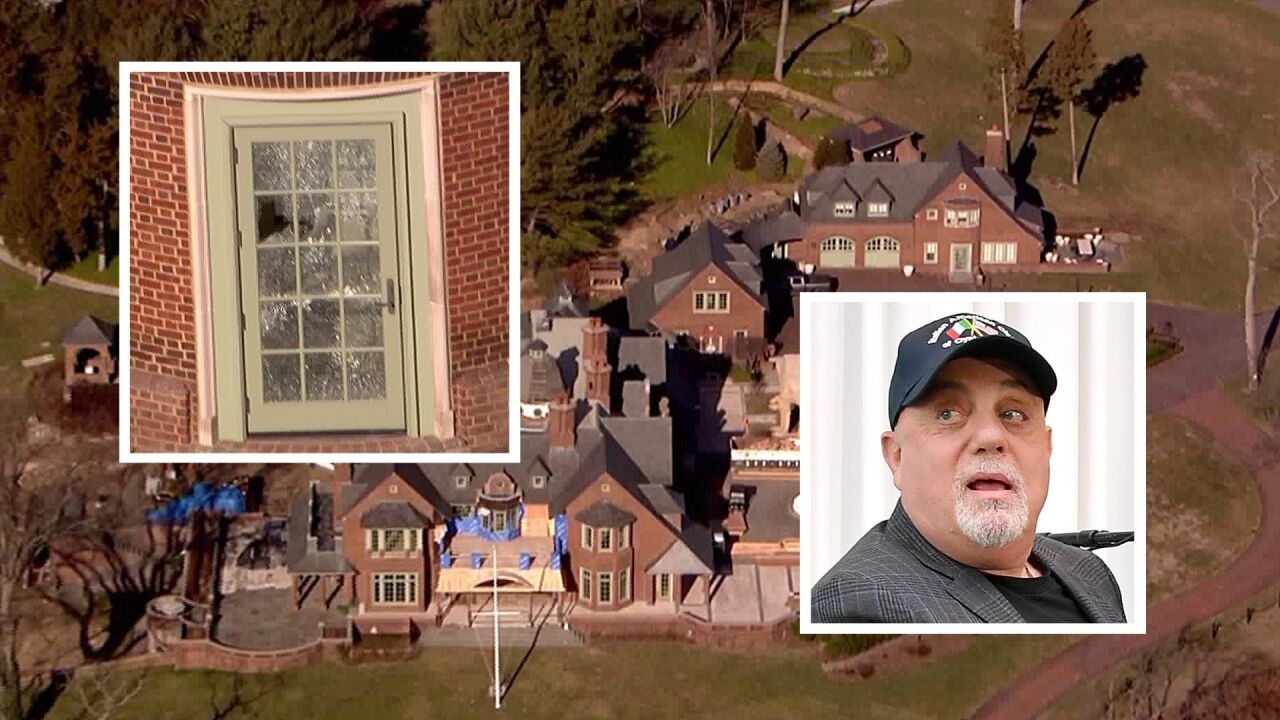 AIR11/Getty Images
AIR11 was over the property after Billy Joel&#39;s Long Island mansion was reportedly broken into and vandalized in Centre Island in January 2020.

LONG ISLAND — Iconic singer-songwriter Billy Joel's mansion on Long Island was reportedly broken into and vandalized over the weekend.

According to police, someone broke into the Centre Island home, located on the private Centre Island Road, at some point between Saturday afternoon and Monday morning.

Authorities said someone gained access to the home after breaking a door to the garage. AIR11 flew over the property Wednesday and captured what appeared to be a door with broken window panes next to a garage.

The investigation revealed that once inside, the intruder damaged twelve motorcycles and a home office, police said.

TMZ reported that the property belongs to the iconic "Piano Man" hitmaker.

Detectives request anyone with information regarding the above listed crime to contact Nassau County Crime Stoppers at 1-800-244-TIPS. All callers will remain anonymous.