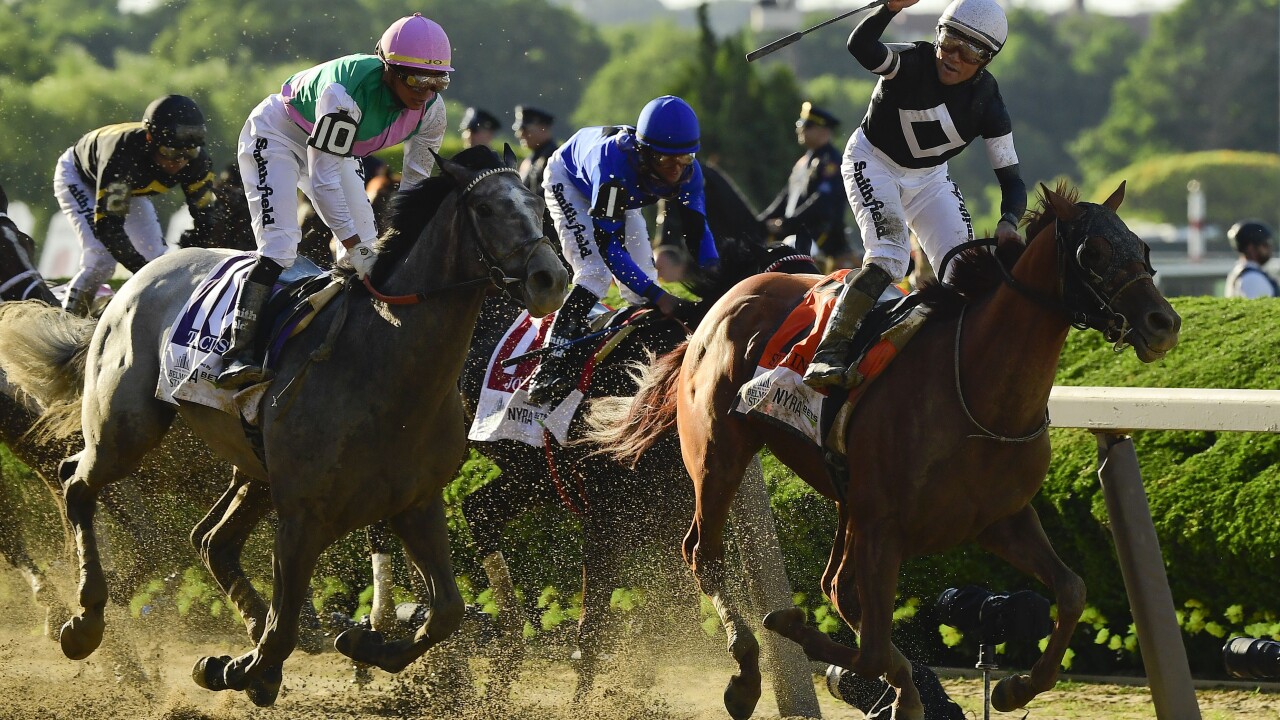 Steven Ryan/AP
Jockey Joel Rosario, atop Sir Winston (7), right, reacts after crossing the finish line ahead of Tacitus (10), with jockey Jose Ortiz up, to win the 151st running of the Belmont Stakes horse race on Saturday, June 8, 2019, in Elmont, New York.

ELMONT, N.Y. — The Belmont Stakes on Long Island will take place June 20 in front of no fans as the first leg of horse racing’s Triple Crown, the New York Racing Association announced Tuesday.

This is the first year the Belmont will take place before the Kentucky Derby and Preakness.

The Derby was moved to Sept. 5 and the Preakness to Oct. 3.

The rescheduled Belmont will be contested at a distance of a mile and an eighth instead of the race’s trademark mile and a half that has been in place since 1926.

Over the weekend, New York Gov. Andrew Cuomo announced the state would take another step toward reopening its economy by allowing horse racing tracks and Watkins Glen International auto racing to reopen in June.

Horse and auto racing statewide has been shut down since the coronavirus pandemic arrived in New York in March.

As key health indicators continue to show New York has gotten past the worst of the outbreak, the governor has begun to slowly allow some industries and businesses to reopen under strict guidelines.