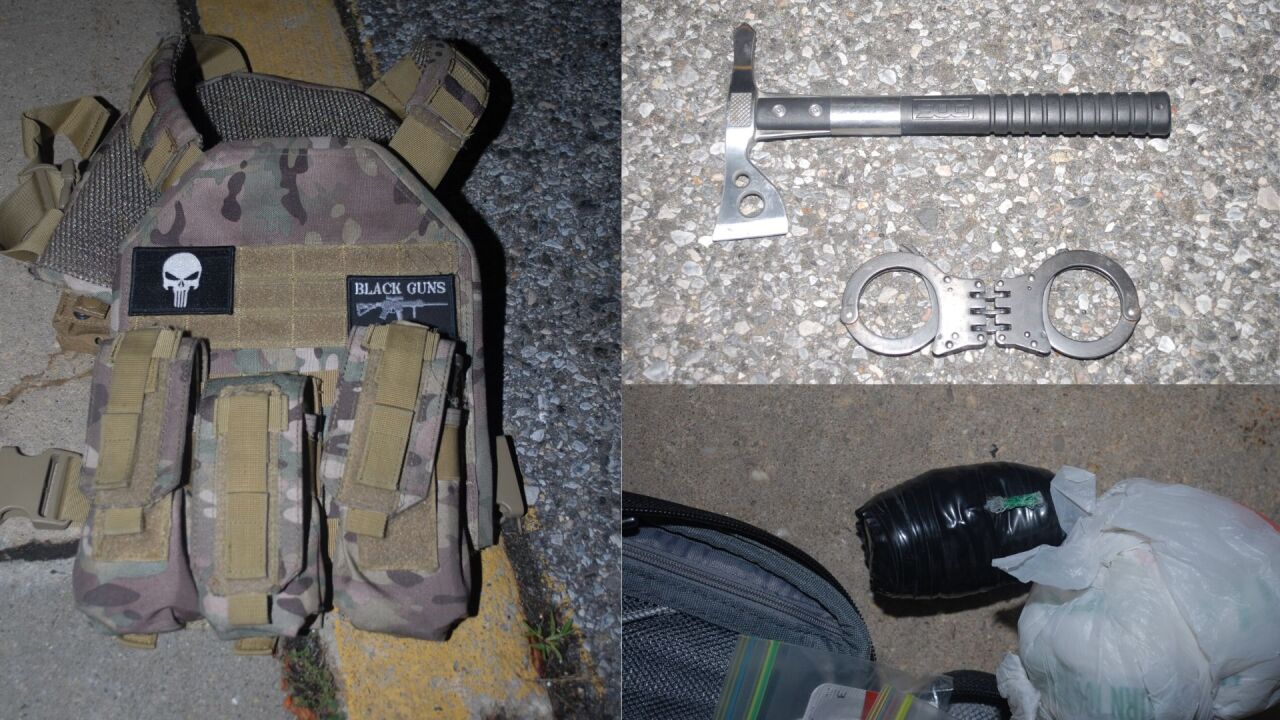 Robert Roden, a 33-year-old Mastic Beach man who was wearing a tactical vest and has no affiliation with the hospital, was found around 9 p.m. Tuesday, University Police Chief Robert Lenahan said.

"Upon taking the individual into custody, officers observed a suspicious object in his backpack," Lenahan said.

Off-duty NYPD Detective Salvatore Billigmeier happened to be at the hospital when he observed the man arguing with a hospital worker, according to Chief of Detectives Rodney Harrison.

When Roden returned with a backpack, Billigmeier followed him and alerted the SUNY Police department. Roden was subsequently apprehended, and officers retrieved a firearm, multiple 9mm magazines and a suspicious device, Harrison tweeted.

Excellent job by Detective Billigmeier of the 107th Detective Squad for springing into action even when off-duty. Billigmeier was at Stony Brooks University Hospital when he observed an individual arguing with a hospital worker. pic.twitter.com/2sc6bg032e

Two floors of the hospital were evacuated and the emergency room wasn't reopened until around 1:30 a.m. Wednesday.

Local police are working with the FBI on the investigation.